Black in America: I am tired

When hope is choked, the despair of knowing that this place will never be home abounds

by Joseph A. Brown
Opinion
Justice 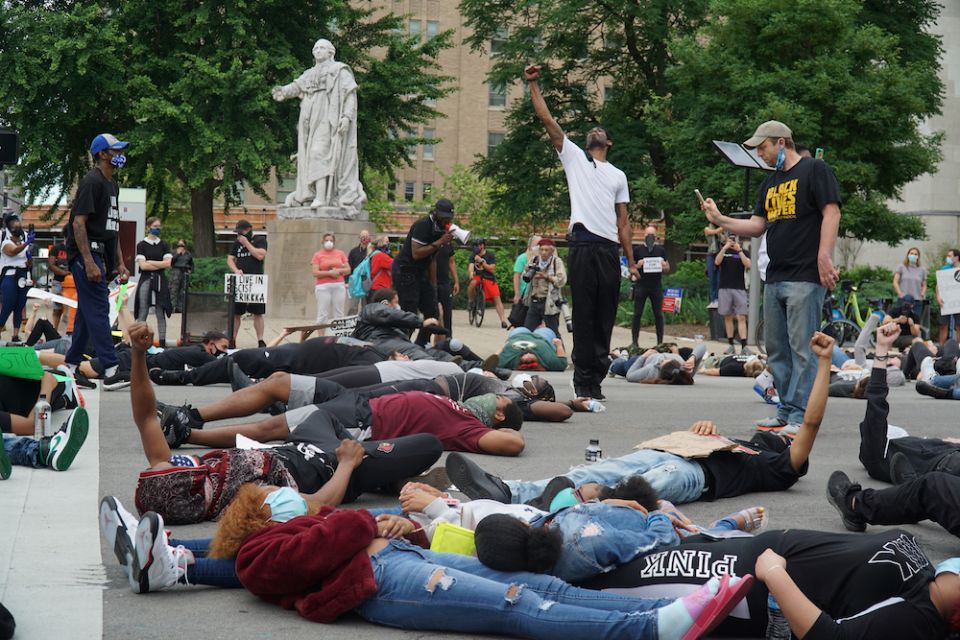 James Baldwin used the titles of Black sacred songs ("the Spirituals") as the titles of many of his books. Perhaps the most influential of his non-fiction works is The Fire Next Time. The title comes from "God gave Noah the rainbow sign / No more water, the fire next time" in "Mary Don't You Weep."

At this point, right now, everywhere in this country both of those songs are being performed — in the streets, where protests and uprisings are staged daily; in homes quarantined because of a medical pandemic and because of the utter exhaustive fear induced by lives lived under the crushing weight of an oppression that has held us down since the 1500's, when African enslavement became the foundation of capitalism in the modern world. The fire has been burning within like a slow-moving, but nevertheless nearly fatal, cancer. The utter despair of knowing that this land will never be home, that we will never be citizens, that none of us can be protected from the state — the trauma of that despair chokes our spirit and makes it almost impossible to draw a healing breath. So we try to find a song that will help us perform hope.

But hope has been shot to death, in cars, in living rooms, on street corners. Hope has been choked to death and dragged in chains behind cars and trucks. Our children should be the great gifts of hope bestowed on us by God. And our children are frightened, hungry, ignored, abused and far too often abandoned when parents and relatives are separated, by poverty, incarceration or murder.

I am tired. Is my fatigue terminal? I hope not. But I have to turn off the television and the telephone. Where will I find the switch that turns off my mind at night? Where will I find a distraction effective enough to stop me from wanting to sit by myself and cry? What work is so compelling and vital that it can make me forget that I am helpless, that I cannot house every homeless student I know; that I cannot heal every broken heart that comes to me for anointing; that my old songs cannot give strength to those who are in the streets because they have nothing left to hope for, or to lose.

I am tired. No official letters from authority figures in the church will calm my heart. Like the people Thea Bowman honored in the singing of her song, I am a long, long ways from home. In my 75 years I have learned to be tolerated, within every white institution where I have had to be schooled, trained for ministry or employed. Tolerated. But when will my life experience be valued as more precious than gold? I can tell myself that "I got a right to the tree of life," but if that tree is protected by the police as being the property of someone else, is my song only a delusion? 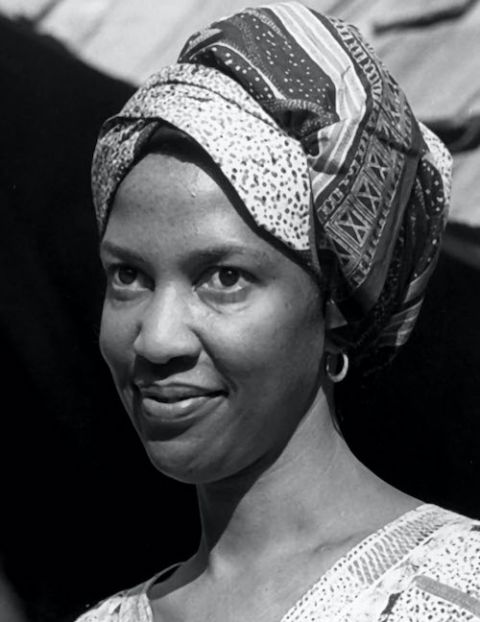 Sr. Thea Bowman, the only African-American member of the Franciscan Sisters of Perpetual Adoration, is pictured in this undated photo. (CNS/Mississippi Catholic/Beatrice Njemanze)

And yet … I live. I know how Samuel felt, looking over the land and finding David, ready to slay the most gigantic of enemies. I know how Moses felt, watching Joshua leave with his companions on their clandestine search for a "promised land." Black people in America — we have been hungering for home since our ancestors woke up in the holds of slave ships and began groaning and moaning and humming and singing until the nightmare of their reality was made momentarily endurable. I see young people gathering, whose lives have been marked by Trayvon Martin, Tamir Rice, Philando Castile, Alton Sterling, Sandra Bland, Michael Brown, and now Ahmaud Arbery, Breonna Taylor and, Oh, Dear God! George Floyd.

Their dying cannot be in vain. Those who have clung to privilege and denial, those who have become addicted to racism must do what every Catholic who has attained reason is required to do. Face the brokenness. Admit the sin, the turning away from God and their sisters and brothers. For that is who we truly are. Ask for forgiveness and, then, make a firm commitment to sin no more. Oh, yes; and then act like pardon has been bestowed by doing what is required for reconciliation, restoration and justice.

Black people can no longer be the scapegoats cast out and sacrificed for the privilege of others. We all got a right to the tree of life. It may still be possible to avert the "fire [this] time."

[Jesuit Fr. Joseph A. Brown is a professor in the Africana Studies Department at Southern Illinois University.]

Editor's note: Sr. Thea Bowman's singing of "Sometimes I Feel Like a Motherless Child" is in the speech linked above and here. She begins at approximately minute 7:15. You can listen to a recording of the full song by Odetta [Holmes] here and a recording by Aretha Franklin of "Mary Don't You Weep" here. A full reading by Jesse L. Martin of James Baldwin's The Fire Next Time is here.

Commentary | Black in America: I am tired

One of the values of the novel