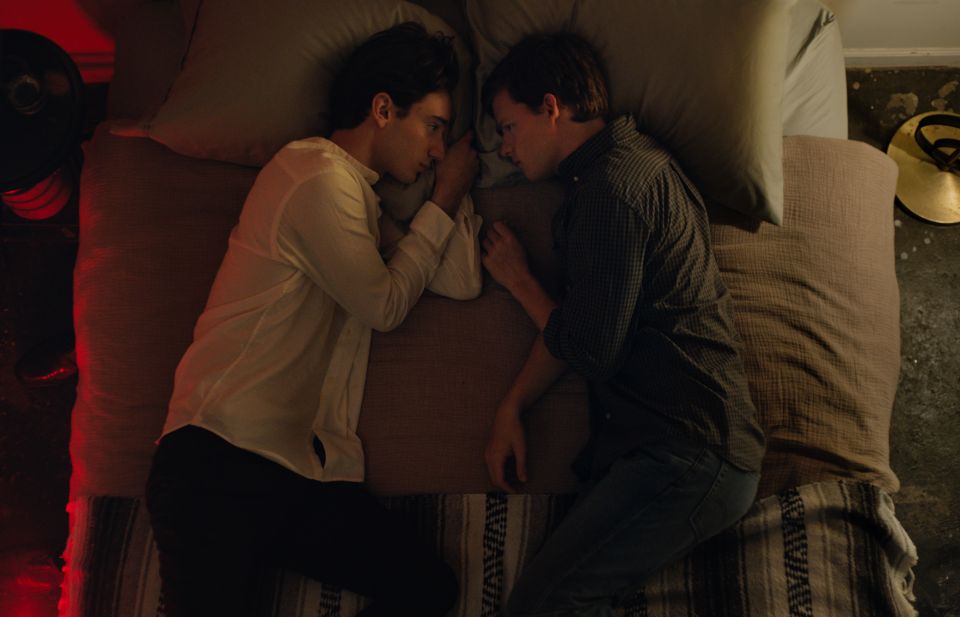 Jared Eamons (Lucas Hedges) is 18 and the only son of car dealer and Baptist preacher Marshall (Russell Crowe) and his wife Nancy (Nicole Kidman.) They live in Arkansas and the church is pretty much the center of their lives.

Jared doesn't seem to mind his father's heavy-handed moralistic preaching during services. Though he kisses his girlfriend, Chloe (Madelyn Cline), at the end of a date, he is unresponsive to her willingness to go further. She thinks it is because their parents want them to wait to have sex before marriage. Just before he leaves for college, he breaks up with her.

At college he meets Henry (Joe Alwyn). Jared is interested but inexperienced. He is traumatized when Henry rapes him and then confesses that he has sexually assaulted other young men.

Jared decides to go home for a visit. Things seem fine until Henry calls and tells Nancy that Jared is gay (perhaps because he fears that Jared will talk about his transgressions, though the film does not make it clear).

Nancy and Marshall are stunned by this revelation and confront Jared. Seeking wisdom, Marshall asks two church elders to come over to talk about what to do. They decide that gay conversion therapy is the answer. Marshall offers Jared an ultimatum, saying he cannot let Jared live under the same roof and work at the dealership unless he changes.

Even though he is an adult, Jared agrees because he has no other option. His mom drives him to "The Refuge," where he will undergo a two-week assessment program. Jared discovers that most clients move from the assessment to the residency program that can last a year. It only takes a few days for Jared to realize that he is who he is despite program director Victor Sykes' (Joel Edgerton) heartless words that God cannot and will not love them the way they are now.

"Boy Erased" is based on the 2016 book Boy Erased: A Memoir by Garrard Conley. I bought the book and was able to read several chapters, enough to see that though some moments in the book are conflated or adapted for cinematic purposes. Otherwise, the film reflects Conley's memoir well.

Gay conversion therapy, a myth believed by some to cure LGBTQ people of their sexual attractions and orientations, is now considered harmful and remains controversial. However, only 13 states and Washington, D.C., have banned the cruel boot camp-like practice that stems from the belief that all non-straight sexual orientations are choices rather than something people are born with. It is simply impossible "to pray away the gay" and change a person by threatening hell and abandonment by God.

The most intense event of the days Jared spends at The Refuge program is a mock funeral for a young man, Cameron (Britton Sear), who lapses. In front of a casket, with all the participants looking on, he is made to fall on his knees and bend over as Sykes, his parents and little sister, strike him with a Bible. The humiliation of it all brought me to tears.

Not long after, Cameron commits suicide. But it is during a role-playing session later that Sykes pushes Jared to his own breaking point.*

Hedges is known from the Netflix series "13 Reasons Why" on teen suicide. He is a 21-year-old actor, but retains his understated ability to convince us that teenage crises are real. Kidman's portrayal of the mother changes from falling in step with her husband and the elders, to finally telling her son that she loves him and God, but his father is complicated. The film is a wake-up call to parents, that they be engaged in their children's lives and love them unconditionally as God does.

The theology on which gay conversion therapy is based is a perversion of everything Christianity stands for. It blames the family or nurture for homosexuality rather than exploring nature. In "Boy Erased," each participant must make a family tree chart and designate people as alcoholic, homosexual, someone who had an abortion, or other moral failing to figure out what caused them to be gay. Often it is a parent who is to blame, especially the father. 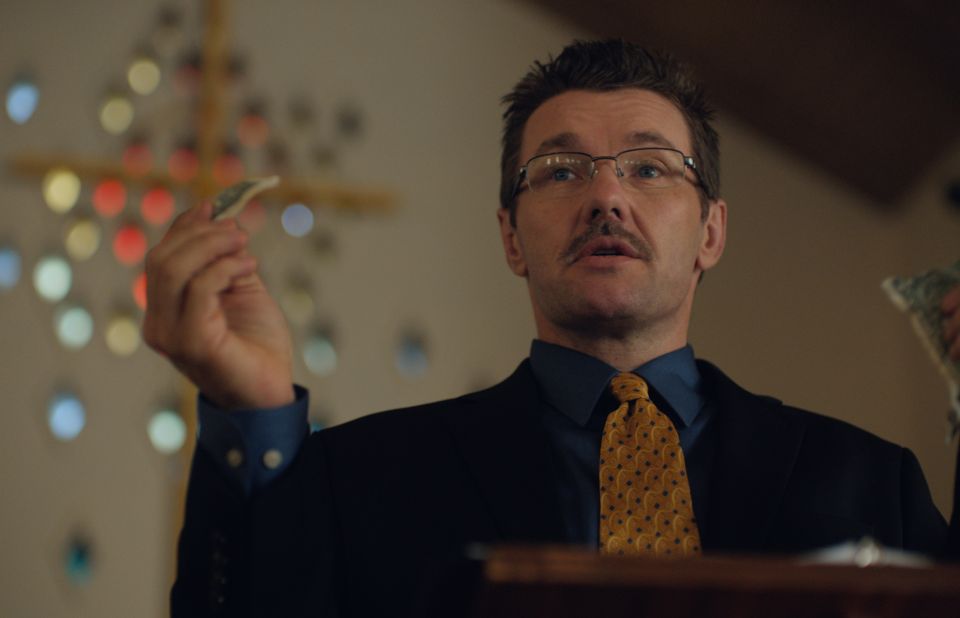 Edgerton's character seems to be based off John Smid, the real life director of the fundamentalist Christian group Love in Action and its Refuge program that features in Conley's memoir. Sykes in the film and Smid in the book are "ex-gays." The real and fictional characters later leave the program and marry their boyfriends.

You will note how many Australian actors are in this film including Troye Sivan who plays Gary, another teen, who counsels Jared, "fake it 'til you make it" to get out of further "therapy." Australian musician Flea is Brandon, the creepy boot camp sergeant who tears down supposedly to build up.

This is really Edgerton's film: he wrote the script, plays a key character, directs and co-produces. The film is characterized by more restraint than the story deserves. None of the characters are diminished by stereotyping, none overplay their part. This film will break your heart, as the unsuccessful gay conversion therapy breaks spirits. To date, almost 700,000 persons in the U.S. have undergone programs like the one portrayed in the film.

"Boy Erased" is a starting point for parents wondering what God is asking of them when they discover their child is LGBTQ. First, you love your child unconditionally and go from there. You don't hurt them, or give them pain and suffering, so that "good" (change of sexual orientation) may come of it, as the Refuge's homemade handbook dictates.

"Boy Erased" may not be a perfect film, but it is probably one of the most important films you will see this year.

The transcendent music of Ennio Morricone