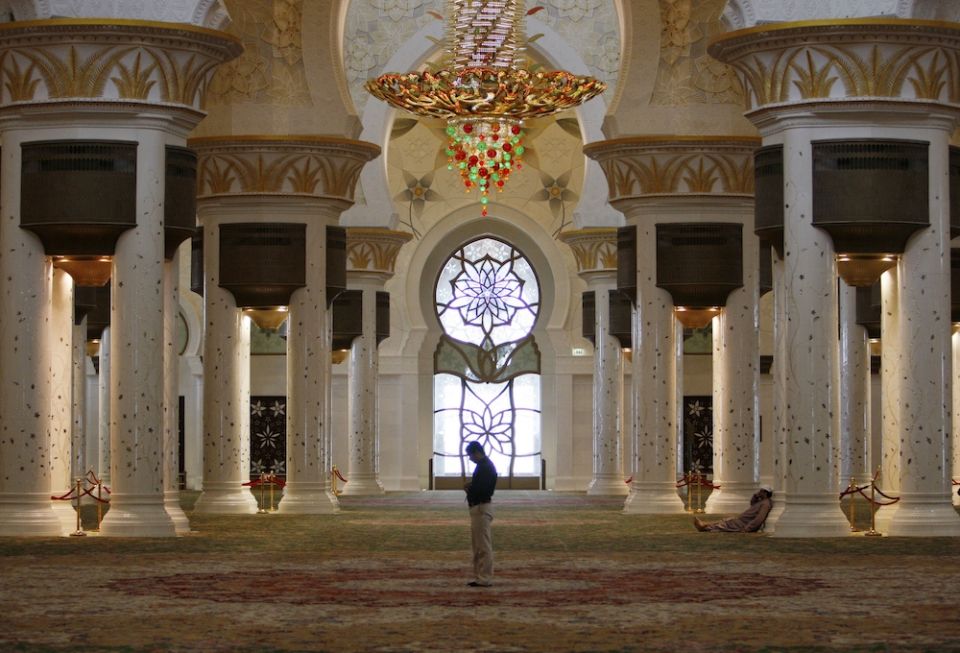 Just days into his papacy, Pope Francis announced that dialogue with Muslims would be one of the priorities of his pontificate. Since then, he has visited numerous majority-Muslim countries, met with Muslim families and leaders, spoken prophetically of the need for Catholics to treat Muslims — particularly those who are migrants — with respect, and performed meaningful gestures that speak to the church's esteem for Muslims declared at the Second Vatican Council.

Though his newest encyclical, Fratelli Tutti, never once mentions the words "Islam" or "Muslims," it is part of the broader legacy that Francis will leave the church on Catholic-Muslim relations, as well as interreligious relations more broadly.

Personal experiences of Catholic-Muslim dialogue frame and inspire Fratelli Tutti. At the beginning of the document, the pope invokes his own namesake, St. Francis of Assisi, who met with the Sultan al-Malik al-Kamil amid the Crusades. He closes the encyclical with mention of Blessed Charles de Foucauld, who lived and died among Muslims in North Africa in the 20th century.

Francis' own experiences of friendship with Muslims inform the encyclical, too. He writes that his choice to focus on the theme of "human fraternity" was inspired in part by the joint document he wrote and signed with Grand Imam Ahmad al-Tayyeb, the head of Al-Azhar, a well-known Islamic university and mosque in Egypt. During Francis' pontificate, the two men formed a friendship, and one of its fruits was the joint document on the values — informed by their respective faith traditions — that they share. Several times throughout the encyclical, Francis cites their joint declaration and quotes a significant portion of it toward the end. Journalist Claire Giangrave commented that, "You could almost say this is an encyclical written with four hands. This is Pope Francis and the Grand Imam coming together."

In the encyclical, Francis also wants to draw our attention to a lesser-known episode from St. Francis' life. As Christian and Muslim armies were fighting in Egypt in 1219, St. Francis went to the camp of the Muslim sultan in a bid to make peace. The pope calls it an "extraordinary" encounter, writing that St. Francis "did not seek did not wage a war of words aimed at imposing doctrines; he simply spread the love of God." Though Francis may have come with the goal to convert the sultan, he did not succeed, and his later writings show him committed to a different interreligious approach: not trying to convert Muslims through argumentation and denunciation, but rather living alongside them in a spirit of loving presence, hospitality and humble service.

Christians should be open about their identity and faith, the saint said, and can witness to the message of the Gospel when they discern it pleases God. For Francis — both the pope and the saint, it seems — one's fidelity to the Lord is not simply measured by the doctrines we profess but rather how we love others. Love is the ultimate standard; when we love others as siblings in the human family, God is there.

It is not only significant that Francis presented the encounter between the saint and the sultan, but also how he portrayed this encounter. As contemporary Franciscan scholars have observed, the 1219 meeting between Francis and al-Kamil has often been invoked for triumphalist ends and seen as an encouragement to proselytize to Muslims. St. Francis is often depicted in artwork and later renditions of this story as a commanding preacher, rather than as the humble servant of others. Even today, there are debates among Catholics as to which version of St. Francis should be our model for relations with Muslims.

With this encyclical, Francis has let us know where he stands in that debate. 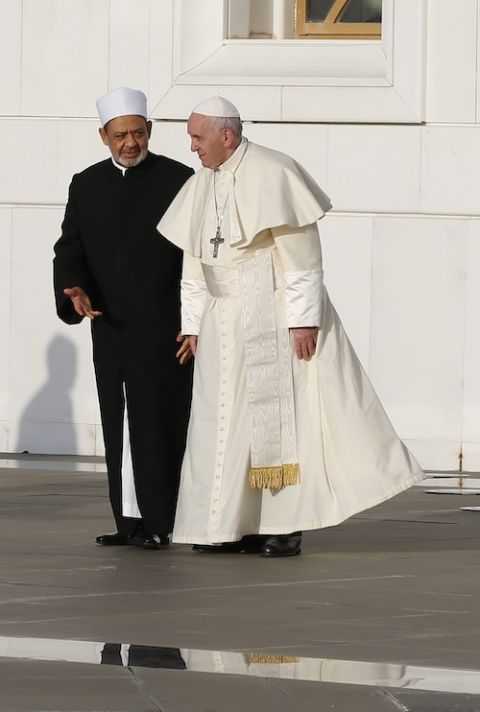 As a scholar-practitioner of Muslim-Christian dialogue and someone who studies religious pluralism, I was particularly struck by this line in the encyclical, "The Church esteems the ways in which God works in other religions." Francis goes on to quote Nostra Aetate, stating that the church "rejects nothing of what is true and holy in these religions. She has a high regard for their manner of life and conduct, their precepts and doctrines which … often reflect a ray of that truth which enlightens all men and women."

Rather than seeing other religious traditions and communities as competitors or threats, Francis wants us to be on the lookout for what is "true and holy" in them, seeing those many things as pleasing to God and even as the result of God's working among us. This line could also be speaking to what Francis had in mind in the joint document he signed with Imam al-Tayyeb, where they said that "the pluralism and the diversity of religions … are willed by God in His wisdom."

Many Catholics bristled and pushed back at the notion that God "wills" religious diversity, afraid that it subordinates or relativizes the role of Christ. Without fully explaining what he intended by that passage, Francis in Fratelli Tutti wants Catholics to see other religions as positive forces in the world, which help to achieve God's purpose of universal human fraternity.

Seeing those of other faiths as partners in a common mission, Francis included a Muslim scholar, Judge Mohamed Mahmoud Abdel Salam, as a speaker in the event to mark the encyclical's release. This is the first time a Muslim has presented on behalf of a papal encyclical, speaking among Catholic prelates and from the chairs typically occupied by cardinals in the synod hall.

Abdel Salam, who is a former advisor to Imam al-Tayyeb and works for the Higher Committee on Human Fraternity to implement the joint document, said, "As a young Muslim scholar of Shari'a, Islam and its sciences, I find myself — with much love and enthusiasm—in agreement with the pope, and I share every word he has written in the encyclical."

Francis concludes the encyclical with two prayers. One uses Trinitarian language and is meant for Christian communities and ecumenical contexts. The other is a "Prayer to the Creator," which uses language that people of other religions — including Muslims and Jews — may feel comfortable with and could be used in some interfaith settings. During his pontificate, Francis has not shied away from opportunities for forms of interreligious prayer, and the fact that he put together a prayer that could be said by other believers is evidence of his deep esteem for those of other faiths, his confidence in the prayers of non-Christians and his recognition that, even amid our differences, there is so much that binds the human family together.

[Jordan Denari Duffner is a doctoral student of theology and religious studies at Georgetown University, where she focuses on Catholic-Muslim relations. She is the author of Finding Jesus Among Muslims: How Loving Islam Makes Me a Better Catholic (Liturgical Press, 2017) and Islamophobia: What Christians Should Know (and Do) about Anti-Muslim Discrimination, to be published with Orbis in early 2021.]

Interfaith connections need not be frightening