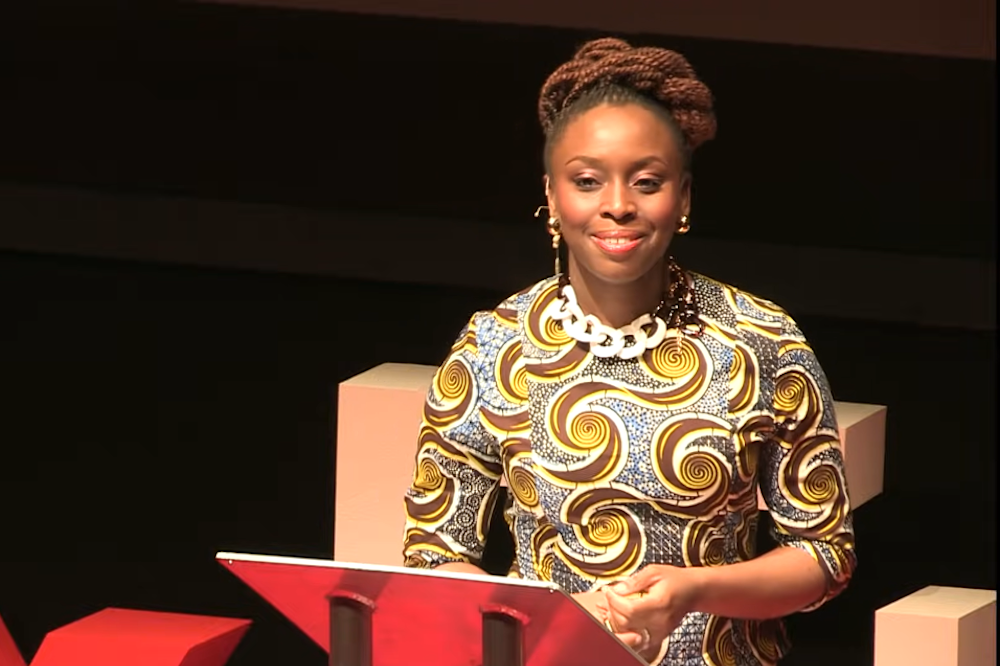 The Vatican's newspaper has published a very personal reflection on Pope Francis' encyclical Fratelli Tutti by Chimamanda Ngozi Adichie, a self-described feminist writer from Nigeria who has become one the world's most prominent young Anglophone authors.

"Dreaming as a single humanity," was featured in the July 5 edition of L'Osservatore Romano, the Holy See's Italian-language daily.

The original English version of the 43-year-old writer's article appeared a few days later on the website of Vanguard, a Nigerian newspaper and media group.

In her article, Adichie uses the pope's encyclical on human fraternity as a lens through which she reflects on certain difficult events in her life and her struggles with her Catholic faith.

Who is Chimamanda Ngozi Adichie?

Chimamanda Ngozi Adichie was born in Enugu, in southeast Nigeria, in 1977.

She grew up on the campus of the University of Nigeria, Nsukka, where her father James Nwoye Adichie was a professor and her mother, Grace Ifeoma, held the post of secretary general.

She went to the United States at age 19 to study communications and political science at Drexel University in Philadelphia, eventually getting her degree at Eastern Connecticut State University. She also has a master's degree in creative writing from Johns Hopkins University and a master's in African studies from Yale.

Married to a Nigerian doctor and mother of a little girl, she divides her time between the United States and her native land.

Adichie is the author of several best-selling novels, including Purple Hibiscus (2003) and Half of a Yellow Sun (2006). A third novel, Americanah (2013), has sold more than 500,000 copies and has been translated into some 30 languages.

Her book-length essay, "We should all be feminists," almost instantly made her a feminist icon. She read excerpts of it during a TEDx Talk in 2013 and it quickly exceeded 3 million views on YouTube.

The French fashion house, Dior, used the phrase on a new line of T-shirts and the popstar Beyoncé actually featured a segment of Adichie's presentation in her 2013 hit song "Flawless."

Adichie said she read the pope's encyclical on human fraternity at a particularly stressful time in her life. In the space of less than a year, she had just lost both her father and mother, to whom she was very close.

"I read Pope Francis' encyclical Fratelli Tutti in this state of emotional upheaval. It felt like a gift which, until I received it, I did not know I needed," she writes in the article published in L'Osservatore Romano.

She notes that Fratelli Tutti raised a series of questions for her, especially regarding the pope's call to see ourselves as "one human family." Adichie points out that she grew up Catholic and "as a teenager, I wore my Catholic identity like a favorite dress, joyfully and reverently." But she says her "pious passion withered" as she experienced an "uncharitable chill" descend on her parish church.

In her article, she lists several episodes that are the antithesis of human fraternity.

A church that is anything but family-like

One is the couple who was forbidden to receive Communion because their child had married an Anglican. Then there are the poor people who were denied funerals because they were not up to date with their financial contributions to the church. She notes how altar boys were sometimes slapped at the altar during Mass and how women were not allowed inside the church under the pretext that they were not sufficiently covered.

Adichie also recalls the words of Cardinal John Onaiyekan, the retired archbishop of Abuja, who once described how African bishops are often not treated as equals by their confreres in Europe and other places where Christianity has been around much longer. And she calls this for what it is — racism.

"It is common now to tiptoe around certain words such as racism, even when it is the only word that most accurately describes a situation," she insists.

"Pope Francis writes that 'instances of racism continue to shame us, for they show that our supposed social progress is not as real or definitive as we think.' Black clergy and religious cannot possibly share the surprise implied in this statement because they know, from experience, that social progress is far from complete," Adichie points out.

"It is common now to tiptoe around certain words such as racism, even when it is the only word that most accurately describes a situation."

"A person who is slowly finding solace in Catholic rituals"

She also has serious issues with the lack of charity within the church in Nigeria, as she notes in recalling the funerals of her mother and father.

"My family's experiences during my parents' funerals served to reaffirm, if not renew, my reservations about the Nigerian Church," she says.

"So much could have been handled with compassion for the grieving but was not. So many opportunities to show dignity were left unused. Our communication with the local church was more of an exercise in priestly power than anything else," she laments.

She also tells how the parish priest berated her during her mother's funeral for an interview Adichie had given some months earlier in which she criticized the church in Nigeria's obsession with money.

"And so, I was shocked by the parish priest standing at the altar and issuing a rejoinder, during my mother's funeral, in terms so petty and so ill-timed as to trivialize the crushing enormity of her death," she writes.

"One might expect that I, in light of this, would retreat even more firmly from the church. On the contrary, I have begun again to regularly attend Sunday Mass, driven by grief's hunger," she confesses.

And yet Adichie does not consider herself a Catholic, but rather "a person who is slowly finding solace in Catholic rituals."

"The distinction is important, because identity implies responsibility," she believes.

"To be Roman Catholic is to be expected to account for all its positions, which I, in all honesty, cannot," she admits.

Adichie says she is struck by the way Fratelli Tutti stresses the "centrality of the human imagination" and notes that the encyclical has helped her re-imagine the church.

"A place that might be described with these words, which Pope Francis uses in reference to people who care in concrete ways about others: How marvelously human!"