Catholic school employees have a choice to make, now that their protection is in peril 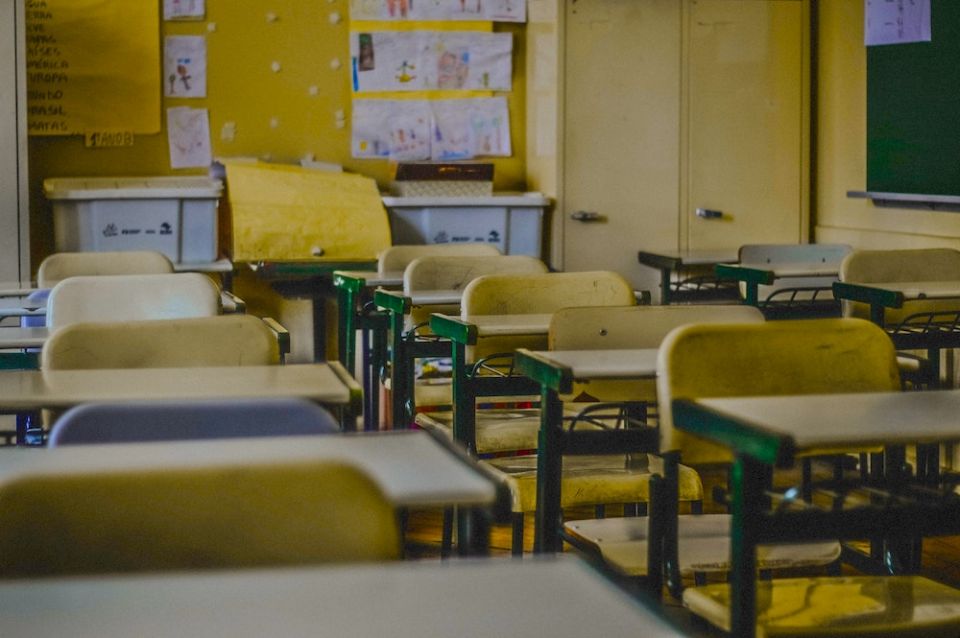 A recent Supreme Court case confirmed that religious employers enjoy broad immunity from employment laws, leaving workers vulnerable to abuse in the name of religious liberty. I found out the hard way that teachers in Catholic schools have practically no employment protections. I loved my job teaching religious studies in a Catholic high school, but I was terminated after reporting anti-gay harassment and a student sexual assault.

A student improperly accessed a dating website, discovered I was gay, and outed me to the school community. A small group of students then harassed me in person and online, making every day on the job profoundly stressful. When I asked my school administration to follow its anti-harassment and discipline policies, I was told I was the problem.

I received positive performance reviews as recently as one month before I was fired. The principal even said in my termination meeting that I had been a good teacher. Yet suddenly I was "not a good fit with the mission" of the school and was dismissed. I filed claims of discrimination, harassment and retaliation, but the school used a religious liberty loophole called the "ministerial exception" to block them.

This exception holds that employees critical to passing on the religious mission of an organization function under the law as religious "ministers." Since the courts do not want to tell religious organization whom they should hire or fire, the courts simply dismiss employment lawsuits from such employees.

The Supreme Court greatly expanded the exception last month, stripping civil rights protections from hundreds of thousands, if not millions, of employees in religious workplaces across the U.S. Almost all legal options for resisting the exception have been exhausted, but there may be one last possibility for Catholic school teachers: organizing for strong contracts.

Catholic teachers' unions could demand that their employment contracts protect them from the ministerial loophole.

The Supreme Court ruled that ministerial employees are not protected by non-discrimination laws in a 2012 case, Hosanna Tabor v. EEOC. That's why many racial discrimination claims have been thwarted by the "ministerial exception," as have sexual harassment cases and retaliation complaints from employees who were terminated for reporting misconduct.

For example, one Catholic high school principal said she was terminated for not "sticking up for" a priest who was making sexual comments to eighth grade girls. She sued, but her suit was dismissed because the school claimed she was a "minister." There is nothing such employees can do about being terminated — no day in court, no compensation, no justice.

Similarly, when I was terminated , the school immediately claimed I was a "minister" of the Catholic faith because I taught religious studies.

Of course, I never celebrated Mass or heard confessions, or so much as proclaimed the Gospel from the church lectern. I never underwent ministerial training or held a ministerial title. There was even a separate department of "formation and ministry" at the school tasked with all things, well, ministerial.

Although my school attempted to apply the exception to me, Hosanna Tabor's articulation of it potentially left many employees untouched, meaning they could still seek the protection of employment laws.

All of that changed in July. In Our Lady of Guadalupe v. Morrissey-Berru, the Supreme Court looked at only one criterion for being a "minister": whether an employee has any "religious function." This new test broadens the exception to sweep up many more Catholic school employees.

The two terminated employees in Guadalupe were ordinary Catholic elementary school teachers. They had no specialized training in religious ministry or studies, had no ministerial titles and were not even required to be Catholic.

One of the teachers, Agnes Morrissey-Berru, was in her 60s and alleged age discrimination after she was terminated and replaced by a younger teacher. The other teacher, Kristen Biel, sued for disability discrimination because she was fired shortly after requesting time off to undergo surgery and chemotherapy for breast cancer. Sadly, she passed away last year.

Although the teachers devoted most of their time to secular subjects, the court focused on the little time they spent on religious instruction and such things as accompanying students to school Masses. The court agreed with the schools that the women qualified as "ministers" and dismissed their lawsuits.

Practically all Catholic elementary school teachers and likely most high school teachers will now be seen as "ministers." It is also likely that coaches, deans, guidance counselors, admissions counselors, student activities directors and many other positions will be considered "ministerial," as long as they have some role in passing on the religious mission of the school.

Currently there are over 150,000 teachers in Catholic schools in the U.S. In one fell swoop, Guadalupe has effectively converted them all into Catholic ministers who are now vulnerable to unchecked discrimination, harassment and retaliation.

In fact, any employee engaged in passing on the mission of any religious employer could be deemed a "minister." That means Guadalupe may have removed key employment protections from nearly 2 million employees nationwide. Justice Ruth Bader Ginsburg was indeed prescient when she quipped "the breadth of the exemption is staggering."

Some Catholics have suggested we must now rely on the institutional church's own decision-making mechanisms to do the right thing when employees allege mistreatment. But time and again, the hierarchy has proven incapable of policing itself and setting things right.

I and many alums of my former school lobbied the administration for simple changes, but to no avail. Students and parents have demanded reinstatement for several of the over 100 other LGBT teachers and church workers fired in the U.S. over the past 13 years, also with little success.

Of course, none of us needs a reminder that the church's hierarchy persistently refused to take responsibility for the sexual abuse of countless minors. Relying on the hierarchy to do the moral thing is unfortunately, and shamefully, not a viable option.

Only a contract would be able to restrain an employer's activities, but it is highly unlikely that Catholic schools would voluntarily agree in their employment contracts to forego invoking the ministerial exception without a nudge.

One of the few times that employees prevailed against the Catholic hierarchy was in 2015 when the San Francisco Catholic teachers' union opposed the archbishop's move to designate all teachers as "ministers." The new designation would have given the archdiocese immunity from employment laws designed to ensure protection and respect for workers.

In response, Catholic teachers used their people power to authentically embody the Catholic values of solidarity and workers' rights. Educators took to the streets to demand removal of the ministerial language — and they won. Their coordinated, persistent collective action pushed the hierarchy to refrain from abusing a loophole in the civil law.

With the Guadalupe decision, Catholic teachers now have an uncomfortable choice to make. They might increasingly use Catholic schools as mere stepping stones to a better job in a public school where they enjoy more respect and reliable employment protections. But if teachers want to safely remain in the Catholic communities they have grown to love, they must lean on their current union for mutual protection — or do the hard work of forming a union from scratch. The San Francisco Catholic teachers have demonstrated that a strong union can make real gains when it counts.

But union activity would have to go further than the San Francisco Catholic teachers did. Instead of simply remaining silent on ministerial status, employment contracts must stipulate that teachers are not considered ministers by the employer, nor do they function as such. Including that language seems to be the only way that Catholic school employees will be covered by the same employment protections extended to every other worker in the U.S.

Even if employers signed such an agreement, they might attempt to argue it was void once they were sued, claiming the "ministerial exception" gives them a constitutional right to discriminate. But parties are able to "contract away" certain rights. Employers have used coerced arbitration clauses to contract around their employees' constitutional right to a trial by jury for years.

Employers might also claim the "ministerial exception" could not be waived. Courts have disagreed over this issue, but Hosanna Tabor's characterization of the exception as an "affirmative defense" to litigation indicates that an employer should be able to waive it voluntarily.

Now that Guadalupe has hollowed out employment rights for Catholic teachers, it is up to them to decide their fate. Perhaps the last remaining means of preserving both the civil rights of teachers and the religious values they hold dear is to organize for truly fair contracts. Otherwise, they will remain vulnerable to discrimination, harassment, and retaliation — and there will be no way out.

[Matt Tedeschi received his master's degree in biblical studies from Yale Divinity School. He now works as a paralegal for an employment discrimination law firm.]

Commentary | Catholic school employees have a choice to make, now that their protection is in peril

The ministerial exception is still the least bad option