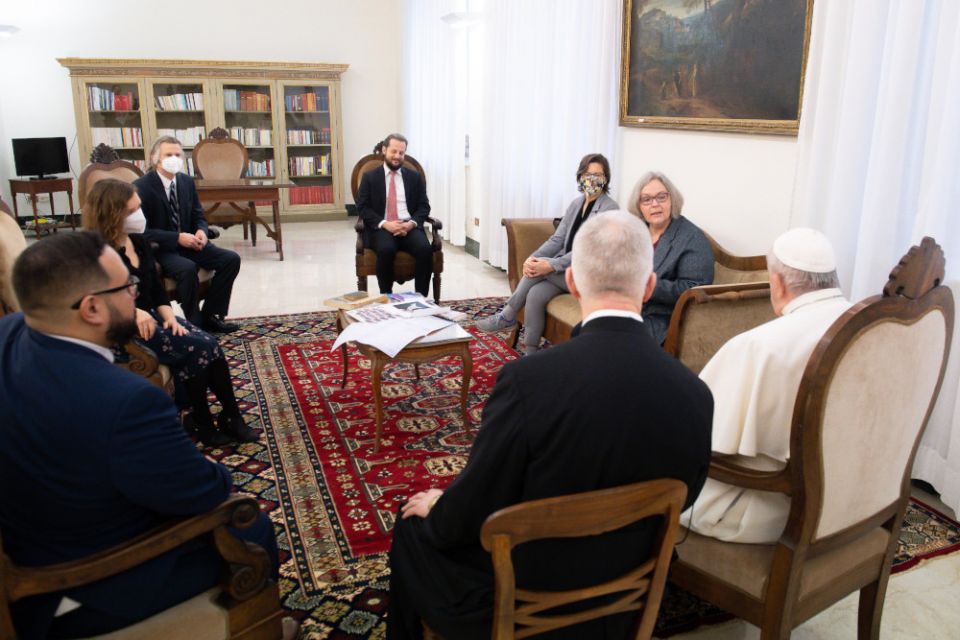 The decision by the United States Conference of Catholic Bishops to close down Catholic News Service was terrible in terms of lowering the standards of Catholic journalism. It was terrible, also, because of its ecclesial significance, which is a related but different concern, one that strikes at a deeper issue for the nation's bishops.

The commentary from Fordham University's David Gibson, published here at NCR, touched on some of the reasons why closing Catholic News Service was ill-advised pastorally. Gibson observed that CNS is "a counterwitness to the proliferation of ideologically driven Catholic media platforms that are driving the church apart, and regular Catholics around the bend — often right out of Catholicism." That is surely true.

It is also clear that not enough bishops were alarmed by the prospect that the only remaining wire service specifically focused on news about the Catholic Church in the United States would be the Catholic News Agency, a subsidiary of EWTN. More bishops need to adopt the posture taken by Bishop Christopher Coyne of Burlington, Vermont, a former chair of the bishops' Committee on Communications. "In Burlington, we don't want anything to do with CNA because of its affiliation with EWTN and the anti-Francis rhetoric on the network," Coyne told America magazine recently.

Several bishops have indicated to me that it was not clear that the complete closing of CNS was what they were voting for last year during the executive session at their fall assembly in Baltimore, when they chose one of five models presented by Archbishop Timothy Broglio, chair of the bishops' Committee on Priorities and Plans. They told me that they understood there would be cutbacks, but not a complete suspension of operations. What is more, there was no real discussion of the proposal except as a necessary budgetary measure.

Here, then, I need to disagree somewhat with the explanation offered by former CNS editor Tony Spence, who told NCR's Brian Fraga, "The culture warrior bishops at the USCCB have always had a certain amount of animus to CNS because it offers straight unbiased reporting. Culture warriors don't want straight unbiased reporting. They want an echo chamber where everyone has the same opinion." That is true, but this was not presented to the bishops as a culture war fight and, if it had been, I doubt it would have secured enough votes to pass, or at least it would have generated more opposition.

No, the deeper – and in some ways worse - problem is that the bishops have lost their own commitment to civic engagement, of which the responsibility for providing reliable information is so integral a part. One hundred years ago, bishops were princes, and they ventured forth into the public square from their episcopal manses as leaders of their flock, powerbrokers of a sort, more akin to a labor leader or a prominent civic leader.

Ironically, after Vatican II called for the church to be an instrument, even a sacrament of the unity of humankind in the world, the bishops lost their footing. They were not clear what tasks were to be ceded to the laity and what remained in their competence. The turbulence of the times, especially the focus less and less on issues of economic justice and more on neuralgic issues of pelvic theology that would come to characterize the culture wars, further estranged the bishops from any kind of civic engagement. Their role was reduced to that of an ethical authority in the public square, and they never grasped the degree to which the church's traditional, personal ethics on sexual matters was difficult to translate into any kind of public ethics, especially in a pluralistic society.

Then came the sexual abuse crisis and many bishops resorted to hiding under their desks.

Now, the bishops largely focus on the internal life of the church. They raise money to support our ministries and our schools. Some may even consider how to evangelize in our secular age. Only a handful routinely and effectively engage the cities in which they live.

You can see this in the official statements responding to the racist terror attack in Buffalo. The statement from the bishops was anemic and did not even come from a bishop. If the bishops' conference needs to save money, cut the communications staff that drafted such an inadequate statement, not Catholic News Service!

Contrast the bishops' statement with the one issued by Chicago Cardinal Blase Cupich, one of the bishops who does engage the society and the culture on a regular basis. Cupich decried the racism that inspired the attack and forcefully denounced the lax gun laws that allowed the violence to become a mass casualty event. The force of his language stemmed not just from an appropriate sense of moral outrage but from his years of civic engagement.

In 2013, during the pre-conclave meetings at which the cardinals discussed what the church needed in a new pope, Cardinal Jorge Bergoglio famously invoked the Scriptural image of Jesus knocking at the door. "In Revelation, Jesus says that he is at the door and knocks," Bergoglio reportedly told the other cardinals, before being elected as Pope Francis. "Obviously, the text refers to his knocking from the outside in order to enter, but I think about the times in which Jesus knocks from within so that we will let him come out."

Too many bishops are content to leave the Lord locked in the sacristy.

There is, to be sure, a problem with culture warrior bishops in the U.S. The deeper problem is that so many other bishops do not know how to engage the culture at all. The prerequisite for evangelization is building up culture. Part of a vibrant culture, a big part, is reliable news. That is why closing Catholic News Service's domestic operations is such a dreadful idea, and should be rescinded.

Broglio may have presented this to the bishops as a financial necessity, but that only shows the degree to which he fails to grasp the importance of reliable news to civic engagement, and the necessity of civic engagement if the Gospel is to be proclaimed.

He challenged the cardinal on racial injustice

Editorial: Extremist attitudes on abortion get us nowhere

Network spells out the consequences of the tax bill