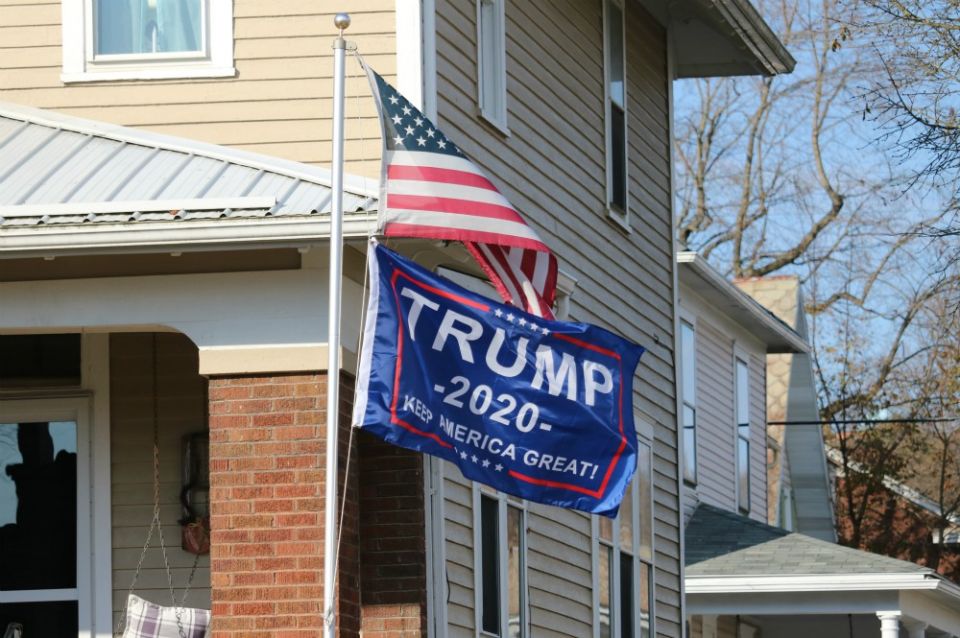 The nation, and more than a few people of faith, seemed to be gripped by a collective fanaticism that condones the unbridled brutality of Donald Trump. The deeper religious, moral and spiritual malaise of this new decade is the way too many people of faith seem to put more faith in redemptive violence than in Christ's love at the core of the Gospel.

The most apt synthesis of our collective fanaticism comes from an unlikely source, the Dallas sportscaster Dale Hansen's Dec. 30 opinion, "Cowboys season is 'perfect metaphor' for life in the U.S. right now."

The short version of Hansen's argument is that Trump can do no wrong for his supporters, and at the same time, his critics and opponents are to blame for everything that does go wrong.

It does not matter to true believers how many times the president claims he is the greatest, including that he is the "chosen one." True believers pay no heed to his delusions of grandeur.

It does not matter how many lies he tells (now over 15,000) or how many rules and laws campaign and administration officials break (the Mueller probe led to 34 indictments, seven guilty pleas, and five people sentenced to prison).

No matter how incompetent his hires (only to be fired) may be (his "A team" turnover rate is 80% as of Jan. 7), for the GOP and his supporters Trump can do no wrong. The president's true believers never hold him accountable.

The facts and truth are irrelevant; it's his critics and opponents who are to blame. Government officials and congressional leaders who are fulfilling their constitutional duty are to blame. The president is always right. True believers tune out the noise and keep the fraud and cruelty going.

The irony of Trump's threatening war with Iran as he faces impeachment and reelection in 2020 is lost with his faithful. Recall that Trump repeatedly warned in 2011 and 2012 that President Barack Obama would start a war with Iran in order to get reelected.

The U.S. assassination of Maj. Gen. Qassem Soleimani, a top Iranian military commander, on Jan. 3, and Trump's threat to bomb 52 Iranian cultural sites "very hard and very fast" will only inspire retaliation and endanger more lives, if not ignite a regional war.

Not only do these actions fail to protect any life, they constitute the violations of human dignity and life that St. John Paul II condemned in Evangelium Vitae.

The 1954 Hague Convention for the Protection of Cultural Property in the Event of Armed Conflict and a unanimous 2017 U.N. Security Council resolution (2347) clearly prohibits any such attack. Pope Francis underscores that "the protection of cultural treasures constitutes an essential dimension in the defense of the human being."

The threat of attack not only violates the Geneva Convention; it also erodes the credibility of the U.S. as an ally and peace broker. After the U.S. abandoned the Kurds and drew down forces from the region, the president's actions seem only to create new space for terrorism to thrive.

No matter how cruel and violent this administration is in treatment of migrants, no matter how rash Trump's decisions may be, including the moral and strategic disaster created by abandoning the Kurds, true believers stand with the president.

It seems not to matter to the president and his followers that the Iranian people were protesting a state-enforced hike in gas prices since last November. The assassination immediately quelled such protests as it united Iranians against the U.S. Although Iran condemned the 9/11 attacks and Iranians held candlelight vigils post 9/11, nevertheless, Vice President Mike Pence falsely linked Iran to 9/11.

Progressives cannot be exonerated from a faith in redemptive violence either. Eliot Cohen, dean of the Johns Hopkins School of Advanced International Studies, argues in The New York Times Book Review Jan. 5 that however measured and thoughtful Obama's approach may have been in comparison to Trump, their instincts "were not fundamentally different."

Obama did not pick fights with Russia; he wanted " to exit Iraq and Afghanistan as fast as possible," and really had no solution for North Korea, Cohen writes. Although Obama "talked of 'nation-building at home,' which is not quite Trump's 'American carnage' ... the two ideas are linked" in Cohen's view. He says that the Trump administration has delivered policies many Americans wanted.

More importantly, Cohen emphasizes that Trump's failure to understand the military's ethic of responsibility "is not his alone." Trump entered the White House "following several decades of uninformed adulation of the military by a population that knew very little about military life."

The more troubling dynamic is not only the enduring power of anti-black white nationalism, but the degree to which true believers worship this president. It is not new that Americans place more faith in redemptive violence than in the Gospel. What is new is the idolization of a cruel and hate-driven president.

A broken people torn apart by multiple forms of violence at home and abroad seem to reflect the same hatreds that consume the president himself. The internal spirit of a people unsurprisingly seems to mirror the spirit of the leader.

His hatred of nearly everyone else — whether migrants, people who are disabled, people of color, people who are in any way vulnerable — only seems to fill a bottomless pit in a wounded people. We are in dangerous times because our individual and collective wounds find no balm.

It is time to exorcise the demons of violence within us individually and collectively. The U.S. Conference of Catholic Bishops' website features a book by Pope Francis to learn how to rebuke the devil "to help you avoid getting ensnared." Perhaps it is a better time for collective rituals of exorcism. What if churches and communities of faith gathered to rebuke the spirits of hatred, violence and nationalism that consume us? Naming the collective spirits that ensnare us is a step toward opening ourselves and the world to the healing love of God.