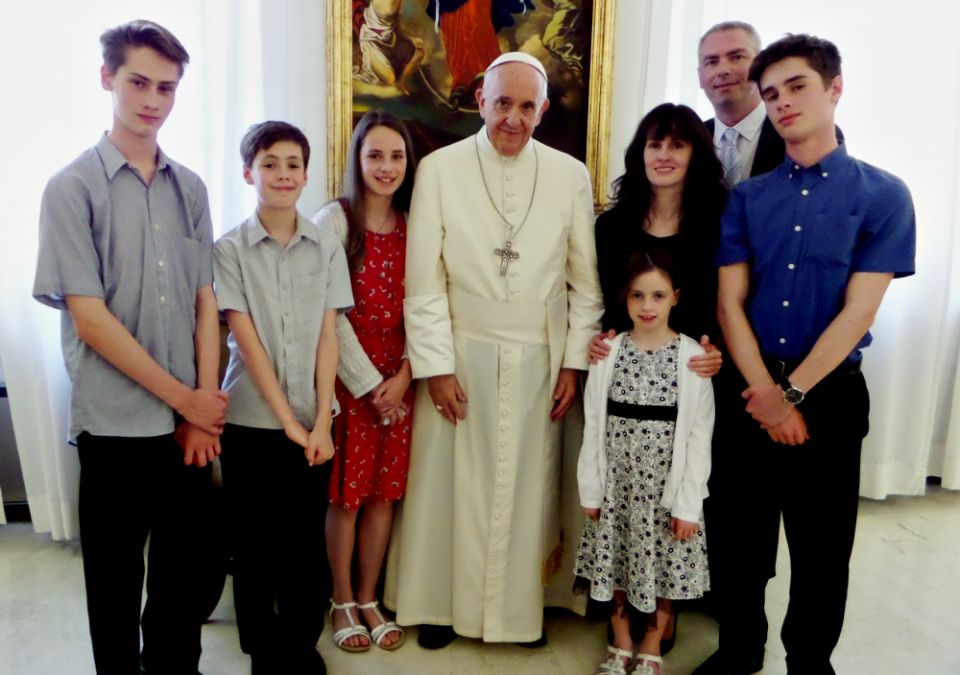 At Where Peter Is, Daniel Amiri is the first to review Stephen Walford's new book on Amoris Laetitia, Pope Francis, the Family and Divorce: In Defense of Truth and Mercy. Amiri gives it a thumbs-up and, apparently, so does Francis, who penned a preface to the volume. That doesn't happen every day.

Sen. Susan Collins says Supreme Court nominee Brett Kavanaugh told her that Roe v. Wade was "settled law." Does this mean that groups like the Susan B. Anthony List will withdraw their support for his nomination? Will a GOP senator ask Kavanaugh about this during his confirmation hearing? He can't very well dodge the question at the hearing if he just answered it privately in a meeting with Maine's senior senator, can he?

As we approach Labor Day, the U.S. Conference of Catholic Bishops offers some resources for parishes and pastors, including select magisterial quotes on the dignity of work and rights of labor, a pastoral aid for planning liturgies that weekend, and a short video in the conference's CST 101 series.

CST 101: The Dignity of Work and Rights of Workers

One of the weird developments in this whole sex abuse mess is the way conservatives are suddenly embracing people like the late Richard Sipe, even though Sipe was long a champion of ordaining women and ending clerical celibacy. People have different views of Sipe's credibility. I found this speculation about the sexual orientation of different bishops and even popes the kind of thing that gives one pause. Along the way, he makes some true points about the role of sexuality in priestly life, but how does anyone know whether Pope Pius XII was straight or gay?

Speaking of strange, has anyone heard of "The Patrick Coffin Show"? He hosted Ralph Martin, who directs a program at Sacred Heart Seminary in Detroit. Do you feel comfortable thinking Martin has anything to do with the formation of clergy? Coffin also had a recent show with the former bishop of Corpus Christi, Texas, René Gracida. Gracida has long been an embarrassment with his outrageous attacks on Pope Francis but this almost made me feel sorry for him.

From the political front, four incumbent Republican governors are not exactly enthusiastic about the GOP nominees to replace them. This is very important because these gubernatorial contests in November will decide who holds the veto pen during the 2020 redistricting process. Michigan, Nevada, New Mexico and Ohio are all swing states, and I am betting Nevada will pick up a congressional seat after the next census and Ohio and Michigan could lose one. A change in the size of the congressional delegation always makes for a more contested redistricting fight. Losing control of the governorships would hurt the GOP's chances to determine the hue of the congressional delegations for a decade. The Washington Post has the story.

Also in The Washington Post, E.J. Dionne on America's "slouching toward autocracy." The money quote:

The list of ominous signs goes on and on: Trump invoking Stalin's phrase "enemies of the people" to describe a free press; the firing, one after another, of public servants who moved to expose potential wrongdoing, starting with then-FBI Director James B. Comey; Trump's effusive praise of foreign despots; his extravagantly abusive (and often racially charged) language against opponents; and his refusal to abide by traditional practices about disclosing his own potential conflicts of interest and those of his family. Add to this the authoritarian's habit of institutionalizing lying as a routine aspect of governing, compressed into the astonishing credo Rudolph W. Giuliani blurted out on NBC's "Meet the Press" on Sunday: "Truth isn't truth."