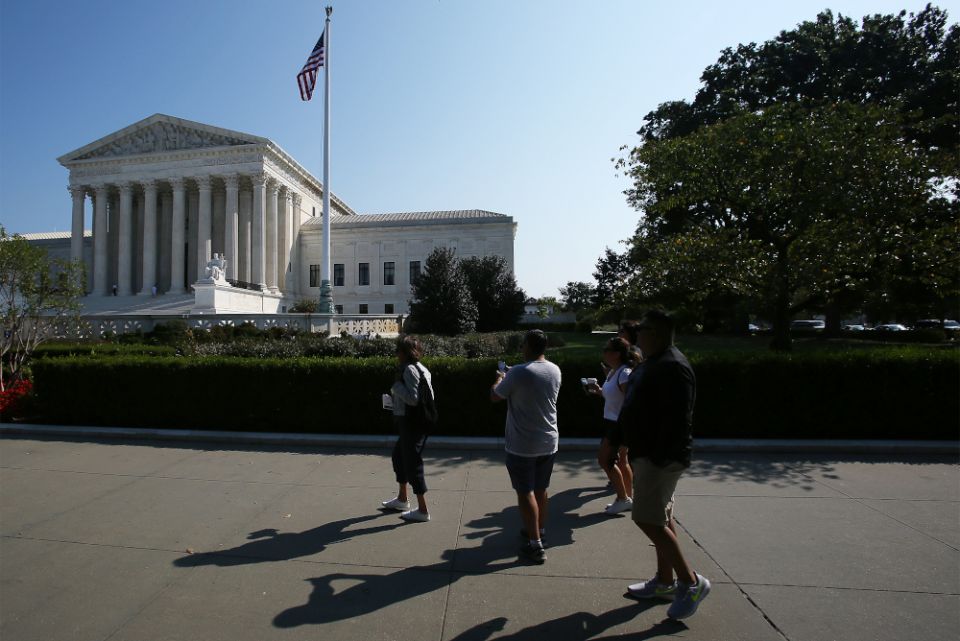 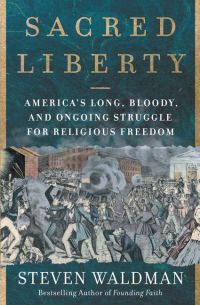 Monday, I began my review of Steven Waldman's new book Sacred Liberty: America's Long, Bloody, and Ongoing Struggle for Religious Freedom. Today, I shall conclude the review and consider, briefly, the state of the argument beyond the pages of this book.

Having looked at the founding generation, and the complicated legacy they left us on the issue of religious liberty, Waldman turns to the rekindling of anti-Catholic bigotry in the early 19th century. I suspect much of this history will be familiar to NCR readers: The widespread distribution of anti-Catholic literature such as The Awful Disclosures of Maria Monk, the burning of the Ursuline convent in Charlestown, Massachusetts, in 1834, the Philadelphia Nativist riots in 1844. I hope parents out there have taught their children this history. Waldman rightly notes that the anti-Catholic persecution often was led by those who, like the Baptists, had themselves been the object of religious persecution only decades earlier. So, when white Catholics are unwilling to condemn President Donald Trump for his frequent forays into nativism, the road has been trod before, even if it is still a road marked by hypocrisy as well as bigotry.

What Waldman does not do, and this is important, is distinguish between a denial of religious freedom and religious bigotry. It is one thing to hate Catholics but quite another to deny them the franchise or prevent them from holding office. The First Amendment did not yet apply to the states, but even so, it only technically bars the government from denying civic rights based on religious difference. "Congress shall make no law" that amendment begins. But, rights must exist in reality and not just on paper. Any concept of freedom that ignores the need to support the legal defense of rights with a culture that honors human liberty and dignity is an inadequate notion of freedom. What happened to the Catholics in the early- to mid-19th century was mostly the result of bigotry, a bigotry that is still latent, but it only tangentially and episodically involved issues of legal freedom, such as those that arose from the use of Protestant Bibles in public schools.

The Mormons, on the other hand, were an object of both societal bigotry and governmental persecution. They were hounded from one location to another and the local government often fueled the bigotry instead of protecting its targets. In 1838, Missouri Gov. Lilburn Boggs wrote to his military commander that "the Mormons must be treated as enemies, and must be exterminated or driven from the State if necessary for the public peace." Three days later, 17 Mormons were murdered and 15 wounded when a mob descended upon the Mormon settlement at Haun's Mill. The Mormons fled to Illinois where their founder, Joseph Smith, was lynched six years later.

The Mormons were treated so harshly because their beliefs were considered heretical and at least one of their practices, polygamy, offended 19th century morals. The religious suppression of African and American Indian spirituality was an extension of a broader, and more hateful, racism that saw the first group as chattel and the second as in the way of the white man's manifest destiny.

Waldman's discussion of Congressman John Bingham and his efforts to enact the 14th Amendment is finely done. The reader understands how critical it was to extend the reach of the First Amendment — and the entire Bill of Rights — to state governments. Even so, it was not until the 1947 Supreme Court case Everson vs. Board of Education, that the courts gave real meaning to the separation of church and state and, for the first time, began disentangling mainstream Protestantism from the fabric of government.

As mentioned, Waldman fails to distinguish sufficiently between bigotry and a denial of religious freedom, even though the two often go hand in hand. But, one of the lessons of the 20th century is that while a respect for religious liberty grew throughout that century, bigotry remained robust. The Ku Klux Klan combined racism, nativism, anti-Semitism and anti-Catholicism during its resurgence on the 1920s. President John F. Kennedy still had to fend off allegations of dual loyalty as Jews do even today. Muslims have been the object of many hate crimes, even while, as Waldman demonstrates, American Muslims are having a moderating effect on the entire religion.

It is true that anti-Catholicism waned in the last half of the century as Catholics became more mainstreamed, and as the Second Vatican Council abandoned the aggressive anti-modernism and anti-liberalism represented by the "Syllabus of Errors" and the silencing of Jesuit Fr. John Courtney Murray. But, it should be clear that the council did not endorse the Madisonian version of religious liberty celebrated in Waldman's book. As Murray said after the council, the decree on religious liberty, Dignitatis Humanae, "skated around" the differences between a modern, liberal conception of rights as negative freedoms and the demands of the Christian faith that do not permit compartmentalization of faith, still less a negative conception of freedom. Waldman, too, skates around these difficulties.

Waldman's book will not satisfy anyone who has paid close attention to the issue of religious liberty in the past decade or so. It is not written for experts but for the average citizen, someone who respects the First Amendment even if not always thinking through the way rights conflict with one another. The failure to differentiate between bigotry and the denial of religious liberty may be an analytical deficiency, but it may serve a happy end if it encourages the American people to take some responsibility for maintaining a cultural disposition in favor of respecting the rights and opinions of others.

Waldman's book certainly reminds woke liberals today, those who insist on using scare quotes around the words "religious liberty," that history has generally not been kind to those who trample on this right and perhaps they should think twice. A liberal who is unconcerned about defending the rights of conscience is no liberal. The book also reminds conservative culture warriors that religious liberty has never been the absolute in American culture or jurisprudence that they make it out to be, and that if they give it preeminent status to the point that they disregard other important societal norms, they risk imperiling religious liberty. The decision to invoke religious liberty in the effort to limit LGBT rights will almost certainly backfire both in terms of popular perceptions and in turning the Christian faith into a caricature of itself as a neo-Puritan religion obsessively focused on sex.

In short, while this book has limits, those limits might be helpful in providing a map for those who are not culture warriors on the right or the left. Waldman's commonsensical, if not particularly profound, reading of the history of religious liberty avoids both extremes and, just so, provides some rhetorical and intellectual ammunition to the non-extremists. It is an invitation to all citizens to value this fact of our political life, to be sure, but Waldman does not see religious liberty as a truncheon. If everyone exhibited his balance, we might have a more civil society.

Italian Jesuit magazine criticizes political attitudes of some US Catholics