Nothing for the working class in GOP tax plan 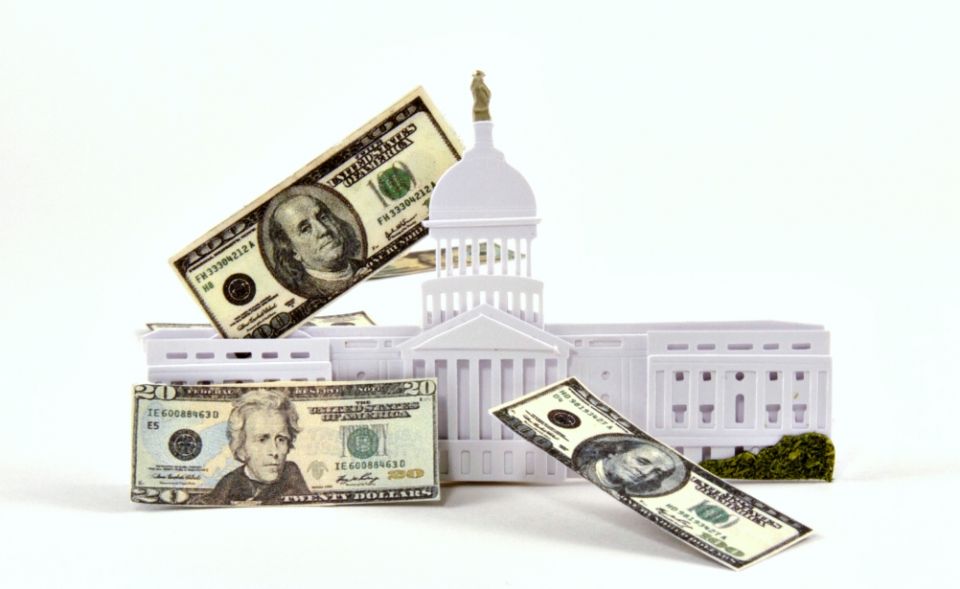 The Republicans released their plan to overhaul the nation's tax code last week. The U.S. bishops' conference issued an anodyne statement, promising a more thorough analysis of the proposal. But we know enough to move beyond the anodyne. We know that this tax proposal vitiates Catholic social doctrine in total and in many of its specific provisions.

Before looking at the particulars, it is important to remember that the core premise of the tax overhaul is that corporate taxes are too high. The proposal lowers the current 35 percent rate to 20 percent.

I think most Americans would not object to a straightforward simplification of the tax code in which loopholes are closed and, with the increase in revenue therefrom, the tax rate as a whole is lowered. I also think many Americans have no problem with distinguishing between a loophole and a tax incentive that is in the nation's interest.

For example, there are tax credits available for installing sustainable energy technologies. That shrinks the amount of revenue the government takes in, but it helps save the planet. That is a good tradeoff.

Similarly, we know that home ownership leads to economic stability, and so we permit a deduction for the mortgage interest homeowners pay. This is a more complicated provision morally: Most poor people do not own property and so they do not benefit from this provision, but a case could be made that poor people lose the most when the middle class declines and neighborhoods crumble, so there is at least an indirect benefit.

The Center on Budget and Policy Priorities examined the study produced by Congress' own Joint Committee on Taxation and found that the benefits of this tax reform will go overwhelmingly to the richest Americans. (The Tax Policy Center later retracted its analysis of this tax reform.)*

The repeal of the estate tax — which really does only apply to people who live in homes that can be called "an estate," although the origin of the term is different — is especially egregious.

Other analysts reach similar conclusions about who does and does not benefit from the tax overhaul.

These facts, and they are facts, paint a clear picture: This tax reform is another example of trickle-down economics dressed up in populist drag per the political profile of President Donald Trump's base. There is nothing here for the working-class voters who put Trump in the White House, nothing.

Not that these facts have not prevented very wealthy people like the Koch Brothers from engaging in a misinformation campaign worthy of the KGB. Dana Milbank, in The Washington Post, details the amount of money being spent to convince "Johnny Lunchbucket" that this tax reform will really benefit him.

Milbank also explains just how regressive the bill is, writing, "The proposal cuts corporate taxes by $1 trillion, gives $200 billion to the richest Americans in the form of estate-tax repeal and tilts the other $300 billion in cuts in favor of the wealthy. And that doesn't take into account the hit the working class would take eventually from reduced benefits — health care, education and the like — to pay for the up to $1.5 trillion the legislation would add in debt over a decade."

Pope Francis has not been shy in discussing income inequality as an evil and in rejecting the view that the laws of the market are akin to laws of nature, the way things are, something we must accept as a given. Just last month, in a talk to a conference at the Pontifical Academy of Social Sciences, the Holy Father began by discussing the causes of social exclusion and said:

The first is the endemic and systemic increase of inequality and the exploitation of the planet, which is greater than the increase in income and wealth. However, inequality and exploitation are not inevitable, nor are they an historic constant. They are not inevitable because they depend not only on different individual forms of behavior, but also the economic rules that a society decides to adopt. We can think of energy production, the job market, the banking system, welfare, the tax system, the schools sector. According to how these sectors are planned, there are different consequences on the way in which income and wealth are distributed among those who have participated in their production. If the aim of profit prevails, democracy tends to become a plutocracy in which inequalities grow, as does the exploitation of the planet. I repeat: This is not a necessity; there are periods in which, in some countries, inequalities diminish and the environment is better protected.

That is not how congressional Republicans talk, is it? Alas, that is not how the statement from the U.S. Conference of Catholic Bishops sounds either. We are living in a new Gilded Age, in which the very rich are obscenely rich and the very poor lack both opportunity and basic necessities. Poverty has become intergenerational, inherited like the color of one's hair or the cut of a person's jaw.

This tax bill does nothing, absolutely nothing, to address that fact except that it probably makes it worse.

There are also specific provisions that offend Catholic sensibilities. For example, in an effort to portray itself as pro-family, the GOP has raised the Child Tax Credit from $1,000 to $1,600. But it makes the credit unavailable for many working poor families, and extends it to many wealthy families not currently eligible.

As the Chuck Marr of the Center on Budget and Policy Priorities explains, "Consider a single mother of two children who works full-time at the minimum wage as a home health aide, earning $14,500. She and her children would be entirely excluded under the House Republican plan. Yet a couple with two children that makes $200,000, and thus doesn't qualify for the today, would receive a $3,200 under the House plan."

Because they are so hellbent on lowering taxes on corporations, the pro-family GOP left no stone unturned in its efforts to find revenue. So, they propose to repeal the Adoption Tax Credit, which gives a non-refundable credit of $13,570 to families that adopt a child. The credit is an obviously pro-life policy, and a very effective one, as David French at the National Review points out. Someone apparently forgot to tell the White House, which announced that November is "National Adoption Month."

If you adopt the lens of Catholic social teaching, it is not difficult to conclude that faithful Catholics, and especially the bishop's conference, should oppose this bill. It is not even a close call.

*This story has been updated with new information.

Column | Nothing for the working class in GOP tax plan

Adoption can show us new way of belonging, connecting