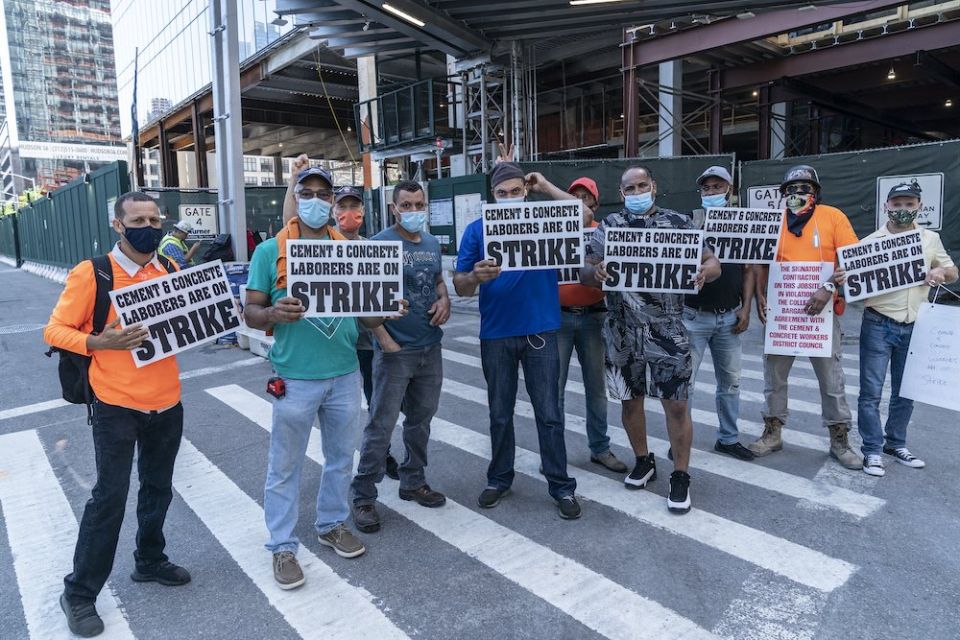 Solidarity. The word conjures images of Polish workers in Gdańsk in 1981, forming the first union independent of the government in the Soviet bloc, going underground during martial law and emerging to form the nucleus of the first post-Soviet Polish government.

Solidarity. The word brings me back to the first national protest march against Reaganism, organized by the AFL-CIO, which I happily attended in that same 1981. Little did I know that 40 years on, I would still be opposed to Reaganism and (almost) all it stood for. I still have the poster from that day and it has emblazoned across it the word "Solidarity."

Solidarity. The word brings to mind St. John University's theology professor Meghan Clark's wonderful book The Vision of Catholic Social Thought: The Virtue of Solidarity and the Praxis of Human Rights, which I reviewed here. Clark also penned an excellent essay on solidarity for Distinctly Catholic back in 2014. It still reads very well.

Most of all, however, when I think of the word solidarity, I think of the three conferences on erroneous autonomy that I helped Stephen Schneck organize. Schneck was then the director of the Institute for Policy Research and Catholic Studies, and we worked hand-in-glove with the AFL-CIO on all three of the conferences. The second was held at the AFL-CIO headquarters and was a most memorable day, as two western Pennsylvania natives, AFL-CIO president Richard Trumka and Cardinal Donald Wuerl, delivered the keynote addresses. On that day, I came to understand how the word solidarity informed the entire culture of organized labor.

I also came to understand that the opposite of solidarity is libertarianism, and while I often fall short of the demands of solidarity, there is not a libertarian bone in my body. Even on freedom of speech, where I am closest to a libertarian position, I recognize there are limits, that the Constitution protects language meant to persuade, not language meant to incite, while recognizing that who gets to define the difference between the two is a tricky matter.

If the pandemic has taught us anything as a culture, it has taught us the limits of libertarianism and the hypocrisy of those who invoke it in one area of life but ignore it in others. Here, in rural America where I live, it is not uncommon to encounter people who refuse to wear a mask. "It is my choice," they say, although the mask is not intended to help them but to help the rest of us. People say, casually, "Well, I am not worried about keeping protocols like self-quarantining, because my visitor is healthy," forgetting that the protocols do not guarantee any one individual's health, but the public health of us all.

Public health measures aim to limit the spread of a disease so that the system is not overwhelmed. Libertarianism has no place in a pandemic. When I pass a house flying a Gadsden "Don't tread on me!" flag, I want to stop and say, "OK, I won't tread on you if you won't infect the rest of us with a virus."

In American culture, however, the most destructive libertarian arguments manifest themselves in discussions of economic policy. Over dinner this summer, dear friends of mine who own a small business expressed the typical Republican talking point that it does not make sense to punish someone for being successful by taxing them more. I asked why they saw it as a punishment, rather than as an investment in the roads that bring the goods they sell to their store, in education to the population from which they draw their employees, in protection of the water that supplies their breweries. They are responsible for improvements within the walls of their store, but taxes take care of the improvements needed outside those walls, but no less necessary to the success of their business. My friends said they had never thought of it that way.

The fables of rugged individualism that condition so much of the culture's core beliefs, combined with the dominance of neoliberal economic ideas and globalization have brought us to where we are: incapable of mounting an effective defense against a pandemic. It is not only the acids of modernity — of which Walter Lippmann warned in 1929 — that have eaten away at the fabric of our culture, it is the stuff we are sold, and sold cheap, the entertainments that come into our living rooms, the propaganda of material happiness, all of it.

It has been 20 years since sociologist Robert Putnam published his book Bowling Alone: The Collapse and Revival of American Community. You cannot understand the appeal of Trump, and the sense of belonging his racism is designed to foment, unless you see how correct Putnam was and is. When I left my hometown in 1980, the two churches were mostly full every Sunday, and there was an active Grange and 4-H, Boy Scouts and Girl Scouts, a community players troupe that performed two plays a year. When I moved back in 2017, the churches are both open but are a quarter full, the Grange has become a "community center" that is rarely used, the Scouts are still active, and there has not been a community play in 30 years. If I did not meet my neighbors walking my dog each morning and evening, where would I meet them?

Politics alone will not restore the sense of community we need to rekindle in this country. Indeed, in its current form, it further polarizes us. Our churches, like our unions, must become places where community is formed and nurtured. This is especially important for us Catholics. 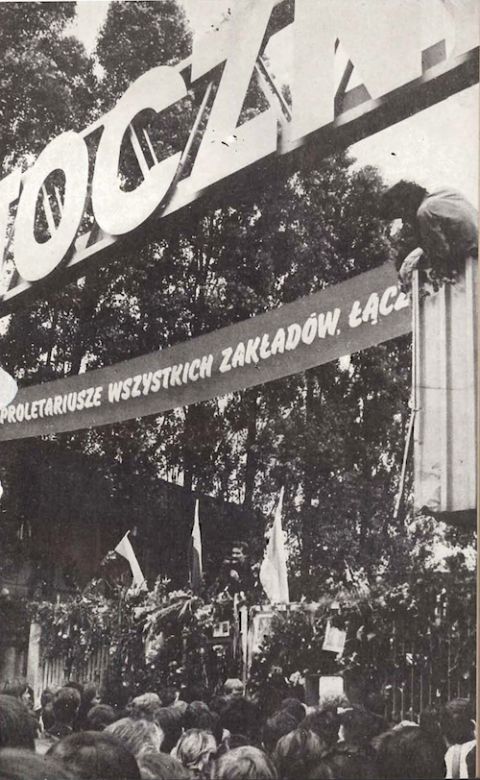 Labor activist and leader Lech Wałęsa speaks to the crowd at the shipyard gate in Gdańsk, Poland, during the strike of 1980. He became the first democratically elected president of Poland in 1990. (Wikimedia Commons)

The word "catholic" means universal, that is, the church can bring the Gospel of Jesus Christ anywhere on the globe, into any culture and into every human heart. The Gospel must be able to find a place in a liberal heart and in a conservative heart, in a rich town and a poor one, in a European country and in an African one, on both sides of every division that separates humankind one from another. That is what it means to be Catholic, and never in the history of this nation has the culture needed to be more Catholic!

I learned — and am still learning — what solidarity means, what it looks like, and what policies it requires, by talking with my friends in organized labor. When word spread that Pope Francis is planning to release a new encyclical and that the topic is solidarity, my non-Catholic union friends were more excited than my Catholic friends!

On this Labor Day, I am so grateful for the contribution organized labor makes every day to off-setting the dominant libertarianism of the culture. If I could wish one thing, and one thing only, for U.S. culture, it would be a resurgence of the labor movement. Perhaps, after this horrible pandemic, that culture will be ready to hear the message organized labor — and now Francis — has to impart: We human beings can only thrive in a culture that builds and rewards solidarity.

Communion, not competition, is key to job growth, pope says