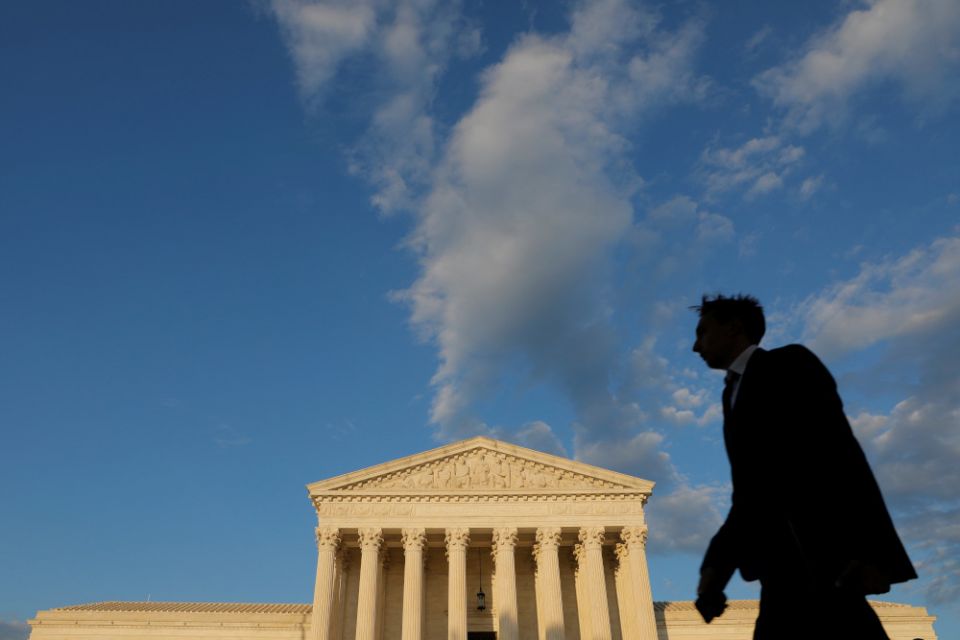 June is the month for weddings and for U.S. Supreme Court decisions. I will leave the weddings to others, but here are some of the 23 pending decisions that will be of special interest to NCR readers.

During oral arguments, the lawyer for Catholic Social Services stated that while they would not agree to place a child with a same-sex couple, they would refer such a couple to a different agency if one presented itself, distinguishing this case from another case the court has agreed to hear next term about the constitutionality of a Trump administration rule preventing social service agencies from referring clients to an abortion provider.

What is more, in its 2015 landmark ruling establishing a constitutional right for same-sex marriage, Obergefell v. Hodges, the majority nonetheless recognized that not everyone in society was prepared to go along with the court's decision. It specifically noted that wide latitude should be accorded to religion organizations especially. Writing for the majority, Justice Anthony Kennedy stated, "The First Amendment ensures that religious organizations and persons are given proper protection as they seek to teach the principles that are so fulfilling and so central to their lives and faiths, and to their own deep aspirations to continue the family structure they have long revered."

Most court watchers think the 6-3 conservative majority will rule in favor of Catholic Social Services. This past year, the court increasingly supported churches that claimed COVID-19-related restrictions burdened their free exercise rights, although Justice Neil Gorsuch dismissed one such claim from a Colorado church just last week. Nonetheless, Chief Justice John Roberts, who is keen to preserve the reputation of the court above politics, was in the minority in Obergefell, and even if he now voted with the court's three liberal justices, Stephen Breyer, Sonia Sotomayor and Elena Kagan, they would not make a majority. The question is whether the court's conservative majority will go further. Is it possible they would seek to overturn Obergefell? Would they revisit Justice Antonin Scalia's decision in Employment Division v. Smith, which limited religious freedom rights and provoked the Religious Freedom Restoration Act?

I tend to side with religious organizations in these kinds of cases. Religions should be free to hire and fire ministers without government interference, for example, as the court reaffirmed in Our Lady of Guadalupe School v. Morrissey-Berru last year. Yes, this means that people with a potentially valid claim of discrimination cannot sue a church employer in civil court, but the alternative is excessive entanglement between government and religion. In the Fulton case, however, Catholic Social Services is seeking government contracts, so entanglement is a given.

Whatever the court decides, the church should rethink its stance. Some years ago, I had a roommate who was a social worker and he relied on several families who could be counted on to take a call at 4 a.m. and come retrieve a child in need of foster care. Some of those foster parents were same-sex couples. Other times, the agency had a child with special needs who could not be placed with a family with other children, or children whose needs were so extensive, only a couple with means could take the child. Again, some of the couples who stepped up to help these children were same-sex couples. The "best interest of the child" is a concrete reality; it is not only an issue involving principles at 35,000 feet. No matter what the court decides, the Catholic Church is wrong to discriminate a priori against same-sex couples willing to be foster parents.

In Brnovich v. Democratic National Committee, the court will examine voting restrictions in Arizona. There are good faith arguments on both sides of the issue of ballot harvesting — when a third party collects absentee ballots — which is prohibited by one of the provisions being challenged. The other provision, tossing a ballot cast at the wrong precinct, seems ridiculous: If the vote is otherwise valid, let it be counted.

The real danger is that the court will not rule narrowly on these two Arizona laws, but will, as they did in the 2013 case Shelby County v. Holder, go beyond the immediate issues facing the court and gut the landmark Voting Rights Act even more. The oral arguments were held on March 2, well before the full kookiness of the Maricopa County recount was evident, so we can't expect that bizarre spectacle to affect the judicial outcome. 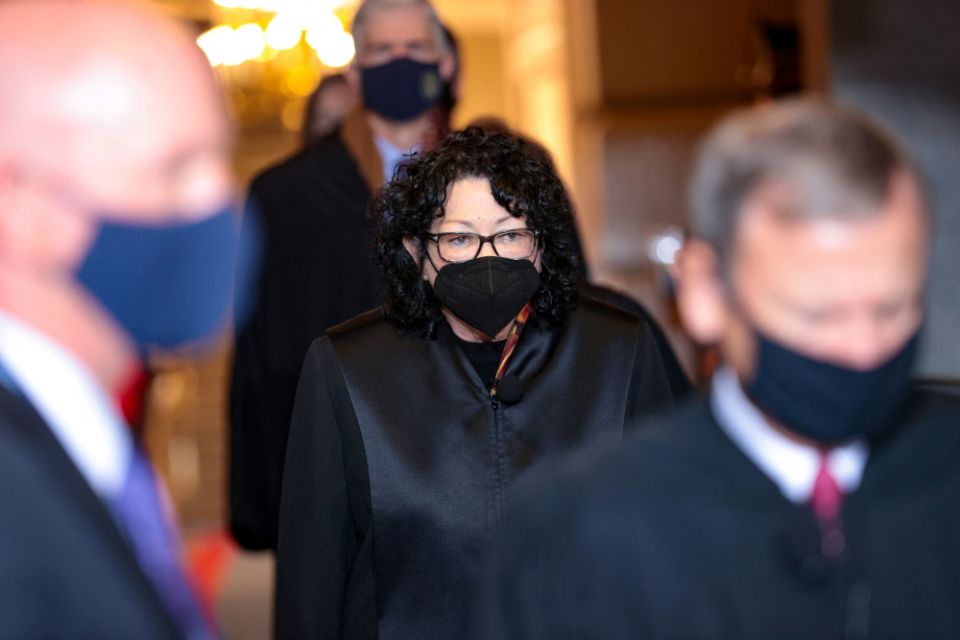 U.S. Supreme Court justices arrive at the 59th Presidential Inauguration in Washington Jan. 20, 2021, for the swearing in of President Joe Biden, the second Catholic to hold that office. (CNS/pool via Reuters/Win McNamee)

The case will be affected by the replacement of the late Justice Ruth Bader Ginsburg, who penned a stinging dissent in Shelby, with Justice Amy Coney Barrett, for whom it remains to be seen to what degree she will consider the policy outcomes of judicial decisions in deciding a case. There is little doubt the court will uphold the restrictions. The question is whether the decision is so sweeping that legal challenges to other voting restrictions in other states will be cast aside. Those who value a more inclusive and expansive approach to voting laws should prepare for the worst.

Better news may come when the court rules in the case California v. Texas, yet another conservative challenge to the Affordable Care Act, aka Obamacare. When the case was argued in November 2020, shortly after Barrett was confirmed, court watchers concluded that the court is likely to uphold the law based on comments from the chief justice and Justice Brett Kavanaugh. The latter commented during oral arguments: "It does seem fairly clear that the proper remedy would be to sever the mandate provision and leave the rest of the act in place — the provisions regarding pre-existing conditions and the rest." That is not something you would expect to hear from, say, Justices Samuel Alito and Clarence Thomas, both of whom voted to overturn the Affordable Care Act when the law was first challenged back in 2012.

The current court consists of six Roman Catholics, but only one, Sotomayor, is a part of the liberal minority. Chief Justice Roberts and associate justices Thomas, Alito, Kavanaugh and Barrett are all conservative in their jurisprudence with some significant differences among them. Legal historians will be writing tomes for years about the connection between Catholic intellectual life and the emergence of a dominant conservative jurisprudence.

Running through these, and other, cases will be two large questions and they are related. First, what will Barrett do on the court and, specifically, will she side with Roberts in his desire to keep the court in the center lane of public opinion, or will she be more ideologically driven like Alito and Thomas? Second, how far will the conservative majority go in overturning precedents it does not like, and reaching sweeping decisions that fundamentally change the legal landscape?

We will know more about the answers to those questions by the end of this month.