Editorial: Where Catholic teaching is bent to market demands 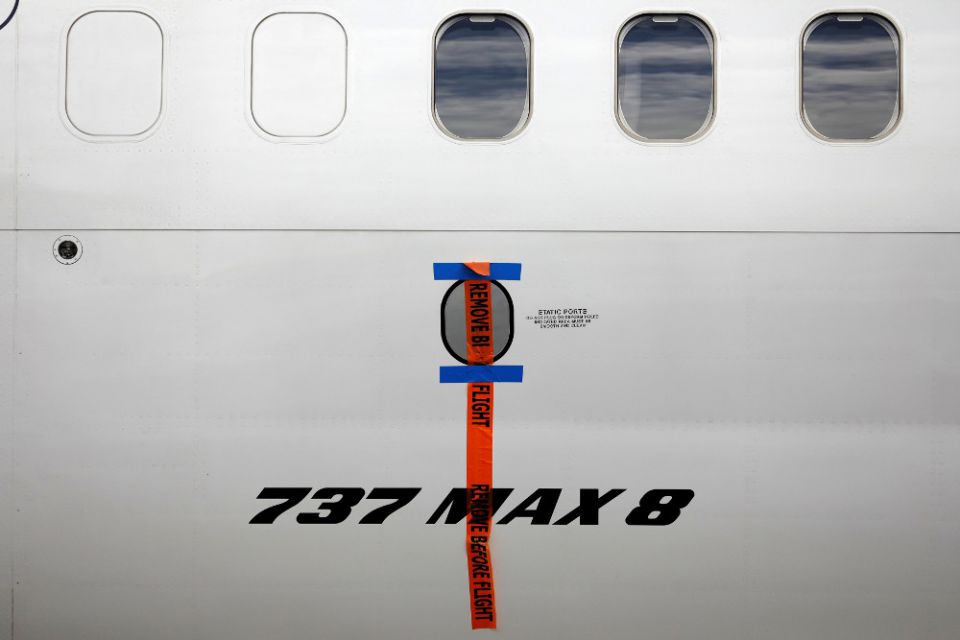 A Boeing 737 Max 8 airplane is seen at Soekarno-Hatta International airport March 13 near Jakarta, Indonesia. Many countries around the world have grounded this plane following the deadly Ethiopian Airlines crash March 10. (CNS/Reuters/Willy Kurniawan)

It took two crashes within five months and a total of 346 deaths before government agencies began answering the alarms that had been going off for years over the manner in which the fitness and safety of Boeing's 737 Max, the latest in its offerings of airliners, was determined. It is a tale of a government agency responsible for air safety conceding more and more of its oversight role to the very corporations it is supposed to oversee, even as unions and other government entities issued a string of warnings.

It is also a tale of the influence of markets and their amoral mechanisms designed to derive the greatest profits possible with utter disregard for safety and public welfare.

All of this might seem distant from concerns of spirituality and Catholic practice, but quite the opposite is true. These matters are of compelling importance, bearing immediately on Catholic social teaching, and the issues raised are especially of the moment for Catholicism in the United States. For it is here, in one peculiar but ever increasingly influential corner of the Catholic community, that Catholic social teaching is being distorted beyond recognition, bent to the most extreme demands of unbridled capitalism and unfettered markets.

The prime locus of these distortions — and perhaps they are amplified all the more because of it — is the Busch School of Business at the Catholic University of America, which has become a bastion of free-market extremism. It takes its name from Timothy Busch, co-founder of the Napa Institute. In a public forum, Busch hailed one of the country's most aggressive exponents of libertarian economics, Charles Koch, also a major donor to the school, as a "refounder of America." The school celebrates speakers who vilify any form of government oversight of markets, convinced that regulations are impediments to benign and self-regulating markets.

"Get the government off our backs" is a sentiment that sings to that corner of the American soul that understands that individual freedom is essential to a healthy personhood and spirituality. We understand the numbing effect that burdensome regulations can have on Main Street entrepreneurs who are struggling to open a restaurant or a shop. But examples exist of municipalities that have devised ways to guide people through regulatory mazes that assure health department regs and zoning laws are upheld.

It is at higher and more complex levels of the marketplace where lives are jeopardized and corporate predators must be restrained in consideration of the church's understanding of the common good. Vincent Miller, a theologian at the University of Dayton, in a recent essay in the Jesuit magazine America, pushes back against this growing Catholic embrace of unfettered markets. In a comprehensive look at the history of markets and how they have changed, and the church's reactions to those changes over decades, he arrives at today's neoliberalism, which is not even content with allowing market forces to play out unimpeded but "seeks to promote competitive market action wherever possible."

Miller continues: "But in 'Caritas in Veritate,' Pope Benedict XVI offered a sobering catalogue of the world these new market-focused policies have created: 'New forms of competition between states' have 'led to a downsizing of social security systems as the price to be paid for seeking greater competitive advantage in the global market, with consequent grave danger for the rights of workers, for fundamental human rights and for the solidarity associated with the traditional forms of the social State.' "

One of the more curious moments in a three-day symposium in 2017 at Catholic University, co-sponsored by the business school and Busch's Napa Institute, occurred after a talk by Cardinal Peter Turkson, head of the new Vatican Dicastery for Promoting Integral Human Development — in short, the Vatican office overseeing major social justice issues.

Turkson makes regular appearances at Busch's events and one gets the impression that he is brought on to deliver a bit of the bitter medicine that inoculates them against the charge that they completely ignore church teaching. In this instance, Turkson, the only non-libertarian on the bill, ran through a history of papal teaching about work and warnings about the excesses of capitalism and unrestrained markets. At the end, Busch thanked him and said, tacitly acknowledging that what Turkson said was vastly different from what everyone else was saying: "We have to listen to both sides."

Turkson was apparently too polite to ask in return: "What sides would they be?"

The crashes of the two Boeing airliners may represent, particularly depending on what investigations show, one of the most graphic and horrifying examples of extreme capitalist ideology. Abundant evidence, in the form of interviews with workers, Federal Aviation Administration inspectors and insiders, and others in the Boeing universe paint a picture of serious oversight concessions to an industry giant willing to cut corners in a rush to beat global competitors to the marketplace.

Granted, there is considerable distance between that extreme example and the laws regulating Main Street, but all along the spectrum the effects of deregulation and conceding government oversight to accommodate the ambitions of big business are increasingly evident. Only government intervention can address the level of harm caused to the environment as well as the catastrophes ahead as a result of climate change. The anti-regulatory bias of our current government is dangerously unequal to the threat posed to the planet and its people.

U.S. bishops need to be aware of the corrosive influence of big Catholic money. At the end of that session at Catholic University, echoing President Donald Trump's mantra, Busch announced that he (and presumably other donors) had made the university "great again." He asserted it would be "the teaching pulpit for the Vatican and for the global church … especially on the issues and topics of business."

We hope not. Bishops, it's your university.

A version of this story appeared in the April 5-18, 2019 print issue under the headline: Where Catholic teaching is bent to market demands .

Editorial | Editorial: Where Catholic teaching is bent to market demands

New Mayor de Blasio: the best of 'spiritual but not religious'