Thomas Merton's counsel for Donald Trump (and the rest of us) 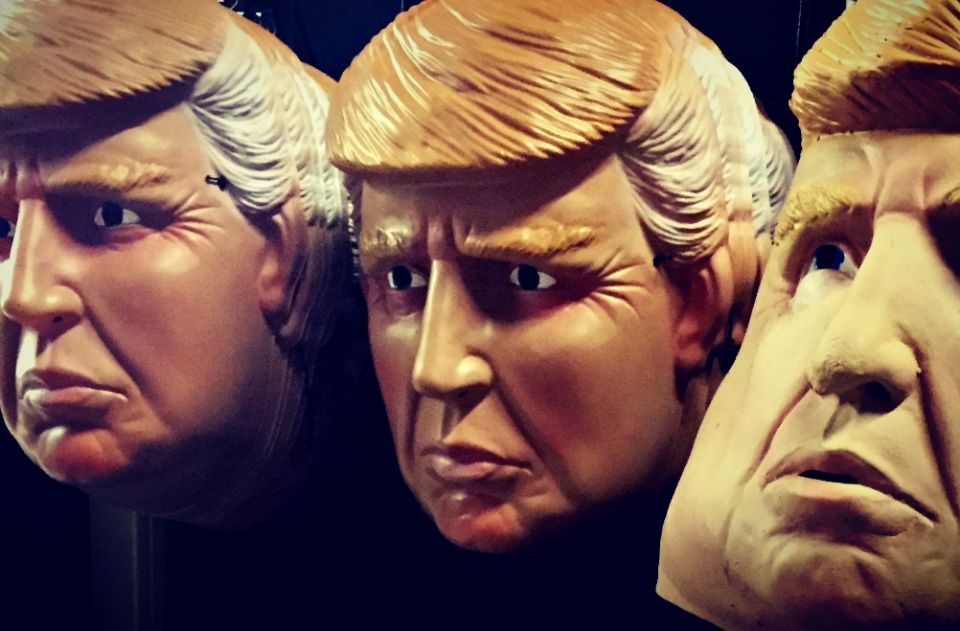 Last week, the New York Times published its extensive investigative story on President Donald Trump's more than $1 billion in business losses from 1985 to 1994. In some ways, this story was not particularly surprising. Despite his contestations to the contrary, Trump's lack of business and financial acumen has been a matter of public record: failed hotels and casinos, class-action lawsuits against "Trump University" for fraud, multiple bankruptcies, and so on. Nevertheless, the magnitude revealed of the financial losses is startling.

Journalists Russ Buettner and Susanne Craig explain in the article, "Mr. Trump appears to have lost more money than nearly any other individual American taxpayer, The Times found when it compared his results with detailed information the I.R.S. compiles on an annual sampling of high-income earners."

For more context, they add: "His core business losses in 1990 and 1991 — more than $250 million each year — were more than double those of the nearest taxpayers in the I.R.S. information for those years."

This is somebody who not only loses, but loses "big-league" (to borrow one of Trump's own favorite qualifiers).

And yet, he portrayed himself, at the time and subsequently, as a business genius who is able to make the most impressive deals and net the most lucrative profits. As he was losing hundreds of millions of dollars annually, he published his 1987 memoir Trump: The Art of the Deal, co-written by Tony Schwartz. The book depicts Trump as a financial prodigy who could provide the secrets to success for aspiring moguls.

The latest revelation about Trump's financial history further confirms how preposterous his self-depiction has been. In response to the news, Schwartz suggested that the book be recategorized as "fiction," rather than continue under its current category as "memoir."

The ever-widening gap between Trump's self-presentation and reality has returned my attention to one of the best-known contributions the late Trappist monk Thomas Merton made to Catholic spirituality in the 20th century, namely, the distinction between what he called the "true self" and the "false self." Drawing on the insights of his intellectual predecessors, such as the medieval Franciscan theologian Blessed John Duns Scotus and the great 19th-century Jesuit poet Gerard Manley Hopkins, Merton held that each of us has a true identity — who we are in the most foundational sense — and that true identity is intrinsic, inalienable, unique and unrepeatable. Scotus called this haecceitas ("this"-ness); Hopkins called this "inscape."

In his 1961 book New Seeds of Contemplation, Merton wrote, "The secret of my identity is hidden in the love and mercy of God." The true self bears a kind of interiority, but it is not exclusively of our making. It is that identity that God loves into existence; it is who we are at our barest and most basic core. It is that selfhood that God knows in its entirety, even when we struggle to know ourselves. Which is why Merton says: "Therefore I cannot hope to find myself anywhere except in Him."

While each of us has a "true self" known to God, few of us actively seek God and therefore seek to discover who we really are. Instead, we succumb to the myth that we are insufficient as we are or unworthy of love, including the love of God.

'If we take our vulnerable shell to be our true identity, if we think our mask is our true face, we will protect it with fabrications even at the cost of violating our own truth.'

So we construct "false selves," masks we present to the world, identities that reflect who it is we think we should be or believe that others want us to be. And we seek the affirmation, respect, assurance and praise that gives us the sense our "false self" is real. But it is always illusory and unreal.

In an essay published in his collection Raids on the Unspeakable, Merton unpacks the dangers that come with our obsession with the construction of false selves, that labor of ego and projection that attempts to cover over our sense of inadequacy or self-consciousness made all the more acute by the pressures of our modern society.

Now if we take our vulnerable shell to be our true identity, if we think our mask is our true face, we will protect it with fabrications even at the cost of violating our own truth. This seems to be the collective endeavor of society: the more busily men [and women] dedicate themselves to it, the more certainly it becomes a collective illusion, until in the end we have the enormous, obsessive, uncontrollable dynamic of fabrications designed to protect mere fictitious identities — "selves," that is to say, regarded as objects. Selves that can stand back and see themselves having fun (an illusion which reassures them that they are real).

Merton diagnoses a problem that we all face: the temptation to mistake our masks for who we really are, and then defend those projections at all costs. The harm that comes at the personal level, to others and ourselves, increases dramatically the more responsibility we have in the family, community, nation, world and church. To what end do we protect our false selves?

The uniqueness of Trump in this regard isn't the existence of his false self, but the scale and the consequence of his construction, embrace and defense of it.

How different Trump's personal, professional and political life might be if he would only heed the wisdom St. Francis of Assisi once shared with his fellow friars: "Blessed is the servant who does not consider himself any better when he is praised and exalted by people than when he is considered worthless, simple, and looked down upon, for what a person is before God, that he is and no more."

This is advice that we could all use, because Trump is not the only one who struggles with the true and false selves. He just happens to be the biggest, loudest, brashest and most powerful example of that struggle today.

A version of this story appeared in the June 28-July 11, 2019 print issue under the headline: Thomas Merton's counsel for Donald Trump (and us) .