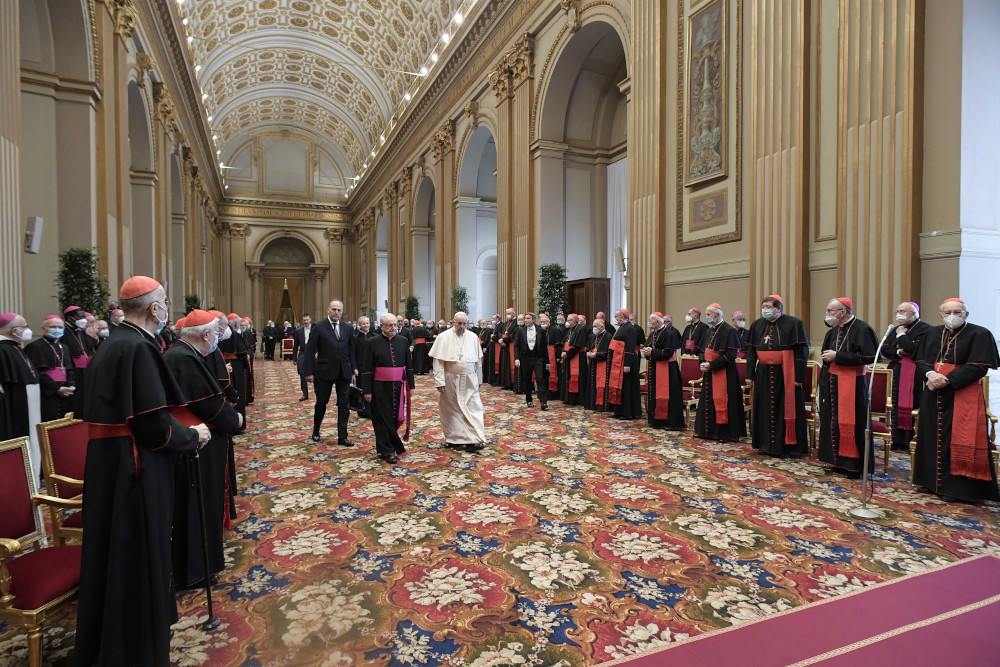 Pope Francis arrives for an audience for the annual exchange of Christmas greetings with members of the Roman Curia in the Apostolic Palace at the Vatican on Dec. 23, 2021. (RNS/Courtesy of Vatican Media)

Ever since he was elected pope, Pope Francis has been trying to reform the Vatican Curia, the bureaucracy that is supposed to help the pope in his ministry to the universal church. He has had only limited success — not surprisingly, since every pope since the Second Vatican Council in the early 1960s has also tried and made little headway.

That's not to say Francis' predecessors failed completely. The curia is less Italian and more international today than before Vatican II. Heads of major offices must now submit their resignations when they turn 75, rather than staying until they die.

Pope Benedict XVI streamlined the expulsion of abusive priests, while Francis has begun holding bishops accountable for protecting children in their diocese.

Francis ended the persecution of progressive theologians and writers that was common under Popes John Paul II and Benedict. He has also strengthened the synod of bishops as a consultative body.

Francis has especially focused on the culture of the Vatican. He understands that structural change will accomplish little if the people inhabiting those structures do not change. He frequently condemns clericalism and calls for a more listening church. As a result, cardinals have put away their bejeweled crosses and silk. Diocesan bishops report that curia officials are more willing to listen to them than in previous papacies.

But Francis has still not issued the long-promised constitution for the reformed curia, provisionally titled Praedicate Evangelium ("Preach the Gospel"), despite Cardinal Pietro Parolin, the Vatican top official, saying that it is basically finished. The last constitution for the curia was "Pastor Bonus" (Good Pastor), promulgated by Pope John Paul II in 1988.

What should we look for in this new constitution? 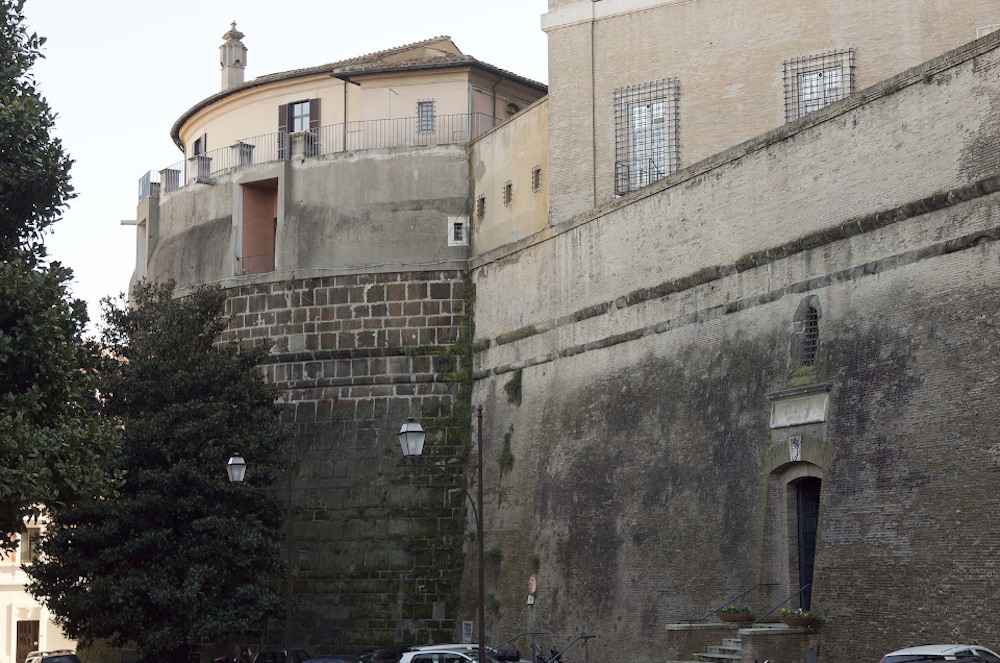 An exterior view of the offices of the Vatican bank in Vatican City, Jan. 28, 2014. (AP/Domenico Stinellis)

Since every organization needs money to operate, the first thing to look at is how the new constitution deals with finances.

The Vatican has a long and embarrassing history of financial scandals, but financial reforms begun under Benedict and continuing under Francis mean that the Vatican Bank is now run well. But other parts of the Vatican still experience scandal and are in need of reform.

Financial regulators need to have the authority to hold everyone, including cardinals, accountable for their actions or inactions. Contracts, investments and budgets should also be properly reviewed according to contemporary accounting standards. Other questions include how suspected financial crimes will be investigated and whether there is adequate transparency. Will the financial control offices be adequately staffed with competent people?

Besides finances, the most important part of any organization is its employees. How the new constitution deals with HR, human resources, will be critical.

The church traditionally does a very bad job with HR, not only in the Vatican but all the way down to parishes. HR is not just about hiring and firing. It also includes recruiting, vetting, hiring, training, supervising, paying, retraining, promoting and retiring or firing employees. The Vatican does none of this well.

The Vatican also needs to keep up with changing technologies. For decades, Vatican communications operated through a newspaper, a publishing house for Vatican documents and a shortwave radio network. These forms of communication are not relevant today. Today it needs websites, video, podcasts, apps and social media.

Workers with new skills are needed for these and future technologies. The typesetters, printers, radio technicians and others whose skills have become obsolete would be let go or retrained in most industries. But firing someone in Italy, let alone the Vatican, is very difficult.

It is not that the Vatican has difficulty hiring and retaining employees. Vatican employees may complain, but practically no one ever quits for a job outside the Vatican. The problem is getting the most out of the employees it has. 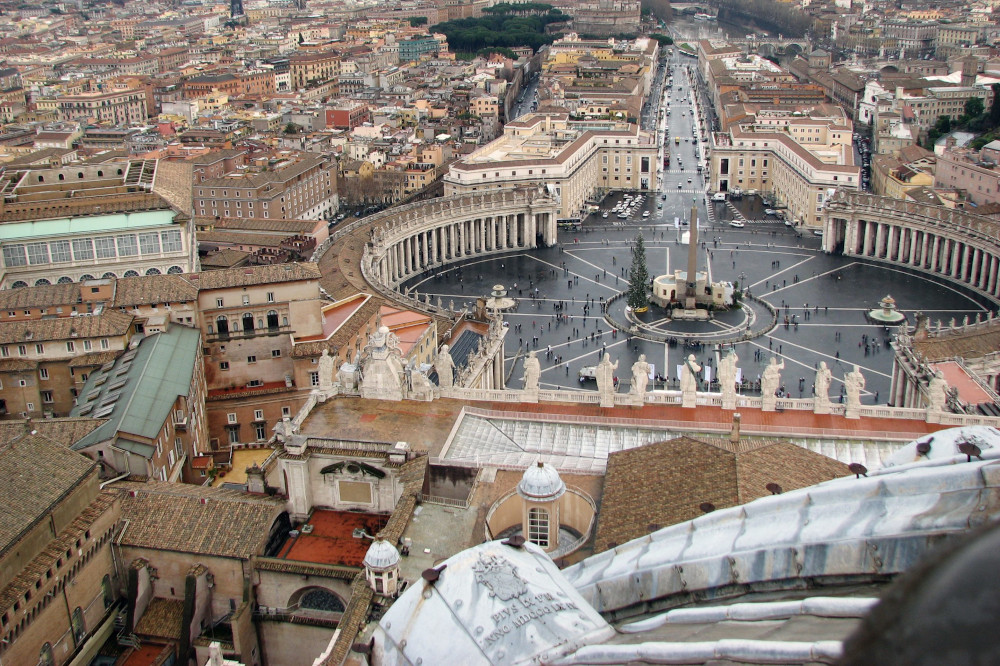 A view of St. Peter's Square, Vatican City and Rome from the top of Michelangelo's dome in St. Peter's Basilica. (Wikimedia Commons/Sandexx/CC BY-SA 3.0)

An equally intractable staffing problem is the management team that works directly with the pope. This includes all the cardinals and bishops working in the Vatican as well as some laypersons heading offices. The Vatican Curia will never be truly reformed as long as the top positions must be filled by cardinals and bishops.

Most of the top officials in the Vatican get no training in management in seminary. In dealing with employees, they often fall into paternalistic or authoritarian practices. Their eyes glaze over when looking at a budget or a spreadsheet. They need ongoing training to handle these issues.

Popes also need more freedom to pick their teams. Officials appointed under a previous pope are not always flexible enough to get on board with the new pope's priorities. All new CEOs need a management team that is loyal to them and their goals. They also don't always get the right mix the first time and therefore need to replace people who don't work out.

All of this is very difficult to do when the management team is made up of cardinals and bishops, who are still treated like princes and nobles, no matter what Francis says. To remove a cardinal or bishop from a curia job, you have to find him another job in the Vatican or make him head of an archdiocese in his home country.

For years after his election, Francis kept in the curia cardinals and others who are not fully committed to his policies. A big mistake was keeping Cardinal Marc Ouellet appointed by Pope Benedict as head of the Congregation for Bishops, the office responsible for appointing bishops around the world. He needed someone in that job who would more aggressively seek out episcopal candidates who would actively implement Francis' vision for the church.

Having bishops working in the Vatican is theologically problematic since a bishop without a diocese is like a shepherd without sheep. Vatican officials need to see themselves as staff to the pope as head of the college of bishops and not as part of the hierarchy. 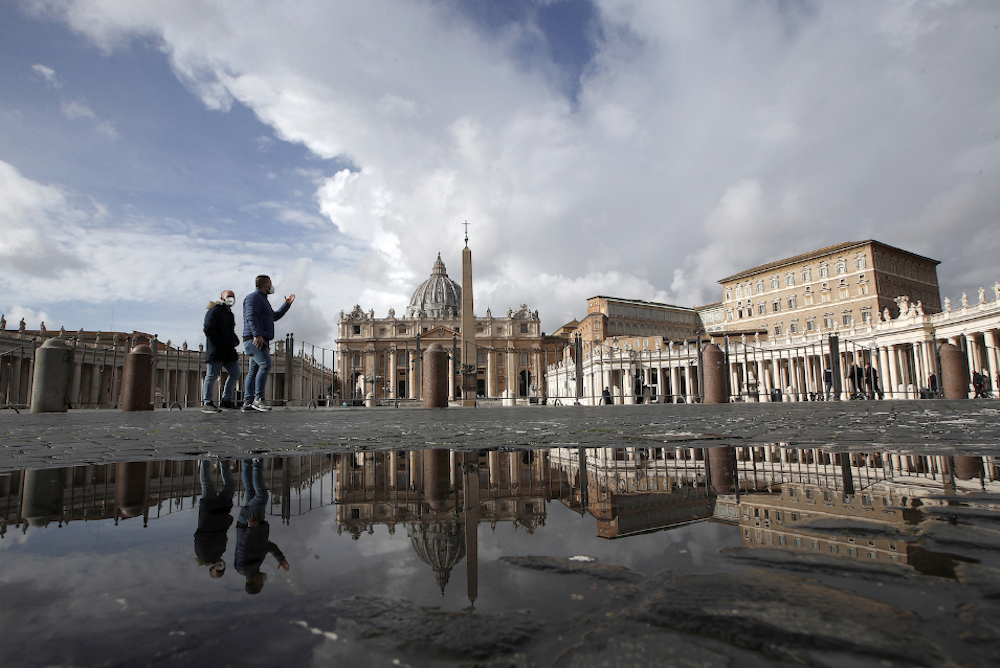 In this Jan. 31, 2021, file photo, people are reflected on a puddle as they walk in St. Peter's Square at the Vatican. (AP/Alessandra Tarantino)

Finally, it is important that the constitution not be seen as definitive. Everyone needs to recognize that the curia, like the church, is "semper reformanda" — always in need of reform.

Too much time and too many hopes have been placed on perfecting this new constitution, as if it was going to guide the church for decades. Bureaucracies must constantly change to reflect new environments and goals as well as the needs of the person at the top, and the new constitution should be treated as simply a photograph of a moment in time, not a statue for the Vatican Museum.

No single reform will magically improve the curia. Additional reforms will be needed in the future, and they should be easy to do.