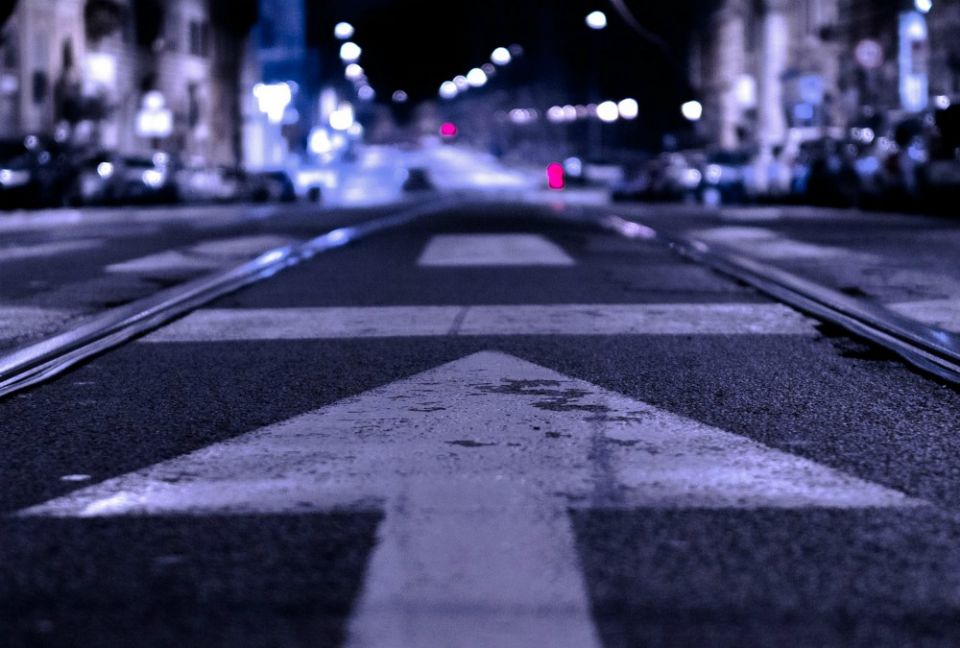 It's hard to believe that 12 years ago next month, I wrote my first column for the National Catholic Reporter. It's even harder to believe that this column I'm writing now will be my last. As of tomorrow, Sept. 30, I will no longer be serving as columnist or books editor at NCR.

I will instead be pivoting away from journalism and back into nonprofit work as president of Catholics for Choice.

In some ways, this new direction in my life brings me back to my beginnings. I started my journey as a Master of Divinity student at Yale Divinity School, where I worked closely with ethicist and theologian Margaret Farley, largely focusing on sexual ethics and Catholic theology. She became my lifelong mentor.

It was Margaret who gave me the words for why I still claim my Catholic identity. "Catholics have a sacramental view of the world," she told me way back in 1999 when I was a first-year student. That idea was the foundation of many of my early columns, such as my very first piece at NCR, "The grace of living on the margins," and "Why I still call myself a Catholic." And it has informed countless other pieces, like my arguments for why same-sex marriages are sacramental (see here and here) and why women should be ordained (see here and here).

In that first piece for NCR, written in 2008, I came out publicly as a lesbian. It was a very different time for LGBTQ people in the church and in U.S. society. To this day, I am still the only openly queer woman, and one of the very few out LGBTQ journalists, in the Catholic media in the world. There is still so much fear and shame out there, even in progressive Catholic circles. I am glad to have bucked that trend for over a decade and helped carve out a space for queer Catholics to speak proudly and publicly. 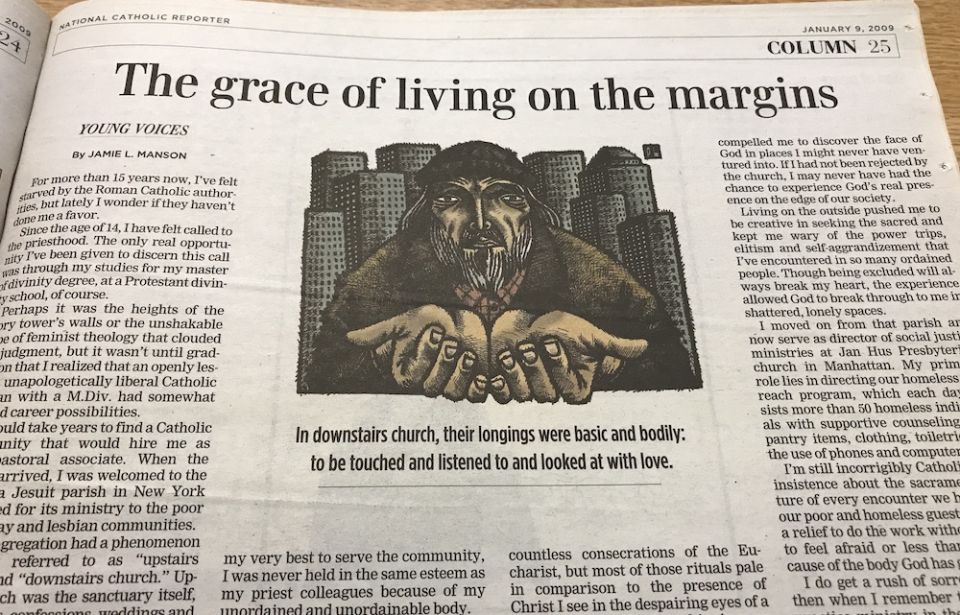 My extensive work on the struggle for women's equality and women's ordination in the church is among my proudest accomplishments at NCR, particularly my essay "The women's ordination movement is about much more than women priests," and the popular "What's eating Catholic women?" (If you want to hear me talk more about women priests, I'll be giving the 27th Annual Christopher F. Mooney, SJ, Lecture in Theology, Religion & Society via Zoom at Fairfield University about that topic on Nov. 4; sign up here.)

In those pieces on women's equality, I made a direct connection to the ways in which the church's teachings on women reinforce women's disproportionate suffering from starvation, violence, poverty and lack of education. "How will women ever see true equality when the hierarchy teaches that even God believes that a woman's body is inadequate and invalid when it comes to possessing certain forms of power?" I asked then. I won't ever stop asking.

I've also kept a close watch on the U.S. bishops' unfolding exploitation of the concept of religious liberty, beginning in 2012 when they attempted to block the contraceptive mandate in the Affordable Care Act — and succeeded to an unfortunate degree. Their wins keep mounting in the courts, thanks to the Becket Fund and its avatar, the Little Sisters of the Poor.

I have continued to speak out against the church's ban on all artificial contraception, even though many colleagues have told me "that ship has sailed" because Catholics have rejected the teaching. My columns on the sufferings of the people of the Philippines demonstrate that this ban has life-or-death consequences. Filipino bishops spent 15 years on the courts trying to block the Reproductive Health Act, which only exacerbated sickness, poverty and environmental destruction in the country.

My research and writing on the Philippines transformed my priorities as an activist and helped me see more clearly that, around the world, untold numbers of women and other vulnerable people have suffered serious health consequences and even death as a direct result of not having access to contraception, abortion and sexual education. Too often, the denial of these services is a direct result of Catholic doctrine and the policies of Catholic health services.

I have discussed this often in my column, but in recent years this reality has disturbed my inner peace to the point that I feel called to dedicate all of my energy and my gifts to fighting back on these issues specifically.

This weekend's nomination of Amy Coney Barrett to the Supreme Court makes my new work at Catholics for Choice particularly urgent. Barrett is staunchly anti-abortion and a member of a charismatic Catholic movement that requires strict gender roles, like the submission of a wife to her husband as her "head." Even though the majority of Catholics in the U.S. believe that abortion should be legal in all or most circumstances and 68% believe Roe v. Wade should not be overturned, few are willing to speak publicly about it. The anti-abortion movement has created such an all-consuming atmosphere of taboo and shame around the issue that they have effectively silenced Catholics who support abortion rights.

But there are far more of us than there are of them, and I hope in my new work I can help create space for Catholics to be educated about the nuances and to empower them to speak honestly and without fear of retribution. This issue alone is the reason we may have another Trump presidency. We have to take the risks of having these crucial conversations and standing together against the global oppression of women.

I know that many people in ministry, academic and nonprofit work continue to draw upon my work as a resource. I'm happy to say that NCR's executive editor, Heidi Schlumpf, has agreed to keep my entire archive accessible on NCR's website.

Of course, I won't completely pivot away from writing. One of my key responsibilities in my new role will be composing opinion pieces, so I will continue to write on the pressing issues of the day in Catholic and mainstream media. I'll continue making the case for why people of all genders are entitled to unobstructed access to reproductive health care and pointing out the many ways in which the church doctrines on abortion, contraception and gender inequality cause or compound the suffering of the most vulnerable around the world.

The same Catholic teachings that deny people access to reproductive care — namely the church's interpretations of natural law, religious liberty and strict gender roles — are the same teachings that lead to the oppression of women and LGBTQ people in our church. You will still hear me writing about those issues, too.

Finally, I'll close with gratitude. I give thanks to NCR's publisher Tom Fox, who (as then-editor) first brought my voice to NCR and later invited me to have my own regular column. But most of all I give thanks to you, my very devoted readers. My column opened up many speaking engagements for me over the years, and it was a joy to meet some of you in person at those events. The many gratifying letters that you have sent me over the years and the comments you have made on my columns are inscribed on my heart and will continue to give me strength. Your support has given me the courage to carry on with the work, especially in those moments when I felt loneliness and despair. I will be holding you all in my heart and I hope you will hold me in yours as well.

A version of this story appeared in the Oct 30-Nov 12, 2020 print issue under the headline: Looking back and moving forward .

Column | Looking back and moving forward