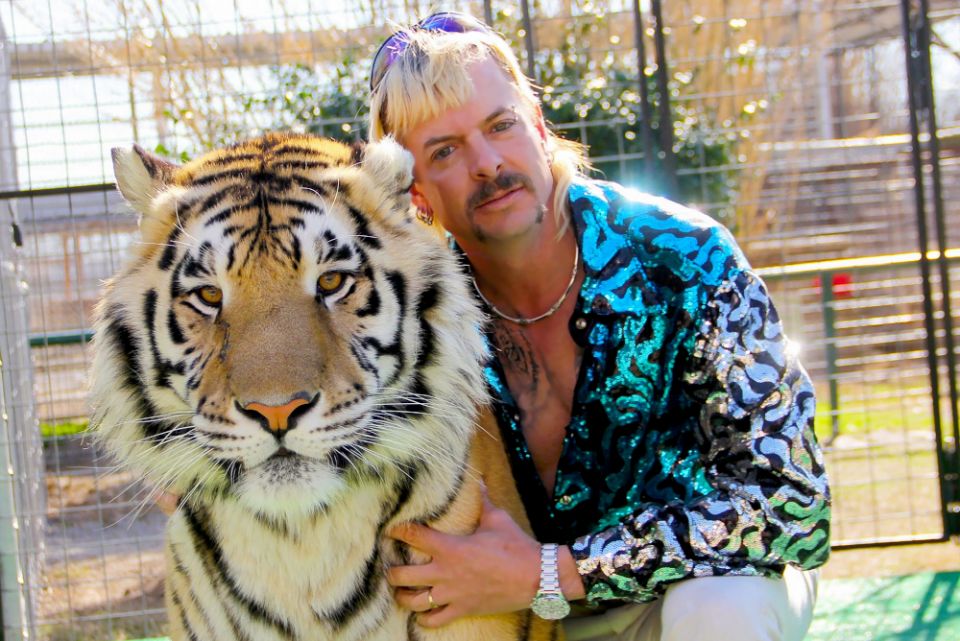 A virus is spreading. But it's not the one you're thinking of.

The contagion is called "Tiger King," and it invaded the screens of millions of unfortunate households this past weekend.

If you are one of the lucky people who have no idea what I'm referring to, prepare yourself. The show will come for you, one way or another. The trailer will run, against your will, when you turn on Netflix. A strange meme on Facebook will appear in your newsfeed. A review will run in The New Yorker. No one will be spared.

The Netflix series documents the disturbing rise and spectacular fall of Joe Exotic, a gun-toting, mullet-sporting, egomaniacal, campy-as-hell proprietor of a roadside animal park in Oklahoma.

At its peak, the park held captive more than 100 tigers, many of them endangered species, as well as lions, bears, alligators and great apes.

Joe raised the ire of animal rights activists because of his reckless breeding of tigers. He sold cubs for $5,000 a pop and brought them to malls for petting sessions and photos shoots. He is currently in prison for plotting to murder one of those activists, who has a checkered past of her own.

The entire "Tiger King" series played in my home over the weekend, and it made me so anxious that I cleared out an entire walk-in closet while it streamed in the background. If that's the kind of inspiration you need to "Marie Kondo" your life, then go for it. Otherwise, do anything else with your newfound time. (If you must watch Netflix, try "Unorthodox," which tells the true story of a young woman's escape from an ultra-Orthodox Jewish community in Brooklyn, New York.)

"Tiger King" is a pornography of everything that is wrong with the United States right now: greed and stupidity run amuck; drug abuse in economically depressed areas; the commodification and exploitation of nature; a fetishization of guns and ammo; and the glorification of narcissistic, sociopathic personalities.

At its best, "Tiger King" could have been an examination of the perverse relationship that white American males have with power. The show profiles several zoo owners, all of whom share two things in common: They all have multiple sex partners and they each get an ego-inflating thrill from dominating big, predatory cats. But the series never really goes that deep.

The show is set at a frenetic, addictive pace that escalates as the plotline gets more outlandish and the characters get increasingly bizarre. It is designed so that, every 10 minutes or so, viewers stop, shake their heads in disbelief and say, "Wait ... what?"

And perhaps that is the strange comfort "Tiger King" is offering. Its circus clowns are so lost and their lives are so chaotic, it makes one feel in control and stable in these frightfully uncertain times.

The series' subtitle, "Murder, Mayhem and Madness," may be the best encapsulation of what we are going through at this moment. The COVID-19 virus is taking lives suddenly and indiscriminately, and none of us can feel safe. Worst of all, people are dying alone.

On a break between Episodes 4 and 5, I checked my phone and saw a text from my mother — who is in peak physical health — saying that she was writing a living will for fear she might be intubated.

Another click on my phone reveals the madness of our milieu. One of the most telling signs of how radically life changed in such a drastically short amount of time is to look at the postings in my Venmo account. The app allows people to transfer money to friends immediately and seamlessly with a few clicks on their phone. It is a millennial's main currency.

When my friends send money to their friends, they have the option of making it public through an emoji-accented post. Transfers during the week of March 8 are for the typical expenses, like cocktails, lunches and weekend getaways.

But by the March 15, money is being sent for "emergency groceries," "disaster prep" and "the tip I would have given you this month."

The mayhem is breaking out in hospitals just miles from where I live. As of March 30, New York state has a staggering 66,497 cases of the virus, more than 36,000 of which are here in New York City. A map of infection rates by neighborhood shows poorer areas are raging red hotspots, while wealthier neighborhoods are a cool shade of yellow.

New Yorkers are increasingly being treated less like humans and more like contagions. We have been instructed not to leave the metro area for at least two weeks. If we do, we must isolate for 14 days or face fines. People with New York license plates are even being pulled over and registered by police when they cross state borders.

And while all of this real-time chaos swirls around us, "Tiger King" has remained the No. 1 show in the country since it premiered March 20. 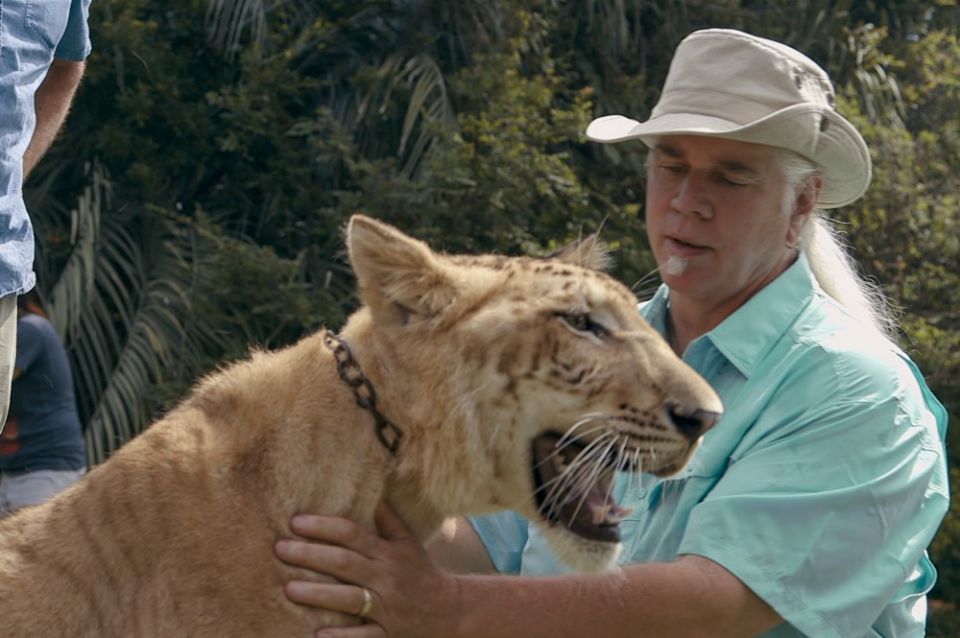 A scene from Episode 2 of "Tiger King: Murder, Mayhem and Madness" (Netflix)

Given all that is happening and all that may happen still, I suppose it is normal that we would turn to this seven-hour-long wreck to distract ourselves and escape for a while. But in a moment where many of us have the time to become more reflective, it feels profoundly sad that this is the show that is uniting us.

"Tiger King" has gone viral in large part because it is helping us medicate the panic and helplessness stirred up by a virus. But the delirium this series has triggered in our psyches shows that we may have more to fear than COVID-19. We are showing symptoms of a widespread soul sickness.

The appeal of this theater of the grotesque may say more about our character than it does about the characters it depicts. We are squandering time on a series that does little more than seek gratification from the brokenness of some very damaged people. Only the tigers endure more exploitation.

For most people, the need to self-isolate has been the greatest hardship of the coronavirus outbreak. But as the show's final credits rolled, I was grateful to get those folks out of my house.

Column | 'Tiger King' reveals symptoms of our own soul sickness

Near the rumble of the 7 train, Queens parish and pastor endure the pandemic

Vatican task force calls for an end to arms production