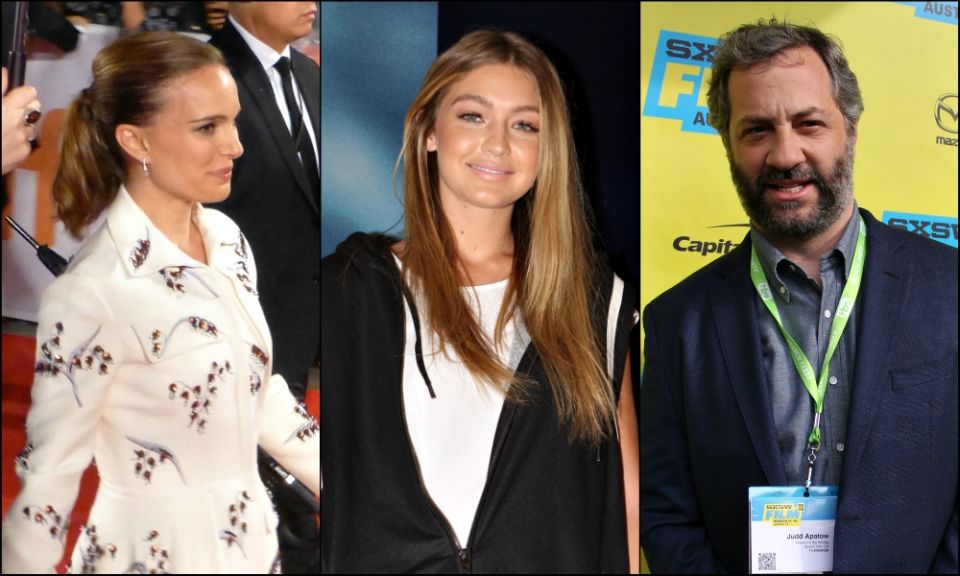 The entertainment world has traditionally been more progressive and outspoken on issues of human rights and justice than other parts of society and the issue of Palestine has been no exception. In response, those advocating maximalist and right-wing Israeli policies toward the Palestinians have always dismissed the outspokenness of the entertainment world as that of naive and lily-white liberals, self-hating Jews, or both.

Recently, however, with the maturing of millennials into adulthood and the proliferation of social media, the support of many entertainers for the cause of Palestinian justice has found a new platform and a wider, receptive audience among young American adults, including among young American Jews.

No current example best illustrates how advocating for Palestinian human rights and justice can result in a vitriolic response than that of celebrity model Gigi Hadid, who is Palestinian on her father's side. Hadid entered the debate on May 15 by posting screenshots on Twitter of a news article about the death toll in Gaza alongside a graphic commemorating May 15 as the 70th anniversary of the Palestinian Nakba or "catastrophe," the term Palestinians use to refer to their dispossession and expulsion in 1948 from their lands and homes in what was to become the new state of Israel.

The following day, Hadid defended her views in several more tweets against those who were attacking her previous posts. "You'll all see whatever side you want," she wrote. "My intent is never to further separate groups in hatred — I live my life loving everyone regardless of religion/race. So I will say again for the last time, I'm not anti-anyone. I am only pro- coexistence. That is all." #freepalestine."

You’ll all see whatever side you want. My intent is never to further separate groups in hatred- I live my life loving everyone regardless of religion/race. So I will say again for the last time, I’m not anti-anyone. I am only pro- coexistence. That is all. #freepalestine

Hadid also said, "I don't agree with the violence from either side."

In a following post on Twitter, Hadid expressed frustration with the backlash she had experienced, announcing that she would no longer take a political stand in public since "social media is one of the most frustrating & twisted things. ... Everything's taken & read the wrong way bc tweets can never show real depth."

Gigi Hadid and her younger sister, Bella, have a history of speaking up for the Palestinians. On Dec. 8, 2017, Bella spoke out on Instagram against the Trump administration's decision to move the American embassy from Tel Aviv to Jerusalem, stating that the move "makes us take 5 steps back making it harder to live in a world of peace" and that "Jerusalem is home of all religions."

After the hostile response Gigi Hadid was subjected to on Twitter, a group of young Palestinians across the globe wrote a letter to Hadid expressing their love and solidarity for her and encouraging her not to be intimidated by those seeking to silence her voice and the truth. The letter spoke of how Palestinians worldwide rejoiced and were inspired every time the Hadid sisters commented on the issue and that even if a fraction of her fans gained more understanding of the Palestinian cause and supported it, then the Hadids' voices would have been "incredibly impactful and meaningful."

The Hadid sisters are part of a growing chorus of celebrities who are speaking out more forcefully on social media concerning the issue of Palestine, whether the recent violence perpetrated against Palestinians through the use of live fire during the demonstrations at the border fence between Gaza and Israel, the U.S. embassy move to Jerusalem, or Israeli government policies.

The most prominent among those speaking out has been Natalie Portman, a Jewish celebrity who also happens to be an Israeli citizen born in Jerusalem. In April, following the most recent outbreak of violence at the Gaza border, Portman announced she would not take a scheduled trip to Jerusalem to receive the Genesis Prize, an award nicknamed the "Jewish Nobel."

Portman did not explicitly say the reason for her cancellation was the violence in Gaza. Instead, in an Instagram post, she said she "did not want to appear as endorsing [Israeli Prime Minister] Benjamin Netanyahu," who had been scheduled to speak at the ceremony.

She added, "Like many Israelis and Jews around the world, I can be critical of the leadership in Israel without wanting to boycott the entire nation."

Another Jewish-American celebrity, Judd Apatow, also recently weighed in on the issue on Twitter. Apatow, who is an Emmy award winner, producer, director and actor, responded to an official Israeli Defense Forces tweet claiming, "Hamas can turn anything into a weapon of terror." Apatow asked, "If Hamas uses a disabled child then the logical response is to murder them? What does it feel like to harden yourself to the point where human life has lost its meaning?"

So these photos are meant to be an excuse for murdering them. I just want to be clear about the purpose. If Hamas uses a disabled child then the logical response is to murder them? What does it feel like to harden yourself to the point where human life has lost its meaning? https://t.co/6UxDjX8KJq

Also on Twitter, Jewish-American celebrity Bette Midler opined on President Donald Trump moving the U.S. embassy to Jerusalem by posting, "Fifty-two people die in protest over moving American Embassy to Jerusalem. ... Your uninformed and demented actions have consequences! Don't you get it? Those people had families too!"

Jon Stewart had multiple segments during his run as host of "The Daily Show" about the Palestinian issue, including discussing the difficulty of having rational, dispassionate conversations about the Israel-Gaza conflict. Stewart has effectively used humor as a vehicle to speak truth about Palestinian suffering. In doing so, he predictably drew the ire of pro-Zionists for expressing sympathy for the Palestinians in Gaza and drawing attention to the asymmetrical nature of the conflict.

Changing U.S. policy on the issue of Israel-Palestine to one that is more evenhanded and just, one that addresses the legitimate concerns and claims of both sides, is an incremental, long-term project. It ultimately requires that the issue transform from just another problem in a foreign country to a mainstream one that touches on core American values of justice, morality and national interest.

This process has begun, however, and the indications are that a new generation of Americans, spurred on by the proliferation of social media and the consequent inability of the Israeli government to control the narrative and suppress the truth, will eventually force American policymakers to adopt a position that will lead to a durable and just resolution to the Israeli-Palestinian conflict.