Let us write the unwritten poems about the soul of America 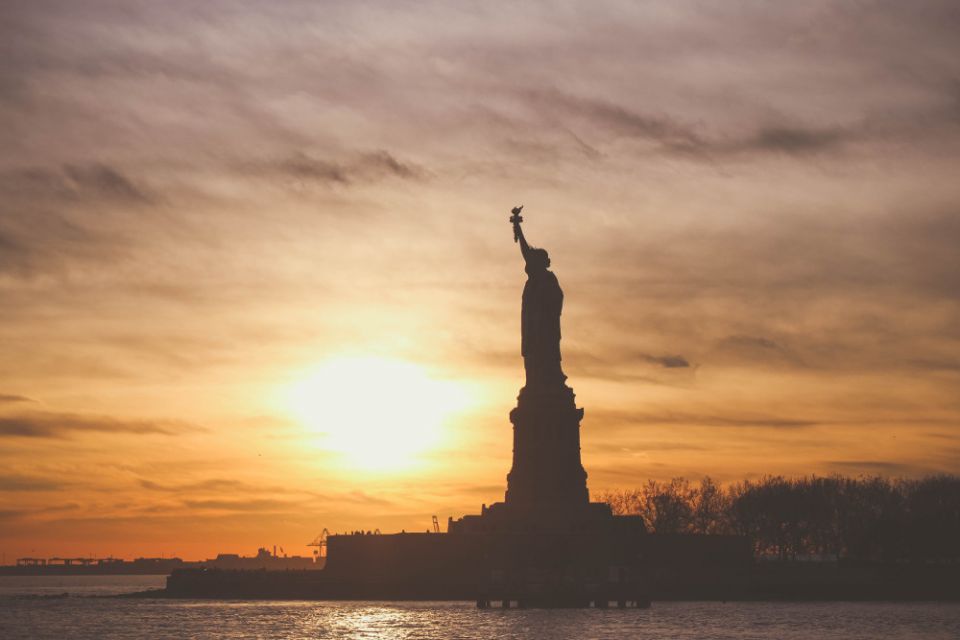 Today is the first day of the New Year, a good day to consider what the poet Walt Whitman wrote over 150 years ago: "Re-examine all that you have been told ... dismiss whatever insults your own soul." This is the message my mother carried with her from war-torn Europe. This is the message we can carry with us as we march into 2018.

In February 1948, my mother and father, my brother Bruno and my blind, disabled brother Oliver arrived on the Queen Elizabeth in New York Harbor as immigrants from Belgium. My mother remembers the deep fog, the freezing air of winter and the ice floating on either side of the ship. She couldn't see the Statue of Liberty, but the tall buildings of New York suddenly appeared out of the fog and mist as the ship slowly pushed to the dark pier.

My parents endured Nazi occupation, the agony of hunger, the oppression of Hitler's army. My mother remembers the hellish glow on the night sky during the Battle of the Bulge. She was nearly crushed to death as she was pushed under a bus during the great evacuation at Dunkirk. Nazi troops came to my grandmother's house to arrest my grandfather.

I look at my 6 year old nephew, Benjamin, with his red hair and his voice of an angel asking anyone who is willing to read to him. I look at my mother who is 96, and wonder if the little boy will ever fully understand the consequence of his birth, and the reality of his existence that resides in his parents', grandparents', and in his great-grandmother's history.

Adolph Hitler murdered millions of mothers and fathers, and generations of future children unborn. My mother remembers the bombs, the deaths, the slaughter and sorrow, and when she arrived in this country a friend of hers, a humble Catholic priest, read aloud T.S. Eliot's poem, "The Love Song of J. Alfred Prufrock." Have we seen the moments of our greatness flicker, Eliot asked? My mother's answer was no, greatness still abounds in the souls of who we are.

My mother endured World War II, the birth of a sick, blind boy, the poverty of raising six children in this new land, and yet she rose from the ashes of Europe, and from the sorrow of my sick brother and believed, still, in hope and in goodness.

When she heard the words of Eliot, my mother began to write poetry. "Often," she wrote in one of her poems, "we think about moving, imagining not another self, but another place." That other place was the United States.

In spite of our faults, we in America constantly seek illuminations. Truth in all that we do is held up for all to see in the dazzling light of generosity and compassion, not in the darkness of greed and ego.

My mother imagined America. She defined it as "a log-house in the woods, fire spitting like a yellow cat in the recess of the room." She could have easily defined the homes of the 18th century America. She thought about "the bear in the den, the mouse at ease in the cellar." We as a nation endured the frontier, triumphed in this new land, and conquered the moon. We now struggle with conquering the depths of our aching souls.

My mother realized that leaving her childhood and her home "would not bring us closer to what we seek." She knew "ancient fears knock at the window: rape, murder, war, famine."

My mother knew that she was born in a calm city of Brussels "where time promenaded under the elms," until that calm was shattered and later in this land of America she "raced through underground passages" of hope and stamina, the years of her youth "careening by breaking like carriages pulled by mad horses."

As my brothers and sisters and I were born my mother noticed the beauty of "ruffled peonies, snow on the petrified roses." My mother saw, with glee, us children growing, "rolling marbles, dragging sleds."

My mother knew, and taught me that "deep inside of ourselves lie the fossils of the past." She knew that "at the end of the map where fates spin," a memory "floats by." My mother knew that we continue to reach out with our hands for the souls of who we are always hoping for illuminations.

In spite of our faults, we in America constantly seek illuminations. Truth in all that we do is held up for all to see in the dazzling light of generosity and compassion, not in the darkness of greed and ego.

My mother is 96 years old and she still writes that "we sit in silence, in the deepest depth we pray."

For all our faults and woes, and for all our strengths and victories there has been always in America the hope of freedom, the breaking away from tyranny and the consideration of a better world where life and liberty are sown together in a single pattern of unity and goodness.

I hope Benjamin hears years from today the voice of his great-grandmother. "When all will have been said, my words will be lifted, will fly red sparks upon the wind and my heart will break in its casket of bones bleeding its last poem on a page not yet written."

May Benjamin remember my mother's words, her red sparks of hope and fire. Let us all continue in 2018 to write the unwritten poems about the soul of America. Let us carry out with courage the truth of who we are with humility and wisdom; with strength and compassion.

[Christopher de Vinck is the author of The Power of the Powerless: A Brother's Legacy of Love (Crossroad Books).]

Poetry provides spiritual nourishment in these sparest days of Lent