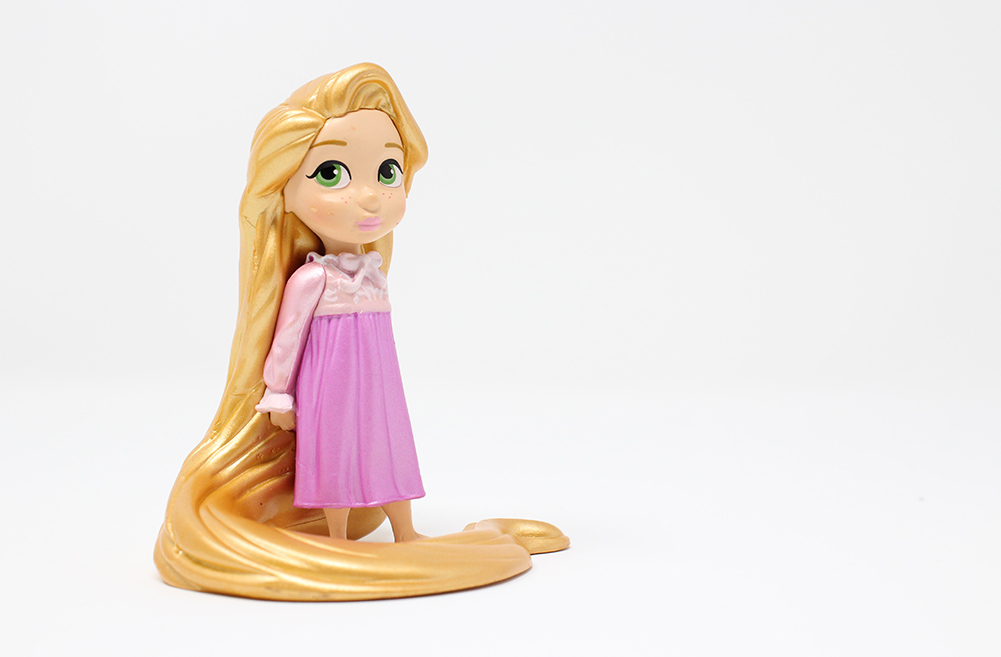 My wife and I once spent a good chunk of a Saturday night discussing "Rapunzel's Tangled Adventure." You'd be forgiven for wondering what that is.

I'm talking about an animated series spin-off from the 2010 Disney movie "Tangled," which itself is based on the fairytale about a girl with curiously long hair who finds herself trapped in a tower. My 4-year-old daughter loves it.

And apparently, so do I. But I just can't put my finger on why.

We've watched our fair share of "Daniel Tiger's Neighborhood," "Dora the Explorer" and "Doc McStuffins." They're all great shows — my daughter learns how to process her emotions, how to relate to others, and how to identify problems and subsequent solutions. Solid educational television, which I don't take for granted before, during or after a pandemic.

But when I sit down to watch "Rapunzel's Tangled Adventure" with Elianna, something different happens. We're sucked into the story, this saga told in 22-minute increments. Sure, there are silly songs and a questionable premise — multipurpose, magical hair with the power to heal, shield, fight and be wielded like a lasso — but the heart of the story is powerful.

We follow a young woman who discovers that evil is real and comes in the form of bandits and moonstones, as well as in trauma and loss and grief. We see the highs of friendship and love and the lows of betrayal and mistrust.

The characters on screen don't invite my daughter to respond to questions or to sing along — as Daniel Tiger or Dora the Explorer might — but she does so nonetheless. The lessons aren't neatly packaged into jingles or explanatory narrative and divvied up over the course of two digestible, 12-minute episodes. And yet, my daughter turns to us after the credits roll to process what just happened. "Will Rapunzel be able to escape her current predicament?" "Why was Shorty so silly?" "Why did Cassandra betray Rapunzel?"

And most important of all: "What's going to happen next?" A question we each ask of our own lives daily.

The show was the topic of conversation with my wife that Saturday night — beers in hand, children asleep — because this kind of storytelling demands accompaniment. It necessarily flows over from the screen into our daily interactions. It's not as self-contained as "Sesame Street" or "The Magic School Bus."

The story keeps going, episode after episode, and my wife and I have to keep up. It builds over time, the actions of one episode having clear and present repercussions in the next. Never are the words uttered: Previously on "Daniel Tiger's Neighborhood" …

Perhaps it's a dangerous business introducing a somewhat complex, nuanced tale to a 4-year-old. Certainly, it would be easier if we could just flip on the television, download some pre-preschool lessons into her young mind, and call it a day. There's nothing wrong with that.

I was probably 10 years old when my dad introduced me to "Star Wars." I remember sitting on the couch as he pulled out a VHS tape containing the original film. I imagine he said something about it, some reason why we were going to watch it. But I remember nothing more, aside from the fact that over the next few weeks we made our way through the original trilogy.

That seemingly innocuous father-son moment has reverberated throughout my 30-plus years. I love "Star Wars" to this day. I've seen the films, read the books, watched the shows, played the games and built the Legos. The ever-expanding universe is a challenge to my own imagination: Can it, too, be ever-expanding? What response does that demand from me? As the universe expands, so too do the powers of evil and darkness.

"Darkness rises and light to meet it," claims a character in "The Last Jedi." Perhaps no line better encompasses the power of these kinds of stories. Because darkness isn't confined to the screen, to the page, to the gaming console. It haunts our world; it bubbles up within each of us. But light responds — at least it can if we let it — whether that means gripping a lightsaber or growing out your magical hair.

And I've seen it begin to illuminate my daughter. I see it in how she plays, how she imagines herself to be Rapunzel saving the day and defeating the villains. I see it in how she invites her very little sister — forever relegated to play the part of the animal sidekick — to "keep going!" as together they work to save their stuffed animals.

I see it in her as a reflection of my own younger self, my own dreams of becoming a Jedi and, failing that, my settling on discovering my own way of becoming a guardian of peace and justice in the real world.

Ultimately, as her imagination expands, I see in her ever more fertile ground for God's Spirit to work. An imagination that begrudgingly agrees that magic isn't real but that miracles do happen — and we're invited to collaborate in their conception.