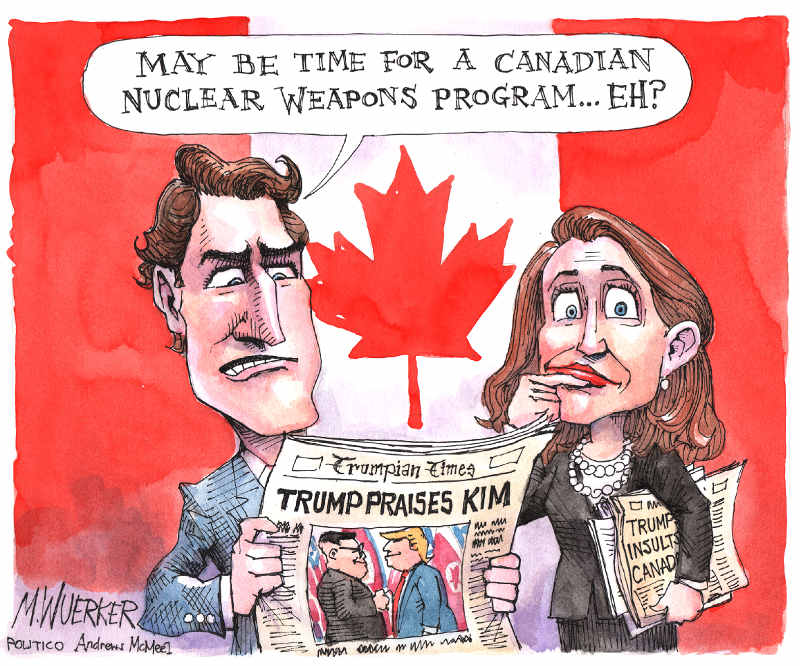 NCR staff writer Brian Roewe was with the U.S. bishops' conference in Fort Lauderdale, Florida, this week. Some highlights from that meeting:

Some bishops had called for a completely fresh re-write of their quadrennial guide to participation in the poloitical process, to better reflect the current political climate. Most declined that challenge voting instead supplement rather than redraft and reissue Faithful Citizenship guide. (This article is a total update from the story we posted yeterday, so check it out. You might say that -- unlike Faithful Citizenship -- our story has been revised and reissued. ;)

They also made incremental changes to the Dallas Charter, their guiding document on addressing sexual abuse of minors by clergy: Expanded background checks among changes to child protection charter

Michael Sean Winters wasn't physcially in Florida, but he had his finger on the pulse of the meeting:

NCR has been following the immigration issue closely since before Donald Trump came to office. Here's a round of our most recent reporting: Families Separated at the Border

Brownsville, Texas -- Inside Casa Padre, the converted Walmart where the U.S. is holding nearly 1,500 immigrant children

Archbishop Luis Ladaria, prefect of the Congregation for the Doctrine of the Faith, stirred up some water when he write in L'Osservatore Romano last month reaffirming the Catholic Church's ban on the ordination of women as priests, writing in a new article that the teaching has a "definitive character" and "is a truth belonging to the deposit of faith." Reactions were swift to come, Advocates dismayed by reaffirming ban on women priests, with a great many finding Ladaria's arguments not only unconvincing but frankly repetitive of views refuted many times over.

I dug into the NCR archives, and found a couple of gems from the U.S. bishops' conference meeting, which I wrote about here: Ban on women priests didn't seem settled teaching in 1992 Sr. Christine Schenk went a lot deeper than I did, digging into ancient texts and archeology. She found Vatican statements on women and ordination ahistorical and biblically naive. It is embarrassing. We've got more to come on this topic next week, so stay tuned.

Roman Catholic Woman Priest celebrates 10 years of ministry in Winona, Minnesota. "It's really humbling when I think of the good things that have happened in these 10 years. It's just a blessing."

Dr. Gwen L. DuBois, president of Chesapeake Physicians for Social Responsibility, says that\ North Korea shouldn't have nukes — and neither should we

Is this true? The bishops want more control over your health care?

Have you been inspired by Pope Francis' exhortation Gaudete et Exsultate ("Rejoice and Be Glad") to join the journey of 'small holiness', NCR and Celebration have the resources to help:

On serving both God and guns, and banning someone from the Eucharist

Your thoughts on the moral considerations of abortion policy

The pandemic, politics and the power of prayer