No free will, no ideas: Physicist Brian Greene reduces everything to 'particles and fields' 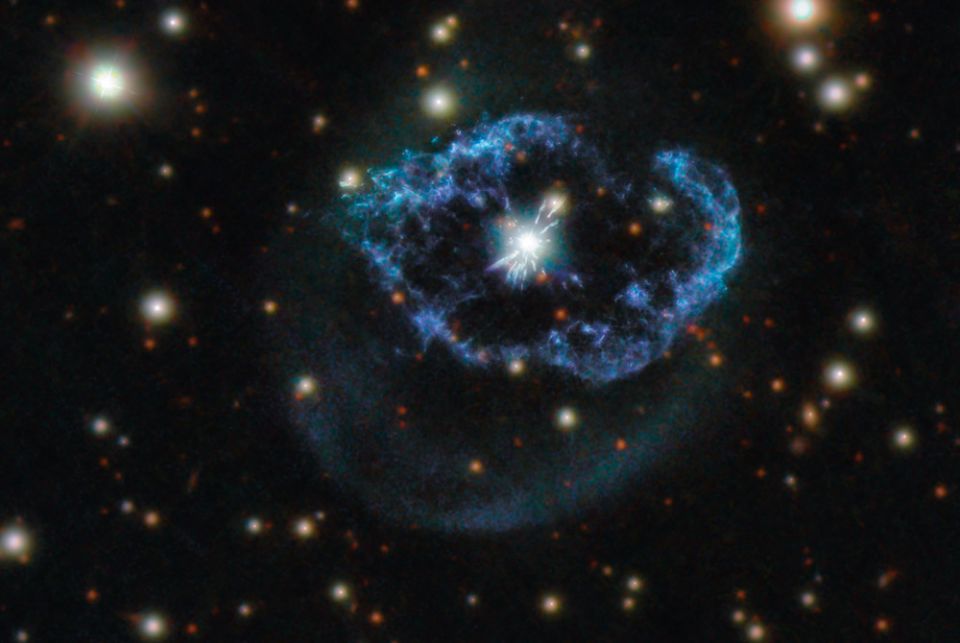 "There are two kinds of people: 'Nothing but' and 'Something more.' " So said an old Jesuit spiritual director. Brilliant science teacher and world-renowned theoretical physicist Brian Greene is a "but" guy; I'm more of a "more" man.

Greene is one of today's best popularizers of science's teachings. Too many live with a worldview developed in the Middle Ages, or at least Newton's universe. Yet, evolution now colors all we know (and those who think they are defending the faith by denying evolution are doing bad biology and terrible theology). The revolutions of Einstein's theories, and the mysteries of quantum mechanics, are slowly seeping into consciousness and culture.

How we make meaning of reality is reoriented when our notions of what is "really real" are in new, and sometimes troubling, relations. Is the table on which I rest this laptop a solid thing or a whirling mass of electrons? Both. Greene is a great guide into these radically realized realms of meaning.

The Elegant Universe may not prove string theory, but it reveals the startling truth that the beauty of the equations often indicates scientific discovery. The Fabric of the Cosmos takes you from the Big Bang to time travel into the past (but not the future). One of his New York Times op-eds presents this mind-blowing argument: As the galaxies accelerate their speed while moving farther and farther from each other, at some point, here on Earth, our most powerful instruments will not be able to register the light of distant stars. People in that far future will need to believe our testimony to know there is anything out there.

Greene argues, "physics in general, and quantum mechanics in particular, can only deal with the measurable properties of the universe. Anything else is simply not in the domain of physics." 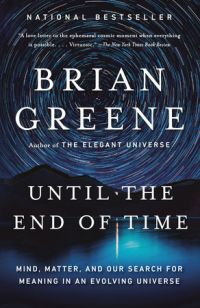 Until the End of Time: Mind, Matter, and Our Search for Meaning in an Evolving Universe
By Brian Greene
448 pages; Knopf
$30.00

In his latest book, Until the End of Time, his argument goes too far or not far enough. His view presents the kind of paradox you expect in a quantum universe that exhibits spooky relationships between particles, where "what is" isn't "what it is" until someone observes or judges "that it is" (think Schrödinger's cat).

Greene argues that much of what is generally outside the domain of physics, aspects of reality like thought, language, art, ourselves and the holy grail, consciousness, are nothing but particles set in motion at the Big Bang some 13.7 billion years ago.

Greene's reduction of all reality to particles means there is no free will. Yet, Greene's ruminations uncover a chink in the reductionist armor. He asks why the particles that make up a big rock remain inert as a tree limb falls, threatening to land on someone, while the particles that are "you" or "me" will rush over and pull that someone out of danger. Note, we wouldn't worry about the rock getting smashed.

Greene argues that such salvific action is not free will or choice. The particles of the rock, "you" and "I" are all subject to the same inevitable and unchanging laws of physics. It is just that "you" or "I" have a more "sophisticated internal organization [that] allows for a rich spectrum of behavioral responses" not available to the rock. Curiously, Greene argues, "This notion of freedom does not require free will." He admits this use of the term "free" is a bit of a "linguistic bait and switch. 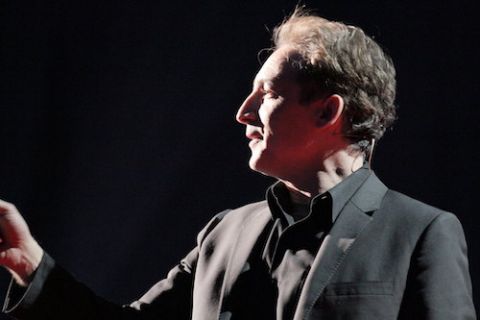 His admittance is more than that. It is more than particles of synapses firing in his fertile and impressive brain. It is an argument. And a person making an argument must be free, or it is no argument.

A belief in the mystery we call God, awareness and trust that there is a reality beyond physical reality, grounds assertions of free will and argues for purpose and ultimate meaning to our existence and the universe.

But we are more than the particles that physicists can measure. Reality is more than what our knowledge of physical reality reveals. Our knowledge itself, our consciousness, the laws of physics, math — all transcend physical particles and fields.

Ironically, Greene loses the argument that the act of argument is unfree, and in the long run, meaningless. He loses by making an argument.

Early in Until the End of Time, Greene refers to the famous argument between philosopher Bertrand Russell and Jesuit Fr. Frederick Charles Copleston about the existence of a necessary being, i.e., God.

Russell denied the meaning of the question of what causes contingent existence. We must ignore the question of Leibniz, Heidegger and Wittgenstein, "Why is there anything rather than nothing?" According to Copleston, Russell dodged the issue: "If one refuses to sit down at the chessboard, one cannot be checkmated."

In Until the End of Time, Greene has taken a seat at the board. He checkmates himself.

An argument is indisputable, a reality that goes beyond the merely physical. It is not made up of particles but exists in the relationship between Greene's thought and my thought. It is beyond both of us. It connects both of us. It is spiritual.

If the argument were just a mass of particles, there would be no way to connect Greene's consciousness with mine or yours. That's the difference between a rock and me and Greene and you. Jesuit Fr. Pierre Teilhard de Chardin proclaimed we are radically spiritual beings having a human experience. We cannot reduce our embodied self-consciousness to particles. We are more than that, much more.

A version of this story appeared in the April 30-May 13, 2021 print issue under the headline: Physicist reduces everything to 'particles and fields' . 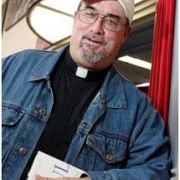 Richard G. Malloy, Ph.D., is a Jesuit priest and author of A Faith that Frees: Catholic Matters for the 21st Century, Being on Fire: The Top Ten Essentials of Catholic Faith and Spiritual Direction: A Beginner's Guide.

Opinion | No free will, no ideas: Physicist Brian Greene reduces everything to 'particles and fields'

On the life of Einstein, 'Genius' is simply great television

'We are patterns that connect': LCWR reflects on Trinity, physics, racism