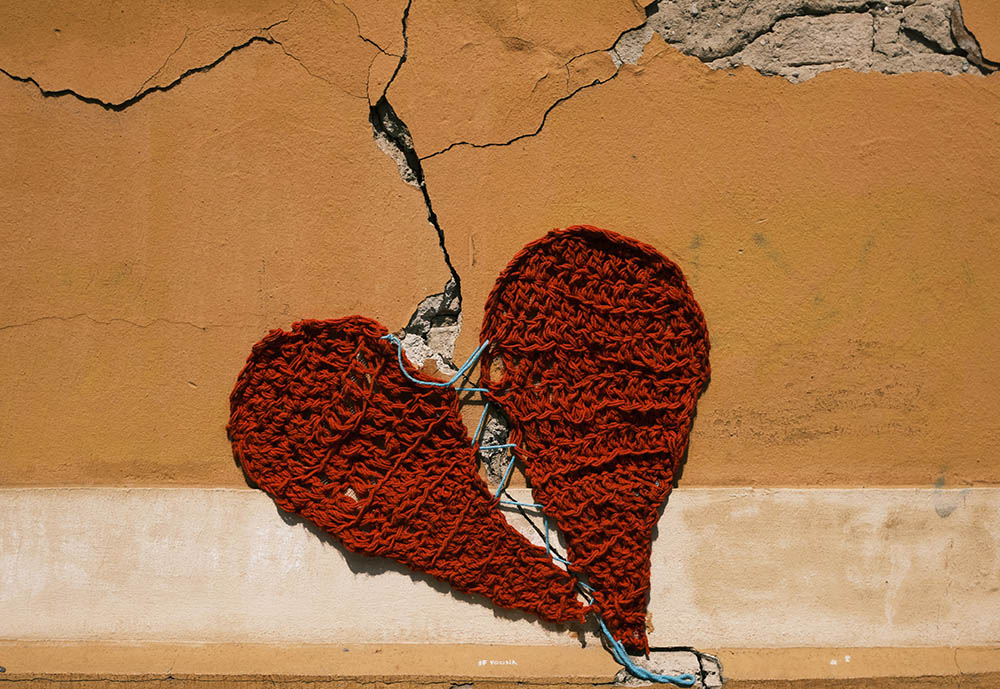 In fact, a good deal of the Bible can easily be dismissed as foreign to the modern world. So much of every book of the Bible is in need of interpretation in a world of digital icons and multiple translations, not to mention the very archeology of the place.

On every page, something cries out for cultural, social or historical explanations. As in, what exactly is a burning bush or a sea of reeds or the vizier of the pharaoh. Some people let that kind of information go by. Others study most of their lives, one Scripture after another, to apply thousands of years of the spiritual life to this one. And, to tell the truth, all of that is an enriching and soul-stretching exercise.

But not everything in Scripture lies behind a plexiglass of uncertainty, of confusion and ancient script. Not, for instance, in the first six Beatitudes of Jesus.

On the contrary, the Beatitudes have a very clear place in life. Anybody's life anywhere. Yours, mine, the Iraqi refugee next door. The Jewish and Black and Asian home or convenience store or political implications down the street. The Beatitudes are not a denominational code of professional religion. They are the about the parameters of what it means to be equally human, always needy, forever aware of what it is to be one of the "children of God."

The Beatitudes of Jesus are easy to spot. They make sense. They provide a veritable way of life for those who take them seriously.

Justice, mercy, meekness, peacemaking, mourning and righteousness — the first six Beatitudes of Jesus — are easy to spot. They are not just aphorisms, pretty prayers or a recitation piece.

The Beatitudes are verbs. They set out to do things. They change us and everything around us. In fact, to be real at all, they require a very public demonstration of very important dimensions of life.

We're either fair and just with people — or we're not — and if we are not, they know when they're being exploited.

Being merciful to others eases their lives and helps them to start over in life with dignity, with their sins forgiven and life renewed.

Humility makes us comfortable when we're out of our comfort zones. It takes our differences and turns them into a family of equals. It forbids the oppression of others and prods us to speak the truths of life at all times.

When we grieve for people in the midst of their hardship or losses, we take them out of their deserts of loneliness and give them a new sense of life when life goes dry and empty.

Most of all, the righteous rejection of evil and our commitment to the needs of others is the glue that brings families, neighborhoods, the world together.

Indeed, the Beatitudes of Jesus change the very core of life.

Jesus did not preach the Beatitudes as lulling examples of soft poetry, though poetry they are. They are within us, the steel spine of life. They hold us up through everything. They enable us to build a new world around us. They are here to enable us to hold up the weakness of the human race, and remind us that we are the co-creators of a world in pain just waiting for us to notice it. Near us. With us. In our own backyards. And with all those others, as well.

Good. But what about the seventh beatitude? Happy are the "pure of heart for they shall see God"? Now that's something else entirely.

Being "pure of heart" is not satisfied by physical behaviors or mere acts of public charity. It has nothing to do with changing my behavior in a way that will make you comfortable or give you security or contribute to your physical well-being. Or even if it does, I will never know why you did it. You see, the seventh beatitude is all about motives. Mine.

Jesus is very clear about that when he confronts the scribes and Pharisees, saying, "You brood of vipers and hypocrites. You tell the people that they are no longer bound to care for their elderly parents" — a major ethical principle of Judaism — provided they now make an offering, or korban, to the keepers of the Temple instead.

Being 'pure of heart' is not satisfied by physical behaviors or mere acts of public charity. The seventh beatitude is all about motives. Mine.

So, what are these religious officials doing here? Is the intention to see that the older generation is cared for or to make money for the Temple itself? Listen carefully: The deal is that the religious obligation of the children can now be met by paying the Temple officials the money rather than using it for the direct caring of their parents. Clearly the motive is toxic. Whatever good may be done on the side this way — though Jesus doesn't name any — the fact is that it was not done for the right reason.

In fact, purity of heart has to do with intentionality, with why I really do things. With my motives. With the real reason for what I do, which, however good it makes me look on the outside, may indeed be poisonous on the inside.

Being "pure of heart," is not an obsolete factor in the spiritual life. In fact, it seems to be the very core of what we need in this country right now but are finding so difficult to determine.

Why are congressional representatives, for instance, continuing to declare Donald Trump's lie that this legally honest presidential election was stolen from him, was actually a fraud, was taken from him by all sorts of nefarious and nonexistent evidence? Why? Because they actually believe it? Or because they will do anything to cater to Trump enough to receive his endorsement of their own election? But which is it: a hidden political gain or a genuine commitment to the good of the nation?

Have these leaders of ours been fooled, too — or are they simply pulling the strings of Trump's paranoia for their own good? It's an important question. After all, the integrity of the country is at stake.

If we ourselves do not call those motives out, who will be the real fools in the end: Trump? Trumpers? Republican shills who want the seat more than they want honest government, a good future, a just system?

Which, in that case, means that the country will be sending liars to Congress consciously, foolishly, and with what credentials to prove that they are really operating in our best interest?

And if we ourselves do not call those motives out, who will be the real fools in the end: Trump? Trumpers? Republican shills who want the seat more than they want honest government, a good future, a just system? The Lexico Dictionary calls the shill "an accomplice of a confidence trickster or swindler who poses as a genuine customer to entice or encourage others."

Their dishonesty lies in the fact that it's all for their own sake, for the sake of a congressional seat they intend to win even if they have to lie to get it.

The national spiritual malignancy lies in this: Those who will lie to you to get your support will lie to you when they get it, as well. Their seat will not be for your good. Not for your sake. Not for the sake of the welfare of the country. Not to make the country, the future, the children of tomorrow secure.

From where I stand, it seems to me that of all the Beatitudes we're in need of at this moment in time, purity of heart may be the one that the political, social, moral dimension of the government may be in need of most. If the preservation of the Constitution, the commitment to democratic principles, the integrity of its representatives is not central, what will be?

Only purity of heart can save us now. A precious few have stood to call out the lie.

As Jesus said later, "Where are the others?"