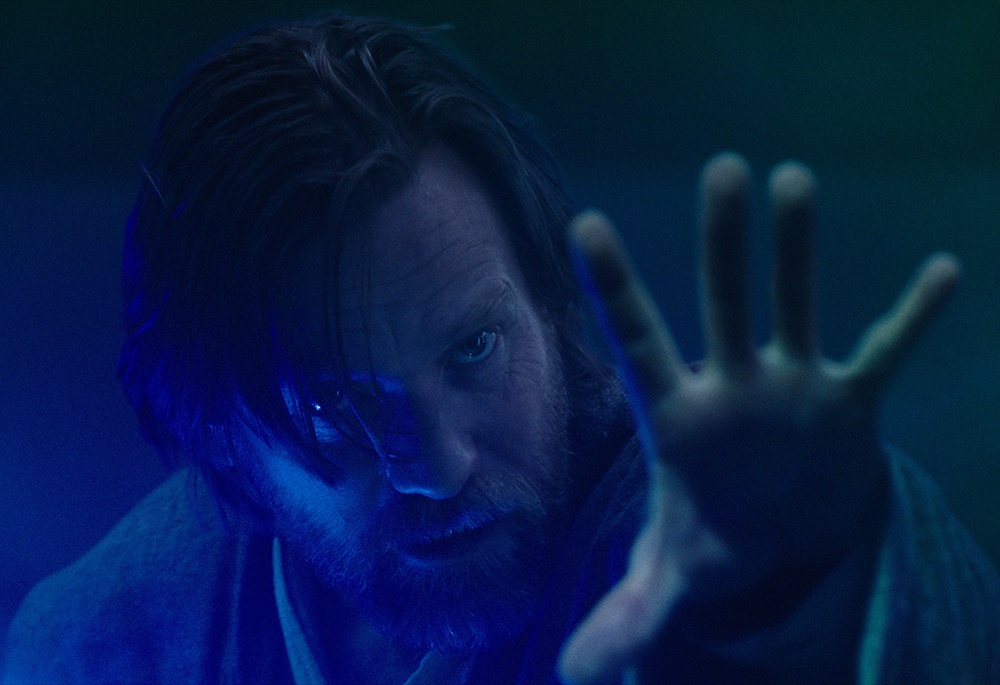 "Look what I have risen above."

This line — from an animated Obi-Wan Kenobi in the penultimate season of the Disney series "Star Wars Rebels" — struck me the first time I heard it. What does he mean?

It's delivered in a nearly perfect impression of Alec Guinness, the man who first portrayed Obi-Wan "Ben" Kenobi in "Star Wars: A New Hope." It's a response to the scornful words of Maul, the vengeful, once-Sith lord who a younger Obi-Wan didn't quite manage to kill.

"Look what has become of you: a rat in the desert."

The exchange is dramatic and the ensuing fight decisive. Obi-Wan does not get drawn into a flashy exchange of humming lightsabers. He defends himself from Maul's onslaught and quickly defeats his old foe — though not before making it clear this is a fight he would have rather avoided.

Quite a change from the Obi-Wan we saw in the Clone Wars era, who — in "Revenge of the Sith" — leaps into a hangar full of battle droids, bent on chasing down the cyborg General Grievous with nothing but his lightsaber and a cheeky, "Hello, there!"

Those many years in the sand and sun of Tatooine have done more than age Kenobi. What has he risen above?

The latest installment in the "Star Wars" universe, "Obi-Wan Kenobi," gives us an answer. Reprising his prequel-era role, Ewan McGregor stars as the titular character in this Disney+ limited series. And while we get plenty of action-packed blaster battles and lightsaber fights and gasp-worthy cameos and a few questionable plot decisions, the real story is a spiritual one.

Kenobi is a broken man, riddled by grief. This comes as no surprise — he did singlehandedly train the man who would become Darth Vader and overthrow the Jedi, slaughter his friends and play a pivotal role in the construction of the oppressive Galactic Empire. Obi-Wan missed the signs, and others paid the price.

But until now, we haven't seen Kenobi deal with the repercussions of his actions — and inaction. From swashbuckling general to desert recluse, Kenobi's character is consistent in his confidence, his calm, his commitment to the Force. But should he be?

The answer: no, not at all.

In fact, when we meet Ben at the beginning of the series, he's the opposite of all those things. He has buried his lightsaber in the desert, broken his connection with the Force and refuses to help those in need — from a doomed fellow Jedi to Princess Leia Organa (delightfully portrayed by Vivien Lyra Blair) herself.

Even when Kenobi does begrudgingly agree to leave Tatooine and track down kidnapped Leia — thanks to the persistence of Leia's adoptive father, Bail Organa, once again played by the great Jimmy Smits — Obi-Wan is a haunted man, struggling to trust others, to act decisively, to even exist in this much-changed galaxy. 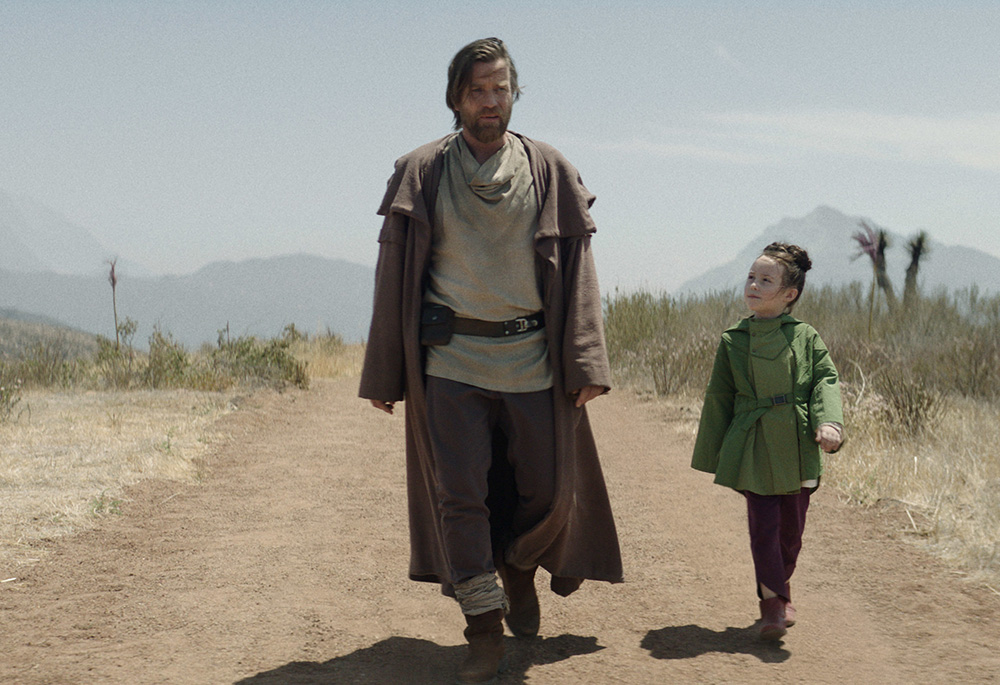 Moses Ingram's Third Sister, Reva, twists the knife even more: She's the one to taunt Kenobi with the information that his old friend and padawan, Anakin Skywalker, still lives, still terrorizes the galaxy as Darth Vader. Obi-Wan's world is shattered all over again, his cascading failures nearly drowning him.

We see as much in the first confrontation between the former master and apprentice: Vader utterly destroys the weakened, distracted Kenobi. And Obi-Wan is whisked away to heal both in body and soul.

And heal he does. Slowly, by trusting strangers, by making himself available to the needs of the galaxy, by allowing himself to again care for others — the young Leia, the imperial-turned-rebel Tala (played by Indira Varma) and even his lost apprentice, Anakin — Kenobi finds himself once again strong with the Force.

So, what has Kenobi really risen above? It's not that he can survive in an unforgiving desert or go on the occasional adventure. It's not even that he can reconnect with the Force or best his once-friend in a duel.

Obi-Wan has risen above his grief. And I think nothing demonstrates that quite as powerfully as his abandoning the cave in which he lived, that makeshift, unforgiving home in which we found him at the series' start. It's not hard to imagine the thoughts that drive a man to live in such a place: unworthiness, doubt, a lack of self-love and acceptance.

He doesn't see himself as deserving of even a home. 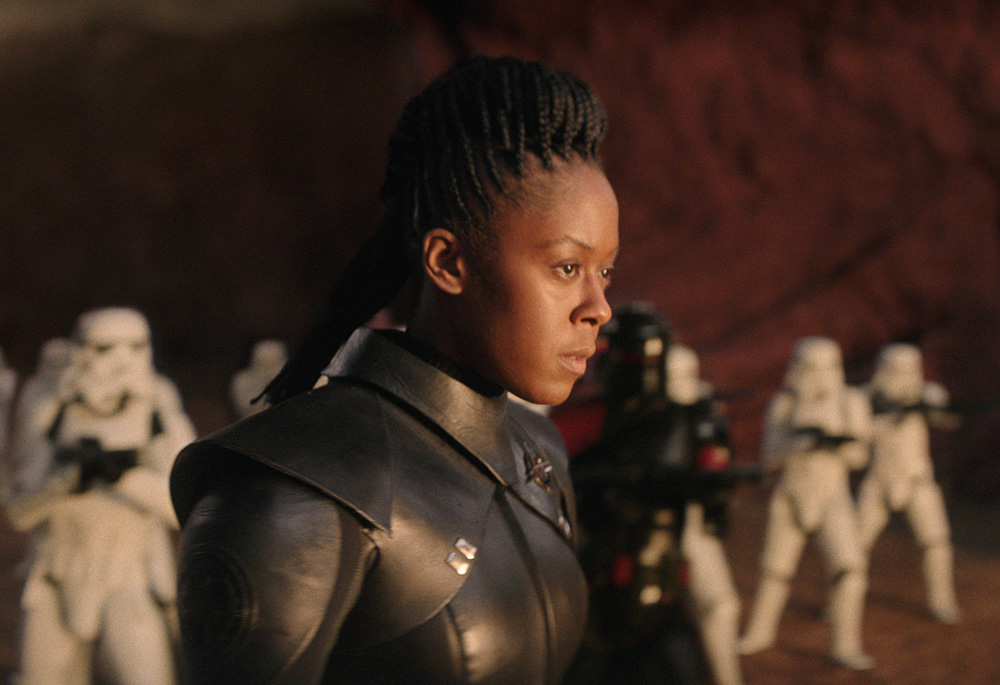 But something changes within him. His past failures remain the same, but he is no longer governed by them. He no longer obsesses over fixing them, atoning for them. Even in that final moment when Darth Vader's life was his to take — the apparent righting of Kenobi's great wrong — Ben walks away.

He is no longer going to simply survive; he is going to live.

Years later, Luke Skywalker — Kenobi's final student and Anakin's only son — would try to turn his father, Darth Vader, back toward the light, insisting there was still good in him.

"Obi-Wan once thought as you do," Vader would say.

Perhaps that's the reason Kenobi left Vader alive. Obi-Wan is no longer trapped by a past that cannot change. Rather, he looks to the future, full of possibilities — redemption, hope, learning — and makes himself available to the needs therein.

After all, it's another Jedi master who would say: "Always in motion is the future." And so long as that motion continues, so long as it's not paralyzed by grief and shame, there is hope for change and growth and life.

Related: What can 'The Book of Boba Fett' teach Catholics about mystery and intimacy?