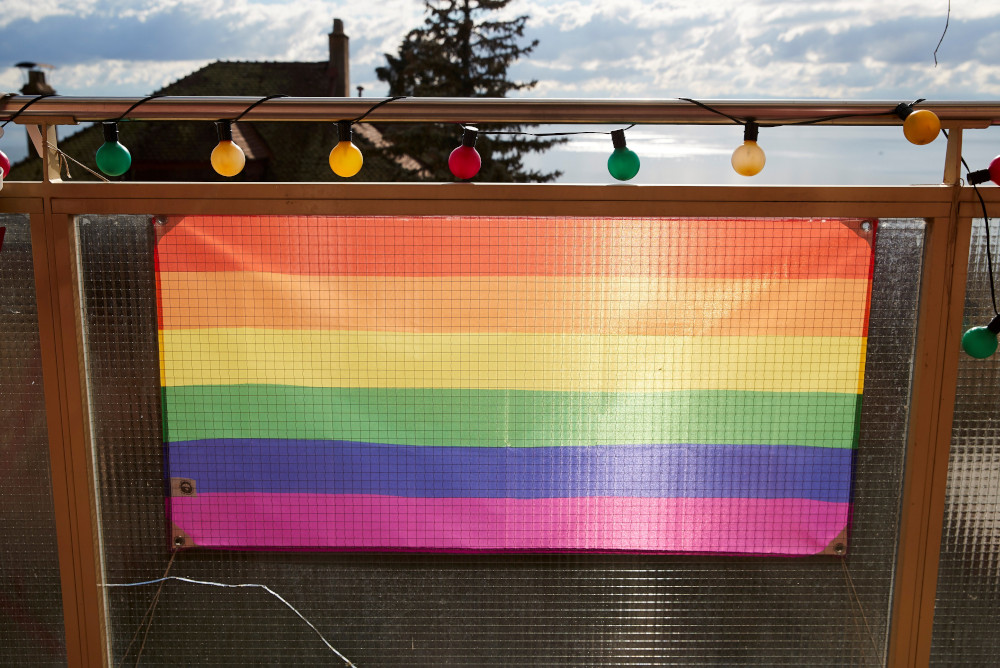 An LGBTQ flag is seen in this illustration photo. (CNS/Reuters/Denis Balibouse)

It's no secret that the young people born in the late 1990s and the first decade of this century are proving to be an activist generation, taking deeply to heart causes such as Black Lives Matter, gender equity, racial justice and environmental justice.

But of the values that they cared about most, a recent report by Springtide Research Institute found, Generation Z believes their faith communities are most falling short when it comes to LBGTQ+ rights. In Springtide's study, The State of Religion & Young People 2021, the largest gap between what respondents felt "I care" about and "faith groups care" about came in regard to LGBTQ+ rights, showing a 27% difference.

Generation Z is coming of age at a time when the majority of Americans support gay rights, about half a decade after the Supreme Court legalized same-sex marriage. At the same time, a growing percentage of the U.S. population identifies as LGBTQ+, including one in six Gen Zers, according to a recent survey. In all 71% of Gen Zers told Springtide they care about LGBTQ+ rights.

The growing support for LGBTQ+ rights has been occurring among people of all faith groups. A 2018 study from PRRI found that solid majorities of all major religious groups in the U.S. support laws protecting LGBTQ+ people from discrimination. In 2021, hundreds of faith groups and their leaders joined half of Americans in supporting the Equality Act, a bill that would ban discrimination against people based on sexual orientation and gender identity.

This message isn't getting through to Gen Z. When asked if they think faith groups care about LGBTQ+ rights, only 44% of them agreed.

Why, despite growing support among Americans across all faiths, do less than half of Gen Zers believe faith groups care about LGBTQ+ rights?

"Many people believe that associating with a faith that is anti-LGBTQ+ makes them just as immoral as homophobic and transphobic religious leaders," shared Faryn, 16, who identifies as Catholic.

'I have no interest in uprooting my beliefs and values for the benefit of someone else feeling that they're saving me.'

"There is a refusal to engage fully," said Matthew Blasio, age 22, who has no religious affiliation but identifies as spiritual. "There is superficial acceptance of LGBTQ+ identities, but the language regarding LGBTQ+ acceptance in churches is often full of qualifiers, still regarding us as an 'other.'"

When pastors do engage, Blasio said, LGBTQ+ Gen Zers often feel the effort is insincere. "Sometimes religious leaders act with forced love, pretending to lower themselves to our level, just to seem like heroes. It's more of a selfish love, riddled with misunderstandings."

These testimonies are not dissimilar from Robyn's own experience as a young person in church, who was told they had an "allergy to myself" for embracing the term queer. Springtide's research shows that religious leaders have a long way to go to create the conditions of acceptance that will make LGBTQ+ people feel welcome.

Given the clear evidence that Gen Z genuinely desires community, it is the more astonishing that churches and other faith groups continue to refuse to make room for differently sexed and differently gendered persons. The more work faith communities can do to create containers that can hold folks' complexities, the better they will be able to present themselves as a true community. 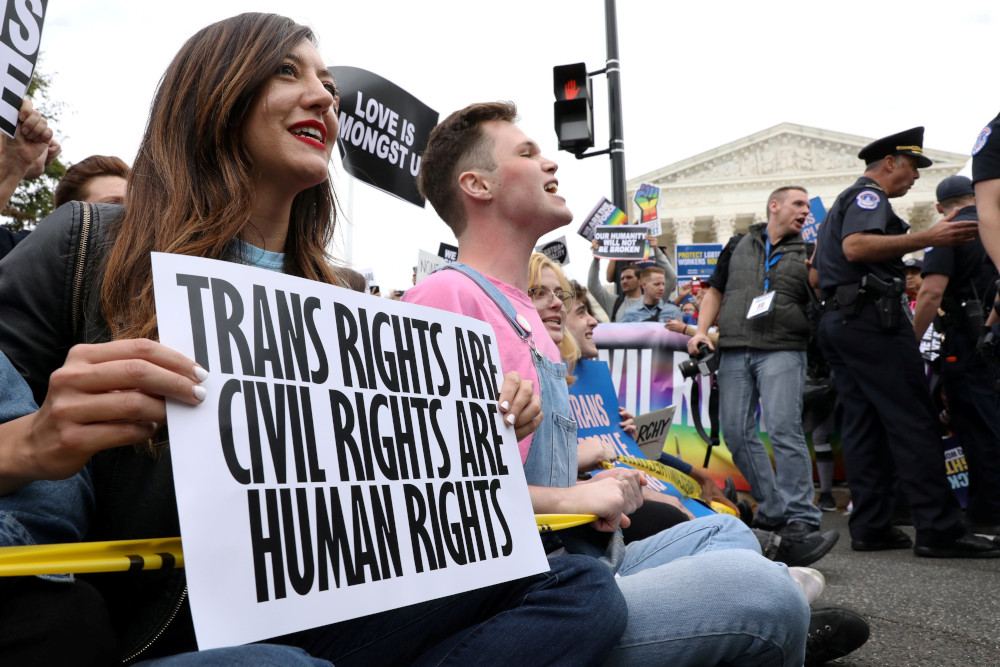 Community is more than gathering; it is more than numbers. Community is about belonging to self and other, a kind of democratized space and place that creates conditions for radical flourishing. Fr. Richard Rohr says, "Everything belongs"; so how do we belong together? We need to begin asking people what they need in order to belong. If we don't create the kinds of relationships that help people articulate what they need and want, faith leaders aren't doing their jobs.

These accepting communities may be outside of traditional houses of worship. Part of Robyn's work with the Activist Theology Project has been to help create the Activist Theology Porch, an app where we are convening people and having conversations. There are all sorts of folks who have joined in an effort to build a democratized space for spiritual belonging and nourishment. People are finding that yes, they can belong somewhere with other folks who are trying to do good in the world.

Offering anything less, Springtide's findings suggest, runs the risk of alienating a large portion of Generation Z, who find a lack of support for LGBTQ+ rights to be immoral and hypocritical.

"I have no interest in uprooting my beliefs and values for the benefit of someone else feeling that they're saving me. If someone is less than, or has less rights, just because of how they were born, yet their god is supposed to love everyone equally, then their god must not be the one for me or my friends," said Blasio.

Indeed, supporting LGBTQ+ rights could be an opportunity for faith groups to earn the trust of Gen Z.

If faith groups can work toward taking concrete action to dismantle the systems that perpetuate the discrimination LGBTQ+ people continue to experience, it could make the difference between a generation that proceeds into adulthood turned off by institutions or a generation willing to pursue relationships within faith communities and allow faith leaders to walk alongside them.

A version of this story appeared in the Jan 21-Feb 3, 2022 print issue under the headline: The activist generation.