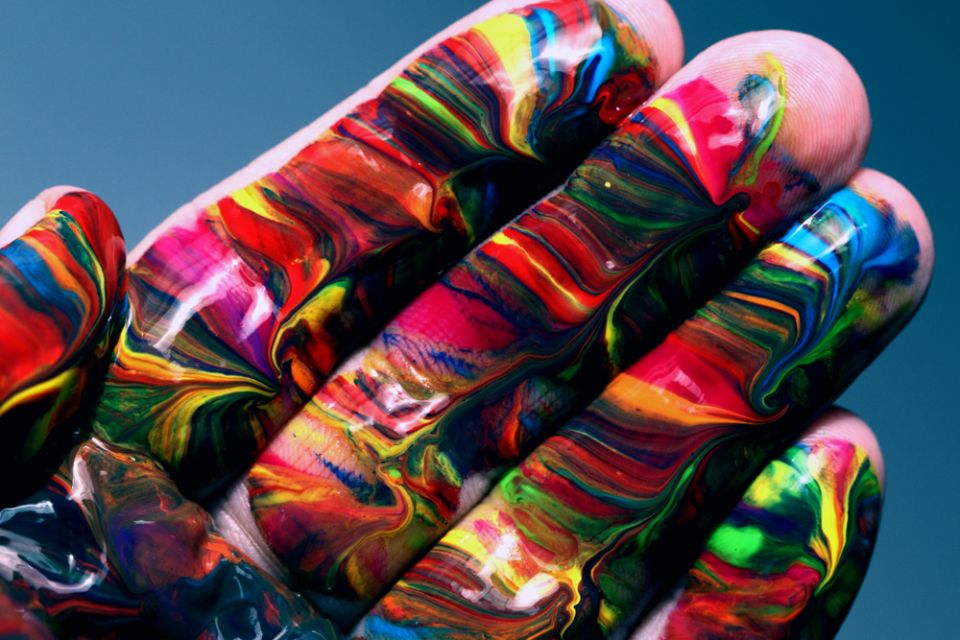 One summer Sunday as our family gathered on the patio with drinks and snacks before dinner, our camaraderie was interrupted by shouts. My 4-year-old nephew was calling the universe to attention: "Look at me! Come look at me!"

He had found a rope tied to rafters in the garage and was swinging wildly over tools and other objects not designed for safe landings. In addition to demonstrating his inherited daredevil nature, he wanted to focus his parents', grandparents', aunts' and uncles' attention on himself. Our storytelling, teasing and singing bored him; he was certain that he was far more interesting than we were. It would be at least 18 years before he could begin to appreciate Sirach's advice, "Conduct your affairs with humility."

In today's Gospel, Jesus' suggestions to his fellow dinner guests apply Sirach's advice to the rather ticklish situation of guests jockeying for position at a banquet. Watching the scene with some amusement, Jesus took it as a teaching moment.

Jesus launched into a comic parable centered on a guy we can call Gershom. Gershom swooshed into a dinner party, sporting first-century designer robes and his beard nicely oiled. Just after ostentatiously plopping himself down in the No. 1 spot at the table, Gershom was dethroned by the host who had reserved the place for a special honoree.

Interpreting his parable, Jesus advised his fellow diners that they should always start at the end of the line. Since the only place to go from there is up, they would never be embarrassed by overstating their public stature. He went on to advise them to avoid grandstanders at their banquets by inviting people who want to be there for the dinner rather than the show.

A celestial alternative to the banquets Jesus and his friends frequented is depicted in the Letter to the Hebrews. Today's selection suggests that when the day comes for us to approach the judgment seat of God, it's not going to be a dreadful courtroom drama but an assembly of people so festive that they teach the angels how to party. The guests at this gathering are the ones who have been made perfect — not by their own efforts, but by the love of God.

Here there is no such thing as rank among the participants because their entrance passes attest to nothing except that they are loved completely for who they are. That equalizes everybody in the room even as it preserves the uniqueness and diversity that make them a reflection of God's creativity.

Sirach counseled his listeners that humility is the key to winning friends. Dale Carnegie expounded on that by telling those who wanted friends and influence that they should be nice, positive and attentive to the other person. Neither of them contradicts what Jesus said. But Jesus goes further.

Neither Sirach nor Carnegie urged his listeners to diversify their lists of potential friends and houseguests. Jesus tells his well-to-do host that he'd have a better party if he invited folks with whom he'd never associated. That guest list would change the entire dynamic of the gathering. When we gather with "our kind of people," we follow unspoken rules of engagement that reinforce our way of seeing and doing things. We converse with one another in a cultural monotone. Such gatherings help us feel comfortable and satisfied. That's a natural element of culture, but it has the inherent weakness of limiting our vision and supporting us in building up our own kingdoms on earth. When the gathering is more diverse, everyone has to go beyond their natural presuppositions.

In Scripture, a banquet usually symbolizes the reign of God, a gathering like the one described in Isaiah 55 in which all are nourished sumptuously, where everyone has a place and nobody has to pick up the bill. At God's banquet table, money, status, gender, nationality and culture have nothing to do with distinguishing rank or importance. Our differences contrast with one another like mosaic pieces creating a complex and beautiful design.

The guest list that Jesus proposes dismantles the walls of protection provided by "dining with our own kind." When the guests represent the population Jesus suggests, the music of the feast is transformed from chant to polyphony. When we abandon our "look at me" behavior and discover the delights of our differences, humility will become a natural attitude, and we'll find ourselves not only comfortable with diversity, but also delighting in it. Nobody will feel a need to say, "Look at me," because everyone will be watching one another with admiration and wonder. That's true humility.

This story appeared in the Aug 23-Sept 5, 2019 print issue under the headline: True humility .