Notre Dame, long a symbol of Catholicism in Europe, becomes a picture of its collapse 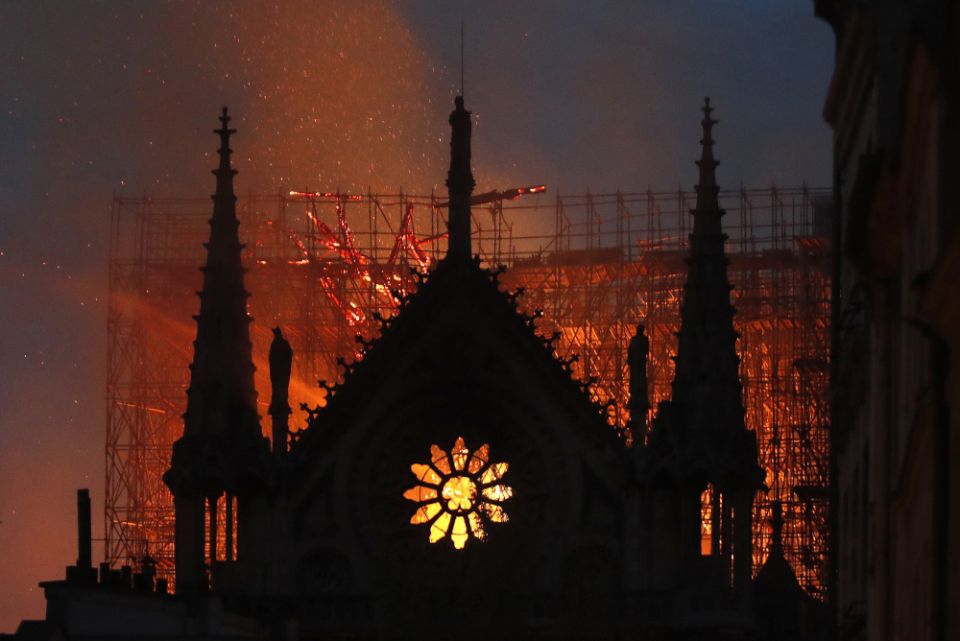 Flames and smoke rise from Notre Dame Cathedral as it burns in Paris on April 15, 2019. (AP/Thibault Camus)

As fire devastates the Cathedral of Notre Dame in Paris, the building is as much a symbol of the recent history of the Catholic Church in Europe as it once was a symbol of the church's power and cultural supremacy. The church had been in disrepair for decades. Calls for its restoration went mostly ignored until too late. Now that it is in ashes, people weep for its loss.

In recent decades, Notre Dame was more a tourist destination than a place of pilgrimage or a seat of Catholic potency. More people could tell you the story of its fictitious bell-ringing hunchback than of any one of its bishops. Inside, more selfies took place than prayers, and there were more art connoisseurs among its enthusiasts than worshipers.

This spiritual emptiness didn't come overnight. The church in Europe has been the target of secularists and anticlericals for centuries — since long before the secularizing revolution that happened on its doorstep. Much of the criticism was richly deserved. The church's hierarchy sided with the nobility against the forces of modernization in the 18th and 19th centuries. It opposed free press, free speech, and religious liberty.

By opposing political freedoms and unions in the 19th century, the church lost European men. In its opposition to feminism, it lost women at the end of the 20th century.

Only in the Eastern bloc countries, like Poland, where the church stood with the people against Communist oppression, did it flourish, but once freedom came, the Polish church, too, lost the people because of its clerical arrogance in trying to dictate public policy.

Those who engineered and cheered the destruction of clerical power and the influence of the church had little to put in its place. Libertarian capitalism exploited workers and consumers and destroyed the environment. The power of the media was used to create celebrities, sensationalize news and sell commodities. Democracy has given way to narrow-minded nationalism.

Pope Francis is a lone voice in Europe for the common good, respect for the stranger and values more important than the almighty dollar, but there is no institutional strength supporting his message. The church is a shell of what it once was.

Yes, let us weep for Notre Dame, but we have lost more than a building.

Column | Notre Dame, long a symbol of Catholicism in Europe, becomes a picture of its collapse