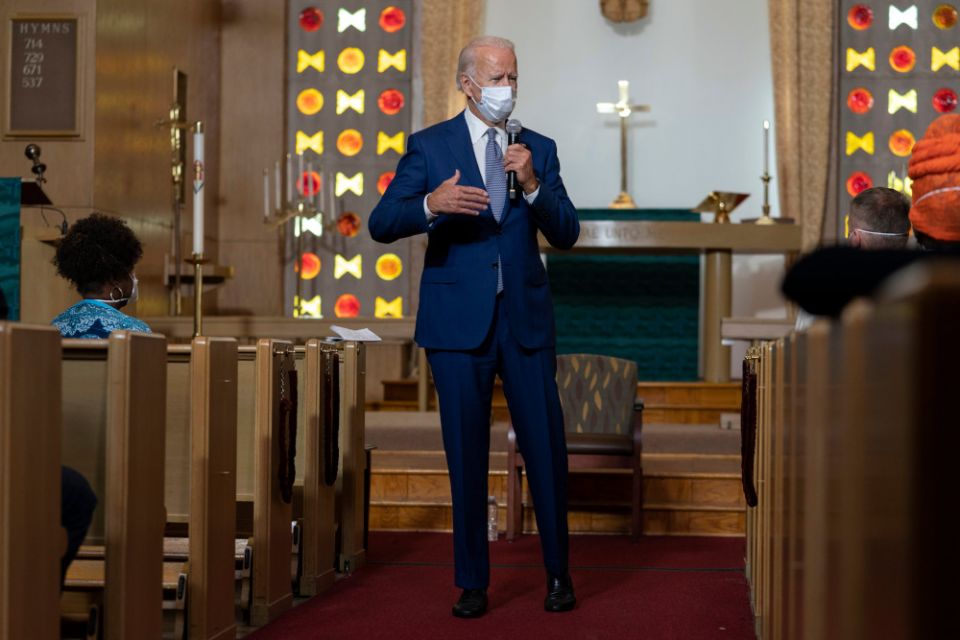 When New York Gov. Al Smith, the first Catholic to be nominated by a major American party, and John F. Kennedy, the first Catholic president, ran in 1928 and 1960, respectively, many Americans feared that, if elected, the two would pursue a hidden Catholic agenda. These days, few fear the influence of the pope on a Biden administration. Indeed, in this time of division, pandemic, racism and global warming, we could do worse than implementing a truly Catholic agenda.

Here are six Catholic principles that our country could benefit from right now.

Our country is divided, Republicans from Democrats, conservatives from liberals and whites from Blacks. In such a divided nation, we need reconciliation — the feeling of forgiveness, and that we are right with each other. Reconciliation is so important to Catholics that it is a sacrament, the one formerly referred to as Confession.

What this looks like in practice is the affirmation of the election by Los Angeles Archbishop José H. Gomez, president of the U.S. Conference of Catholic Bishops, who set aside the bishops’ differences with the president-elect and called for national unity on Saturday (Nov. 7), when the networks projected Biden as the winner.

“The American people have spoken in this election,” he said, without waiting for the president to concede. “Now is the time for our leaders to come together in a spirit of national unity and to commit themselves to dialogue and compromise for the common good.”

The Republicans don't seem to be quite there yet, as few have come forward to congratulate Biden on his win. It will be seen whether the fact of Biden's presence in the White House will convince them to invest in bipartisanship over divisiveness.

Reconciliation means finding common ground, not ceding territory. Even as the Democrats should reach out in reconciliation, they should also do everything they can to win two more Senate seats in Georgia. The can also reverse the executive orders of President Trump and restore earlier regulations that were gutted by the administration.

This will have to be done carefully since a Republican judiciary will be waiting to strike down regulations that did not go through the proper procedural hurdles.

In imitation of Jesus, the Catholic community has always felt an obligation to care for the sick. The first hospitals were in monasteries and convents where the sick came for care. Today, with greater scientific understanding, there is much more we can do to heal the sick and to prevent disease.

At the top of Biden’s agenda is dealing with the COVID-19 pandemic. Having a president who respects science and supports efforts to reduce infections will help, but it will not be easy to convince Trump supporters that he is really trying to save their lives.

Chances of expanding healthcare in any significant way are slim, but that does not mean that the administration cannot join with Republicans in implementing reforms that reduce the cost of healthcare. It will be easier to expand healthcare in the future if we reduce its costs now.

Supporting multilateralism has been a central focus of Catholic teaching and Vatican foreign policy for more than a century. The Trump administration’s “go it alone” policy has alienated friends and hurt our nation. Biden needs to turn this around as quickly as possible.

We must return to the Paris Climate Agreement, settle our trade wars and unite our allies in the face of Chinese and Russian threats. America must once again stand for human rights.

Because he has so many domestic problems to deal with, Biden needs a strong secretary of state, like former President Barack Obama, who will immediately have international respect and credibility.

Time is running out before global warming brings apocalyptic disaster on the world. This has been a top concern of Pope Francis, beginning with his 2015 encyclical Laudato Si’. Rejoining the Paris climate accord will help, but the Green New Deal as currently drafted will get nowhere in the Republican Senate.

The only way to get environmental legislation through the Senate is to package it so that lots of money goes to rural states. Greenbacks can beget green policies. While purists may object to such logrolling, it is as American as apple pie.

Scientists are discovering ways to reduce agriculture’s contribution to global warming. They have also found ways that agriculture can take carbon out of the air and permanently lock it away. The government needs to pay farmers to adopt these practices. If farmers like the programs, Republican senators will not be able to be obstructionist.

Meanwhile, the new administration must do everything it can through government regulations and executive orders to fight global warming and environmental degradation.

The Catholic Church, a global institution, is the ultimate big tent. It includes people from every race, nation and culture. That has not stopped it from being racist, but the Church sees racism inside or outside the church as a sin.

In the U.S., more needs to be done in fighting racism in immigration, law enforcement, housing and employment. A lot can be done by the Justice Department and other federal agencies even if the Republican Senate stands in the way of new legislation. Bad executive orders and regulations need to be reversed. Laws need to be enforced. Domestic terrorism from white supremacists must be fought.

The Catholic Church has come to be defined by its opposition to abortion, while Biden was elected despite the efforts of pro-life groups. But Biden has an opportunity to look for common ground even here. He should appoint a presidential commission to come up with ways to reduce the number of abortions without touching the legal question.

The commission should contain pro-life Republicans and Democrats, including those who were defeated for reelection to Congress. Their mandate would be to come up with programs that can reduce abortions, a goal they should all support. This may include programs like parental leave, childcare, adoption and healthcare for mothers and children. If the commission can reach consensus, then it can help sell the programs to Congress.

Americans used to fear Catholics the way they currently fear Muslims, but I think this is a Catholic agenda that most Americans could get behind. We need reconciliation, healing, international cooperation, an end to global warming and racism and fewer abortions. Despite the likelihood of congressional gridlock, President Biden can do much to move forward this agenda. It would be very Catholic.