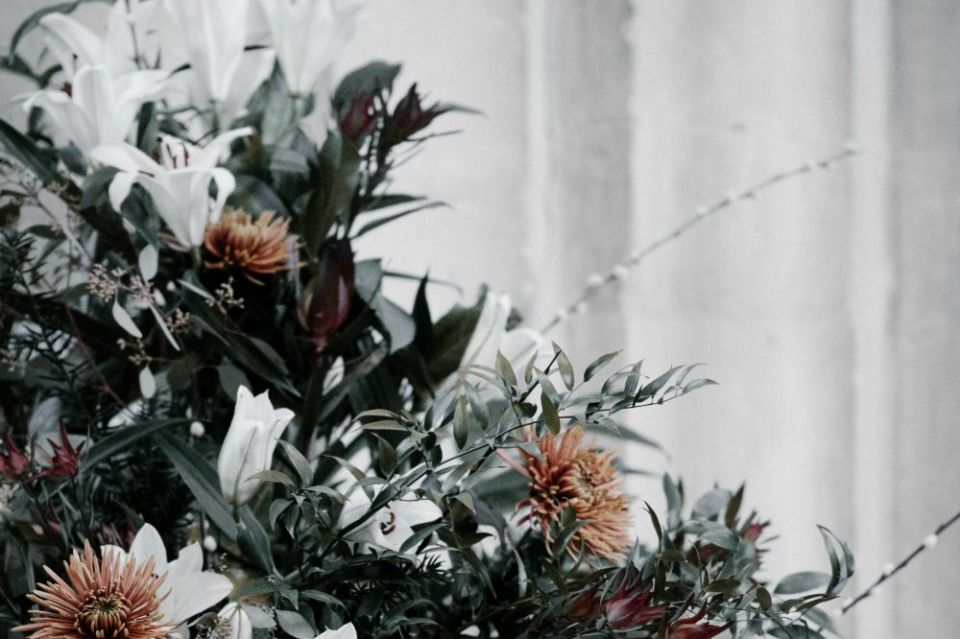 I attended a Mass of Christian Burial for a 99-year-old Catholic friend a few weeks ago. The next day I attended a Presbyterian funeral service for a 101-year-old friend.

Your conclusion may be that I know lots of really old people. But my conclusion was that although Catholic and Protestant funerals have some essential similarities, their differences are many and those differences minister to people in ways that mostly make sense for each tradition.

That said, I have long believed that Catholics do funerals really well. Partly that's because they are deeply grounded theologically. Their thoughtful organization ties lives up in a way that gives them profound meaning from baptism to and beyond death.

When the casket at Catholic funerals begins at the baptismal fount, it's an important reminder that the person it contains died to self in baptism and now is gathered into the life of the resurrected Christ. That's a theological symmetry that's sometimes lacking in Protestant services.

By contrast, many Protestant services are more personal, piling up life stories that Catholics generally restrict to the visitation, the vigil service or a post-burial gathering. Thus, those Protestant services are, well, more fun, more entertaining, more representative of the life of the person who has died.

But Protestant services sometimes wander about in theological confusion, failing to retell the Gospel story and how it's connected to the deceased.

Thomas G. Long, author of Accompany Them with Singing: The Christian Funeral, got it right when he described how churches (he means mostly Protestant) have lost control of the traditional funeral and turned it into a theologically weak, disembodied memorial service, often held in funeral homes that have nothing to do with the life of the deceased.

Many of the rituals, patterns and practices, Long writes, "have been systematically dismantled. Ironically, it happened mostly in the name of good theological intentions and tender pastoral care. Christian pastors have desired to make funerals more personal, more expressive of the desires and lifestyles of the deceased and mourning families, but have ended up allowing them to become more individualistic and even narcissistic. Pastors have tried to make funerals more pastorally sensitive, more comforting to the grief-stricken, but have allowed them to become controlled by psychological rather than theological categories and, therefore, shallower in meaning."

True, but some of this can be weirdly fun. I once attended a Protestant funeral that, after the retelling of ribald stories by friends invited to offer their memories, ended with a rousing rendition of "Take Me Out to the Ballgame." In another Protestant case, the final "Amen" was the trigger for the playing of calliope music from the circus with actual firecrackers set off in the sanctuary.

In the recent funeral for my Catholic friend, by contrast, her daughter briefly read a poem that meant something to her mother. And the priest, in his homily, took the responsibility of summing up Florence's life, with which he was quite familiar because she had been such an important member of the parish for so long.

But the Mass followed its written structure. And, after the burial, the family returned to the church for a luncheon at which there was time for friends to tell Florence stories. It was a nice balance and didn't degenerate into the occasional parties that some Protestant funerals become.

"The purpose of a Christian funeral," Long writes, "is to enact the human obligation to care for the dead in such a way that we retell the story of baptism, and if we look hard, we can still see the contours of this understanding of the funeral shining out beneath the confusion of what funerals have become."

The best Protestant services follow Long's definition, as did the service for my 101-year-old friend and, just before that, of a dear 58-year-old friend whom brain cancer had killed. But I think Catholic funerals get it right more consistently.

[Bill Tammeus, a Presbyterian elder and former award-winning Faith columnist for The Kansas City Star, writes the daily "Faith Matters" blog for The Star's website and a column for The Presbyterian Outlook. His latest book is The Value of Doubt: Why Unanswered Questions, Not Unquestioned Answers, Build Faith. Email him at wtammeus@gmail.com.]

Related: Nothing focuses the mind more intensely than death

Your thoughts on women priests