Take our democracy back from military 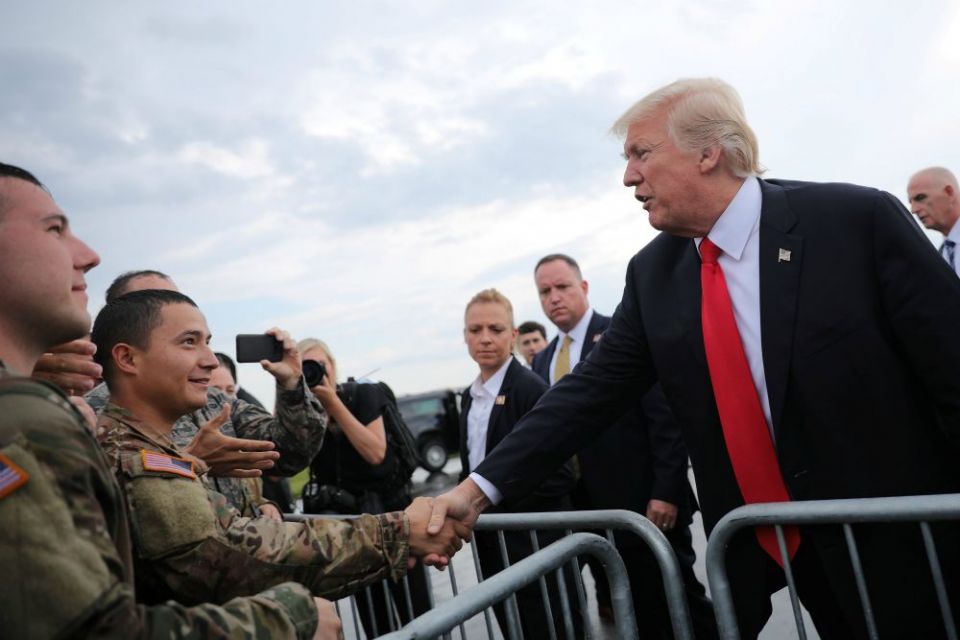 Endless war. We're living or re-living George Orwell's 1984. Now President Donald Trump wants to send more American troops to Afghanistan. He won't say how many, but whatever the number is it still means a continuation of a lost war that he and the generals somehow kid themselves can be won. It can't be won. It was never winnable. What was supposed to be a payback for the Taliban harboring Bin Ladin after 9/11 quickly turned to a war of occupation.

The lessons of Vietnam were forgotten. The lessons of the disastrous Soviet occupation of Afghanistan were forgotten. So what? Americans can win this war, and Vietnam was just an aberration. America does not lose wars; it wins wars. All this would be almost ludicrous if it were not for the victims of these wars. And the same thing could be said about Iraq and now Syria. These will also become endless wars not to mention the war against terrorism.

The people are the ones who suffer, not the generals and certainly not Trump, who avoided military service during Vietnam. The innocent people will suffer, die, and lose body parts for what the generals call "collateral damage." Our sons and now daughters in the U.S. military will suffer, die, and come home without limbs to a painful future. These are the victims of America's now endless wars. President Lyndon B. Johnson used to say about the debacle of the Vietnam War that there was "light at the end of the tunnel," meaning "just give me more troops and we can win the war."

But there was no light then, and there is no light now. The generals want their war — how else can they prove themselves and justify themselves and continue to request immense budgets, billions and billions of dollars? President Dwight D. Eisenhower warned about the military-industrial complex, but I think we now only have a military complex. Why else is General John Kelly now in the White House as chief of staff? Is it to reign in Trump (which is impossible) or to insure that the generals get their wars and their military budgets? A military general heads up the Defense Department and the National Security Council. Who is in charge? Civilians or the generals?

It is not just Trumpism that good and honest Americans need to overcome but the militarism that pervades the halls of government. These endless wars must end. They are doing no good for the people whom supposedly we are trying to protect, and they are harming our people and our society. War has never and will never be the answer to societal problems. Only human goodness and human justice will achieve peace. Trump is not just the problem: He is a reflection of the problem. That problem is that American democracy has been stolen, not only by the generals but by those who profit from the generals' wars. Americans need to take back our democracy.

Opinion | Take our democracy back from military