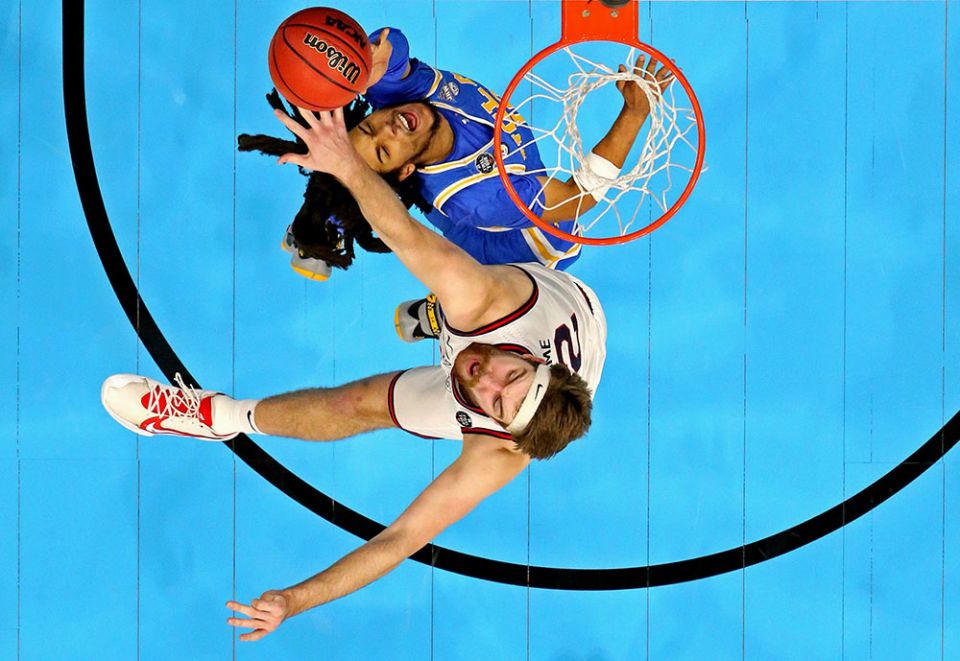 UCLA Bruins guard Tyger Campbell shoots the ball against Gonzaga Bulldogs forward Drew Timme during the second half in the national semifinals of the Final Four of the 2021 NCAA Tournament at Lucas Oil Stadium in Indianapolis April 3, 2021. (CNS/USA TODAY Sports via Reuters/Robert Deutsch)

In American sports, March offers a favorite event: March Madness, which can be a welcome distraction at various times of violent unrest and international tragedies, such as the unjust invasion of Ukraine by Russian President Vladimir Putin. Yet sports can also be the very site of its own kind of immorality.

For every pregame prayer led by Loyola Chicago's Sister Jean, there are dozens of star basketball players who rake in untold amounts of money for their universities and conferences, not to mention the literally millions of people (estimated 50 million this year) who will place bets on the games. And yet, the athletes who compete — whose labor generates the millions of dollars to be pocketed by corporate sponsors, academic institutions and athletic organizations — will not be sufficiently remunerated for their efforts.

In his magisterial study University Ethics, Jesuit Fr. Jim Keenan notes that the three main categories of alienation in the university community are along the lines of class, race and athletics. In fact, these three areas often overlap in the most successful student athletes we have seen throughout the tournament.

The financial windfall to a university from having a star student athlete play for either a football or men's basketball program is almost incalculable. Right away, the financial benefits are obvious. CBS Sports and Turner Sports pay the NCAA $850 million per year for the rights to broadcast the NCAA men's basketball tournament over a period of three weeks each March and April. That number will jump to $1.1 billion in 2025. 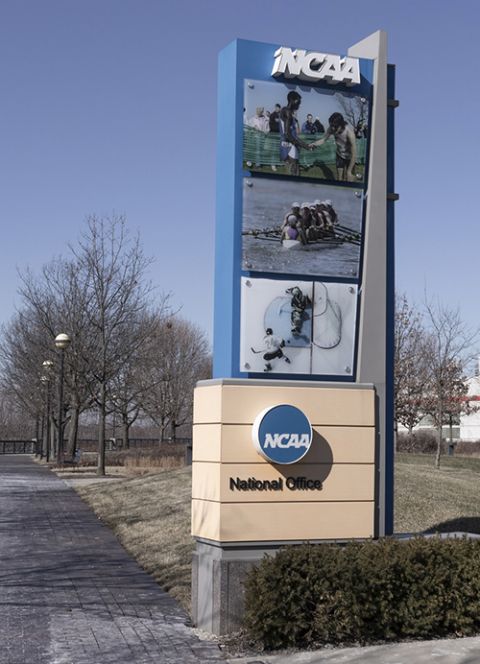 The national headquarters of the NCAA, or National Collegiate Athletic Association, in Indianapolis (Dreamstime/Jonathan Weiss)

Each school that appears in the tournament receives a "unit" for every game they play in that year's event. These units are worth more than $337,000. This money is then pooled together and given back to the individual conferences, who are then encouraged, though not obliged, to split up the money evenly.

For smaller conferences, then, these units turn out to have outsized importance, sometimes accounting for up to 70% of their annual operating budget.

And exactly zero of those dollars go to the individual athletes whose talents keep ticketholders in line and home viewers tuned to the tournament.

The most important development to take place in recent years on the issue of financial remuneration for college athletes is the June 21, 2021, opinion of the U.S. Supreme Court in NCAA v. Alston. In his concurring opinion to the unanimous verdict in favor of the athletes who sought compensation from the NCAA, Justice Brett Kavanaugh concluded that the annual NCAA traditions "cannot justify the NCAA's decision to build a massive money-raising enterprise on the backs of student athletes who are not fairly compensated. Nowhere else in America can businesses get away with agreeing not to pay their workers a fair market rate on the theory that their product is defined by not paying their workers a fair market rate. ... The NCAA is not above the law."

The ruling, though, only benefits college athletes invited to sign endorsement deals, thereby making money off of their own name, image and likeness. Even though these agreements often ramp up in the days surrounding the tournaments, they will still only apply to the biggest stars. The vast majority of student athletes will not benefit from this ruling, either because they play a sport not frequently seen on television, or because they play in a smaller school or conference.

What does Catholic ethics have to offer in response to the unjust way in which their colleges and universities fail to remunerate their student athletes? I offer three principles that ought to be combined with the most obvious first step: paying student athletes. This practice, while it should be a prerequisite of any ethical relationship between a student athlete and the university, is not a panacea, but rather a step toward a more integrated vision of athletic freedom.

The poverty of student athletes is especially poignant and sinful when compared to the wealth of those coaching their teams.

First, Catholic ethics says we should resist the commodification of bodies. In Jesuit Fr. John Kavanaugh's Following Christ in a Consumer Society, he contrasts the values of the Commodity Form with those of the Personal Form. One of the most striking critiques Kavanaugh makes regards the commodification of bodies in our society today. The lens through which he examines this phenomenon is sexuality, but the parallels with college athletics are too obvious to ignore.

Kavanaugh notes "three particular aspects of advanced industrial and capitalistic sexuality which are worthy of special mention. It is strikingly voyeuristic; it has a highly developed technological rendition of sexual relations; and it is marked by a severing of human sexuality from the totality of the human person, and a fortiori from personal commitment."

Kavanaugh describes the act of voyeurism, which resonates with the "madness" tournament fans feel even when they have no specific relationship with individual players: "It demands no personal involvement, no commitment, no recognition of the personhood of the sexual object."

What must be built up in athletics in Catholic colleges and universities is the "power of relationship."

At my own institution, Marywood University in Scranton, Pennsylvania, one of our campus ministers, Immaculate Heart of Mary Sr. John Michele Southwick, has modeled the Personal Form with the student athletes in an exemplary way. She instituted a program for a day of reflection for all the student athletes on campus, offering breakout groups on various questions for self-evaluation. She encouraged the participants to examine their strengths and weaknesses, and to understand their choices as autonomous agents of their own lives, and to share their reflections with their colleagues and teammates.

She posed a series of questions about their time in college, on and off the court or field, and then asked them to think about what their life would be like after graduation. What were their goals? How could they best go about achieving them?

Such an exercise was straightforward and profound. Southwick addressed these student athletes as human beings, as young people striving for multiple goals while living varied, complex lives, not simply as athletes working for a higher score, a longer run, a faster time. This sort of care invites the common good to flourish among them both now and in the future.

The second Catholic ethical principle that applies to this issue is the preferential option for the poor. Part of caring for the whole person is ensuring that those who are materially poor are especially cared for. Even after taking into account the value of the "full ride" scholarships for student athletes in the "moneymaker" sports — football and men's basketball, especially — most athletes still fall below the poverty line. 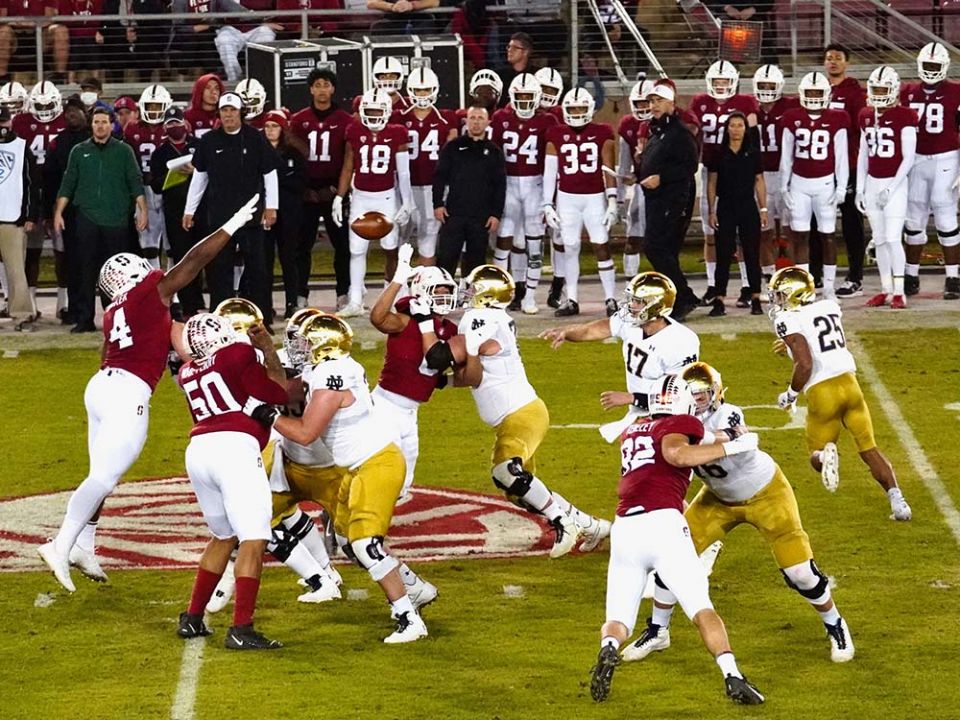 The poverty of student athletes is especially poignant and sinful when compared to the wealth of those coaching their teams, who are among the highest paid employees at their universities. As with adjunct professors who often do not make a living wage and don't have benefits, student athletes are treated as objects. Scholarships don't count as sufficient remuneration because they are nontransferable; a student athlete cannot pay their parents' rent or other bills with those funds, for example.

So, the Catholic institution, vis-à-vis student athletes, has a simple choice: either it acknowledges that student athletes function as employees who earn huge sums of money for the university — and then pays them accordingly — or it continues to exploit the labor of student athletes and refuse them a just remuneration, continuing a practice that directly contradicts the church's social teaching.

Finally, college athletics also has a racial justice component. As Keenan reminds us, "That universities did not admit African Americans to their student body until rather recently is part of the often unacknowledged history of the American academy, but now through the work of administrators working with historians, we are learning how well major American universities profited by the slave trade. The American university houses the ghosts of slavery."

When millions of Americans turn on the television to follow the NCAA men's basketball tournament, perhaps the last thing on their minds is chattel slavery. The young men playing in these games seem to be enjoying themselves; they link arms with their teammates, hug their coaches and execute the plays to perfection. And yet, financial exploitation is on dramatic, public display. 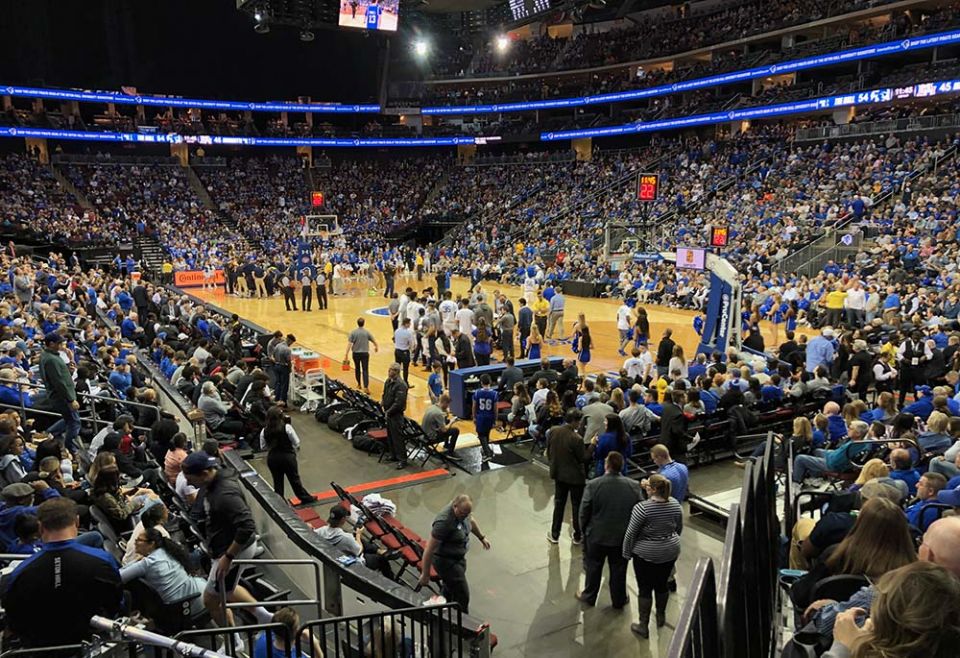 A media timeout during a Big East match-up between Seton Hall University and Marquette University in January 2020. (Wikimedia Commons/DeFazioNJ)

Shaun Harper's research on the Power Five conferences is instructive. "Black men were 2.4% of undergraduate students enrolled at the 65 universities but comprised 55% of football teams and 56% of men's basketball teams on those campuses." Harper also notes that the audience for these games, both in person and on television, is overwhelmingly white.

Clearly, there is an important connection between race and class not just in society at large but within the university, and also within their athletic departments. Catholic higher education leaders ought to be on the front lines advocating for fair financial remuneration for their athletes. Failing to do so will only add another chapter in the shameful history of racism in the Catholic church.

As Pope Francis has reminded us, everything is connected. Once the best college basketball players begin earning a salary, these young people will be treated more and more as subjects, and we the viewers can be more than consumers. Until that day comes, we should be cheering for more than our alma maters to succeed in March Madness; we should also long for the end of this uncompensated labor. 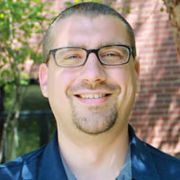 Dan Cosacchi is assistant professor of religious studies and director of the justice and peace studies program at Marywood University in Scranton, Pennsylvania. He is on Twitter @dcosacchi.

In life and sports, aim to win, have fun, don't hog the ball, pope says