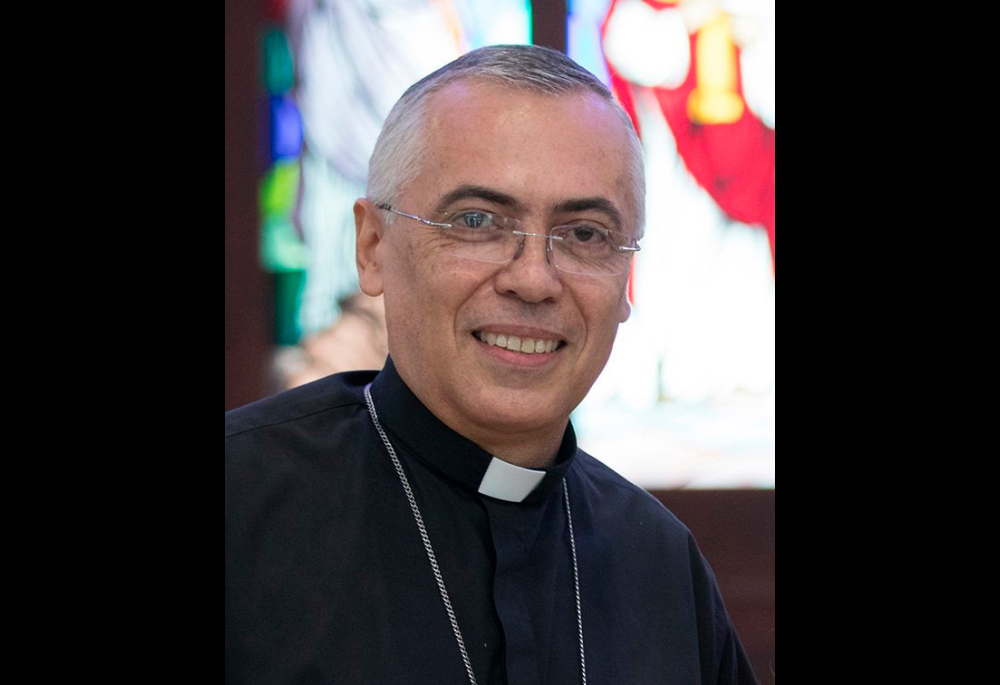 Sollevamento? Normally it will say "Rinunce" or resignation. The English bulletins take a few days to post, so I did a quick Google translate. "To lift" came the translation. Bishop Daniel Fernández Torres of Arecibo was being relieved of command but had not resigned. This was curious.

The bishop posted a statement on his Facebook page that soon made it into an Associated Press story. Fernández pronounced himself "blessed to suffer persecution and slander." He wrote that the Vatican had not accused him of any crime, but he was removed because the Vatican said he "had not been obedient to the Pope nor had he had sufficient communion with my brother bishops of Puerto Rico." He denied these allegations.

The Puerto Rican bishops' conference published a short statement later in the day, calling this "such a painful moment" and uniting themselves in prayer with both Bishop Fernández "in this difficult moment in his life and mission as a bishop" and with the "beloved and dear diocese of Arecibo."

There had been difficulties between Fernández and his brother bishops for some time. "This did not happen overnight. Inquiries had been going on for years," a source told NCR. "It seems though that what finally caused the Vatican to act was the fact that Bishop Fernández was issuing certificates to individuals that they had a valid religion exemption from getting the vaccine."

Last year, Fernández refused to sign a statement about vaccines issued by the Puerto Rican bishops' conference. He issued his own statement insisting "it is legitimate for a faithful Catholic to have doubts about the safety and efficacy of a vaccine." So it is. It is also nutty and, as I pointed out on Monday (March 7), conscientious objection to getting vaccinated is not the issue. Demanding to be included in communal activities without taking reasonable precautions is the issue.

Fernández's stance on vaccines is similar to that taken by the Vatican diplomat who oversaw his becoming a bishop, Archbishop Timothy Broglio, now the archbishop of the U.S. Archdiocese for the Military Services, but who was the apostolic delegate to Puerto Rico in 2007 when Fernández was named a bishop. Broglio, too, issued a statement, last October, acknowledging that Catholics can, in good conscience, refuse to get the COVID-19 vaccine, which is true, but then insisting there should be no consequence for such a refusal, which is ridiculous.

Fernández was also involved in the 2012 effort to force San Juan Archbishop Roberto Gonzalez Nieves to resign, according to Gonzalez's letter to the Vatican at the time. The pro-statehood governor at the time, Luis Fortuno, and the Vatican ambassador who succeeded Archbishop Broglio as apostolic delegate, Archbishop Josef Wesolowski, also joined in the effort. Among other charges, they accused Gonzalez of covering up for pedophile priests. Those charges were proven false, Gonzalez was confirmed in his office by Pope Francis and Wesolowski was removed as ambassador. The Polish prelate was subsequently convicted of sexually abusing minors in a Vatican trial and defrocked. The evidence showed he had traded life-saving medicine to male prostitutes in exchange for sex acts. Wesolowski appealed the decision but died before the appeal was heard. 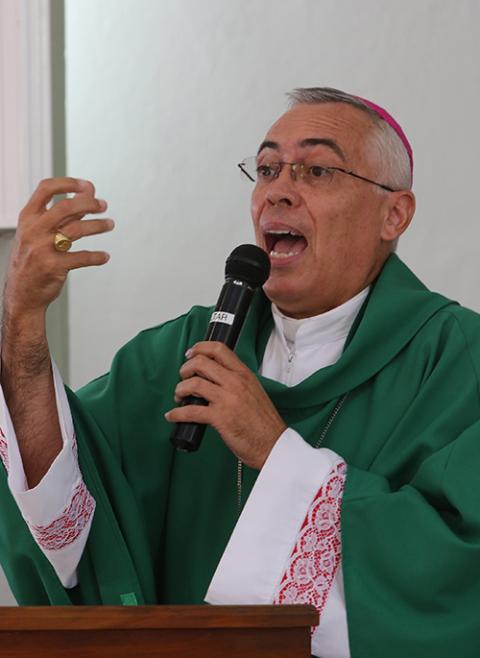 It is not clear what Fernández will do now. Any hope of reclaiming his see went out the window with his impertinent statement accusing the pope of being unjust. His anti-vaccine stance and his self-pitying statement make him a likely candidate for lionization in certain conservative Catholic precincts. I wouldn't be surprised if he showed up in an interview at Church Militant, or at a meeting of the Napa Institute, or for a visit with Bishop Joseph Strickland of Tyler, Texas. I hope the U.S. bishops who have resisted the idea of removing Strickland, for fear of making him a martyr, take note of what Rome did in Arecibo and watch how it plays out.

Fernández could become the most prominent Latino ally of disgraced former nuncio Archbishop Carlo Maria Viganò, who released a paranoid letter this week blaming the West, and specifically NATO expansion, for the war in Ukraine. He repeated Vladimir Putin's lies about the Ukrainian government being filled with neo-Nazis. Viganò also linked the war to public health efforts to combat the COVID virus. Viganò is unhinged, an ecclesiastical version of Joe McCarthy and J. Edgar Hoover rolled into one, hateful, paranoid, reckless, destructive.

It is so rare for the Vatican to remove a bishop against his will that I am sure there is more to this story than we yet know. But what we do know is that Bishop Fernández is not the only bishop to have allowed the mindset of the culture wars to eat away at their capacity for affective collegiality with the Bishop of Rome and with their brother bishops. There is something about Pope Francis that so unnerves a kind of Catholic zealot that they experience a kind of meltdown, not merely disagreeing with Rome, but hating the pope and sowing division in their dioceses and beyond.

In Arecibo, Rome finally pulled the plug. It will be interesting to see if Fernández gains strength as a kind of martyr, or if he disappears from the limelight. And now, the Vatican must look for an irenic pastor to shepherd the church in Arecibo and begin healing the wounds occasioned by the stormy tenure of Bishop Daniel Fernández Torres.