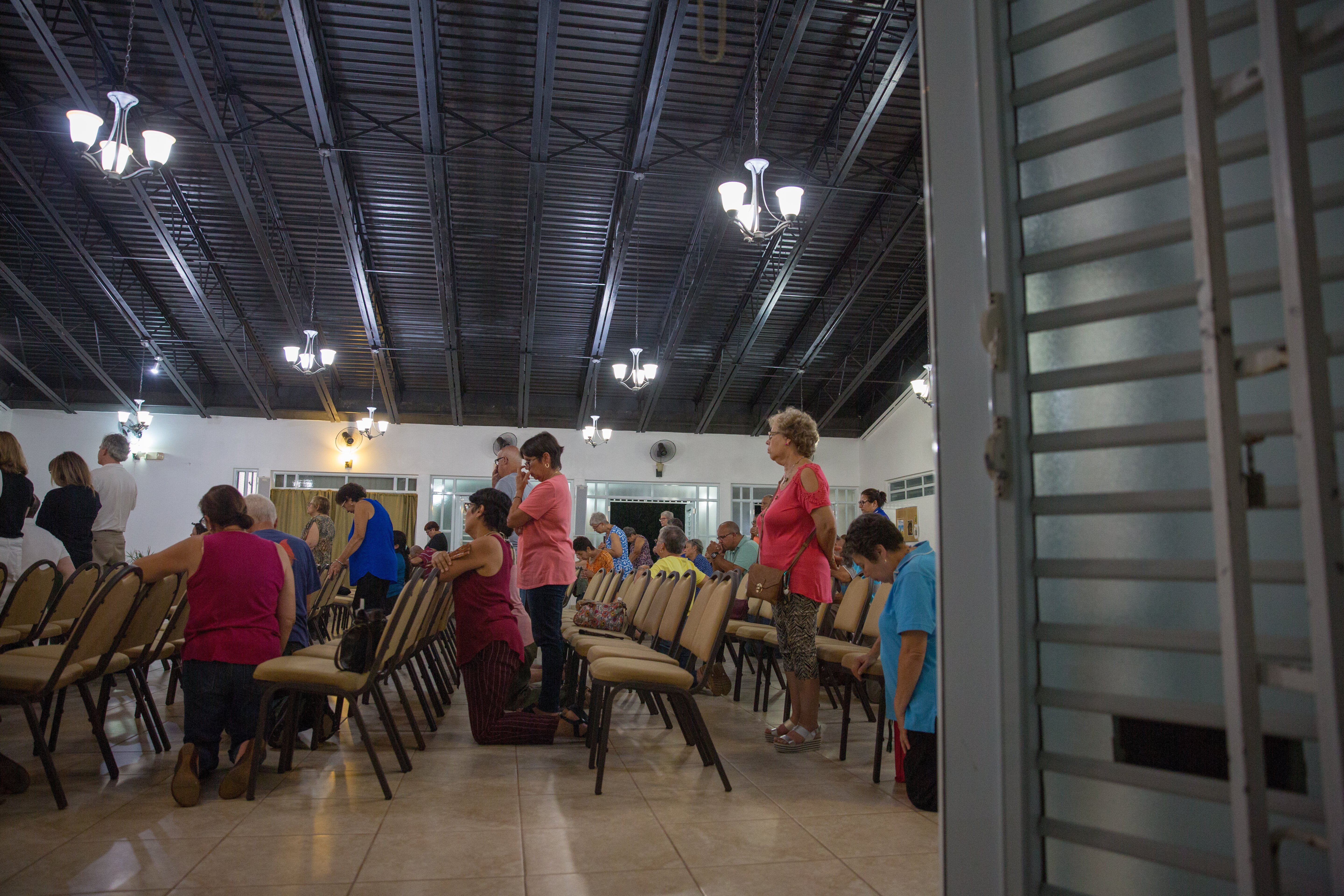 In the Diocese of Arecibo, Puerto Rico, parishioners celebrate Mass at Our Lady of Fatima May 13, 2019. (CNS photo/Rich Kalonick, Catholic Extension)

VATICAN CITY — Pope Francis has "relieved" Bishop Daniel Fernández Torres of Arecibo, Puerto Rico, of the pastoral care of the diocese, the Vatican announced without providing an explanation.

The Vatican's brief announcement March 9 added only that the pope had asked 79-year-old Bishop Álvaro Corrada del Río, retired head of the neighboring Diocese of Mayagüez, to serve as apostolic administrator.

Bishop Fernández, in a statement posted on the diocesan website, said, "I feel blessed to suffer persecution and slander for proclaiming the truth."

The bishop also said he had been asked to resign but refused to do so.

Bishop Fernández has long defended the traditional family and, publicly distancing himself from the position of the president of the Puerto Rican bishops' conference, opposed a bill that would have banned "conversion therapy" for homosexuals. But he has been best known recently for his support of people who conscientiously objected to the COVID-19 vaccine, although the Puerto Rican government required many people in health care and the public sector to be vaccinated.

In fact, in August when the Puerto Rican bishops' conference drafted a "pastoral instruction on the moral importance" of getting the vaccine, they were forced to begin the document saying, "We, six of the seven Catholic bishops of Puerto Rico who make up the Puerto Rican episcopal conference, deem it appropriate to express ourselves collegially on a matter that, while it could have been a sign of great hope for humanity, sadly has become controversial: the issue of vaccination against COVID-19."

In his statement March 9, Bishop Fernández told the faithful of the diocese, "It is not for me to explain to you a decision that I cannot explain to myself, although I accept it with the patience of Christ for the good of the church."

The bishop also said, "I regret very much that in the church where mercy is preached so much, in practice some lack a minimum sense of justice. No process has been initiated against me, nor have I been formally accused of anything. Simply, one day the apostolic delegate (Archbishop Ghaleb Moussa Abdalla Bader) verbally communicated to me that Rome was asking me to resign."

The pope's action, he said, means "a successor of the apostles is now being replaced without even undertaking what would be an obligatory canonical process to remove a parish priest."

Still, Bishop Fernández said he reaffirmed "my communion in the Catholic faith, with the pope and with my brothers in the episcopate, in spite of my perplexity in the face of an incomprehensible arbitrariness."