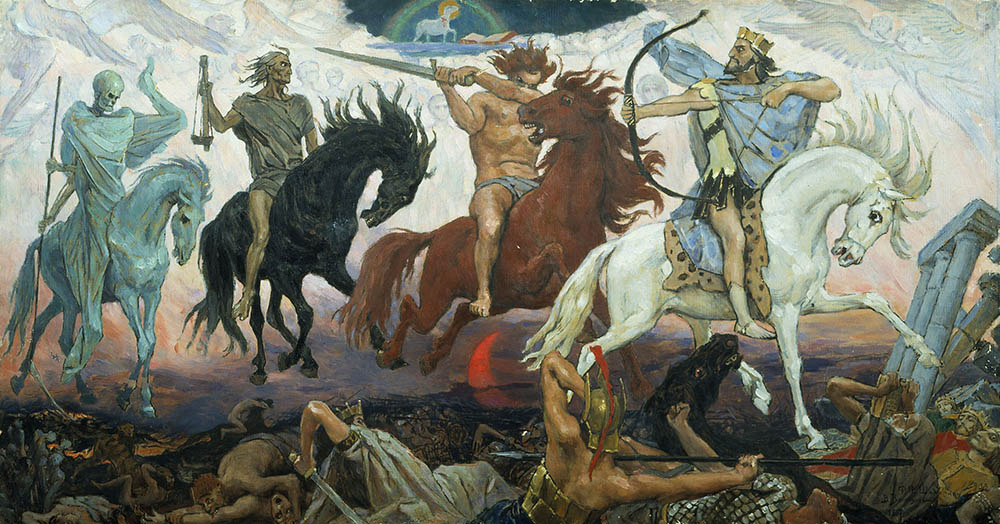 The Scriptures do not just talk about individual punishment for sin; they also speak of cities and countries being destroyed because of their sins. This did not just happen to Sodom and Gomorrah, but also to Jerusalem when it was defeated by the Babylonians and later by the Romans. At one point in the Bible, everyone in the world except Noah and his family is destroyed by the flood.

Modern Christians tend to focus on individual sin and responsibility rather than corporate sin and responsibility. We have trouble seeing the merciful God of Jesus in these stories, which present God as a vindictive judge who does not worry about collateral damage when going after sinners.

But even Jesus in the Gospel of Luke says, "Woe to you, Chorazin! Woe to you, Bethsaida!"

How should modern Christians look at these stories?

These stories in the Bible are more about reality than theology. Cities and nations do get destroyed, and it is usually because of their own failures. We destroy ourselves; God doesn't.

Related: In Afghanistan, we made the same mistakes as in Vietnam

The fall of Afghanistan had many causes, but certainly the factors include the arrogance of Americans who thought we could impose our will on any situation and solve any problem. Our military tactics often created 10 enemies for every one we killed. We defeated ourselves.

In addition, the corruption of the Afghan leadership and police alienated the Afghan people, so they had no reason to fight and die for their government. The rural poor are not going to lay down their lives to protect the urban elites.

As in the Scriptures, prophets warned us that disaster was coming. We did not listen. We did not change our tactics. We ignored corruption. For 20 years, we planted the seeds of our defeat.

Likewise, most of our economic meltdowns have been caused by avarice and greed, including the Great Recession of 2007-2009. We have built an economy based on unrestrained individual consumption, rather than one that builds up the common good and respects the environment.

Environmental prophets are now warning us of the coming disaster of climate change, but we ignore them because the cost of change is high. Politicians cannot consider a carbon tax, which is recommended by economists, because voters would revolt.

Floods of biblical proportions are coming. Plague, famine and war are forecast. But don't blame God. We are bringing the Apocalypse on ourselves.

When disaster comes, it will not be God's punishment, it will be our own fault.

During the Babylonian captivity, the Prophet Baruch pointed with shame at "we men of Judah and citizens of Jerusalem" who "with our kings and rulers and priests and prophets, and with our ancestors, have sinned in the Lord's sight and disobeyed him."

Related: The climate apocalypse is real, and it is coming

The Jews repented during the Babylonian captivity and eventually returned to rebuild Jerusalem. The damage we will do to Earth will not be healed in a generation. It could take more than a millennia to heal the Earth and rebuild.

No generation has been able to do the damage that we are doing to the Earth. Woe to you, Washington! Woe to you, New York! The Apocalypse is coming.