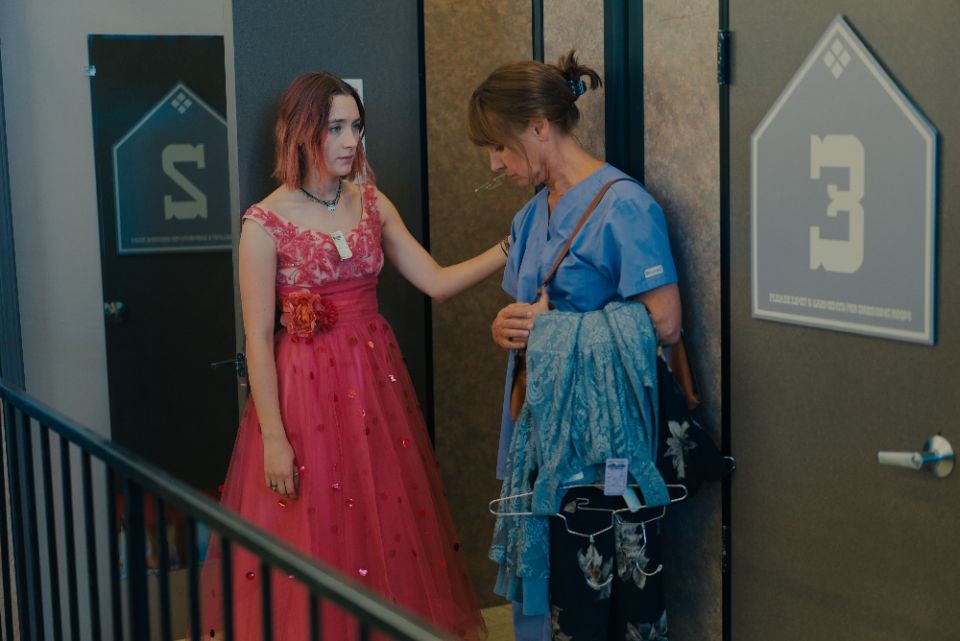 Half the fun of watching the Oscars is the thrill of the horse race. Without a favorite to root for — the hope of glory, the possibility of defeat — the affair boils down to a parade of beautiful people in beautiful clothes: pleasant enough, but nothing to get excited over. This year, I was excited. This year, I was rooting for "Lady Bird."

Lady Bird is a coming-of-age story about a teenager attending Catholic high school in early 2000s Sacramento, California. Christine McPherson is the name of the teenager in question; Lady Bird is the name she chooses for herself in an adolescent gesture of self-creation. Alas, the movie did not win any Oscars. But it certainly won something from its viewers. Both in reviews and on social media, the strength of people's reaction to "Lady Bird" was notable. It consisted of esteem, affection and, often, intense identification.

Certainly, there was a lot to love about the movie. Though anything but family viewing, it depicted the bonds and frictions of family life with a tender and perceptive eye. It captures a young woman between childhood and adult independence in all her contradictions: heedless, critical, ambitious, aimless, passionate, self-centered. And its portrayal of the tense, inarticulate love between a flawed daughter and a flawed mother was one of the most moving I have seen onscreen in a long time.

But there was another reason that I, and I suspect many other viewers, responded so viscerally to the film. "Lady Bird" catches the all-girls Catholic high school the protagonist attends with note-for-note perfection. There are the school-wide Masses and the distribution of ashes on Ash Wednesday. There are the uniform skirt length battles and the subtly felt class differences between the wealthy and the scholarship students. There are the peace-and-justice banners and the theater clique. But most of all, there are the unobtrusive but ever-present figures of the sisters — guiding, directing, counseling, watching in the wings.

My high school was run by the Sisters of Mercy. The Sisters of Mercy were founded in the 19th century by Catherine McAuley. Her fledgling order taught Catholics at a time when education was not widely available to them; since then, the order has focused on serving the indigent and educating women and girls. I look back on my time under their care with a kind of aching wistfulness I could never have felt when I was there — when I, like Lady Bird, was itching to pick fights, filled with ill-defined but boundless ambition, uneasily navigating the class structure of a school dedicated to instilling love for social justice in its students.

But I realize now how much I grew there, and how carefully the sisters created a space for me and my classmates to flourish. That space is there for Lady Bird, too, in a sister's gentle probing into her dreams and in a moment of good humored grace for an immature prank at the expense of the sister's vocation. It's there, too, in a quote that sums up the film's raison d'etre and philosophy. Sister Sarah Joan tells Lady Bird that her college essays show a deep love for her hometown, Sacramento. Lady Bird, who has been loudly expressing her desire to get as far away from Sacramento as possible for the duration of the film, demurs. She just pays attention, she says. Sister Sarah Joan responds, "Don't you think they are the same thing? Love and attention?"

The kind of undemonstrative love that expresses itself in attention, that can be given bountifully even by the limited and broken, is the chord that makes Lady Bird sing. It is what her mother, a psychiatric nurse, gives to her patients. It is what she gives to Lady Bird, and even though there it is bound up with a fearful, compulsive criticism that does genuine damage, it provides her daughter a bulwark in the storms of adolescence. It is what the sisters at Lady Bird's school give to her, and it is what the Sisters of Mercy gave me.

Popular culture is replete with religious sisters who are repressed, sadistic or inhuman. I don't quarrel with these depictions, in general. They often correspond to real people's experiences and to abuse in the church on an institutional scale. The truth should be told. But sisters who nurtured and taught, who effaced themselves and paid attention to people who otherwise did not receive it, is the truth as well. And even within the church, the service of nuns and sisters is not always accorded a basic level of respect.

According to a recent report published Women Church World, the magazine of L'Osservatore Romano, and discussed in The New York Times, some sisters report being treated as low-paid domestic servants for specific clergymen rather than servants of the church with ministries of their own to perform.

A thank-you does not amount to institutional reform, but nevertheless, I would like to offer it here:

To the sister who endless corrected my lazy writing in her American literature class and told me I had a gift that required a high standard.

To the sister whose famously ferocious demeanor melted the day I came into school crying and who took me into her office and served me tea.

To the sister whose official job was school secretary and whose real work was keeping a finger on the pulse of the school by cultivating a personal knowledge of every person who passed through her office.

To the sister who showed me how to pray the Psalms.

To the sisters whose joy and serenity made me curious about the source.

To the sister who shook her head at my uniform violations and spent her free time keeping company with mentally ill homeless people.

To the sister who made me believe that Jesus had never given up on me and never would.

"Lady Bird" is a movie about mothers and daughters. If a woman is lucky, she will have many mothers throughout her life, many women ushering her into a new life, giving her their attention, seeing her both as she is and everything she could be. Some of them may even wear habits.

Mercy sister embraces leadership roles in many of order's ministries