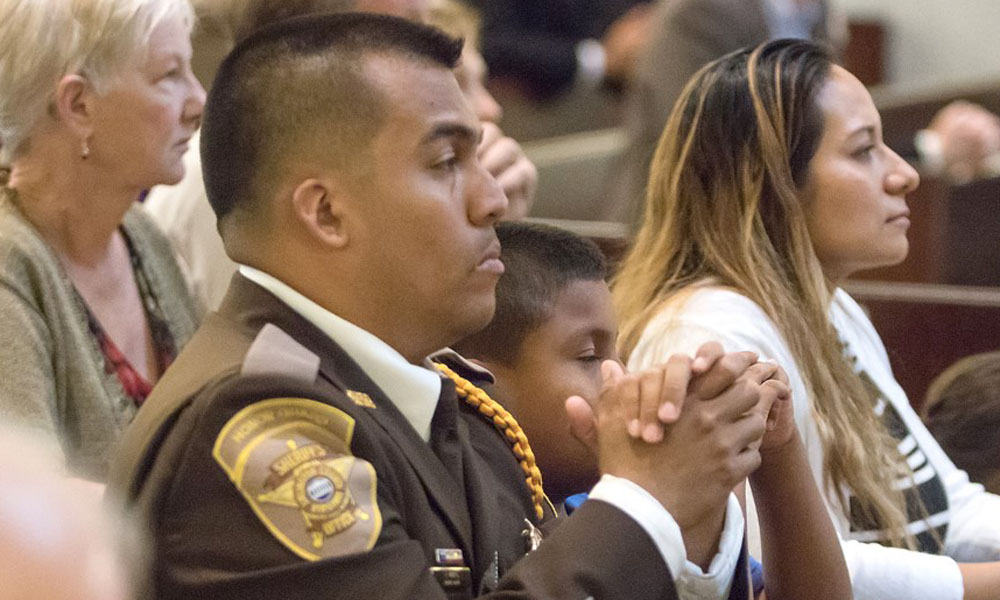 Editor's note: The Field Hospital blog reports on parish and other grassroots efforts across the U.S. and Canada to accompany those on the margins. Pope Francis said he sees the church as a "field hospital" that labors "from the ground up" to "heal wounds."

Fr. Jim Sichko, a priest of the Diocese of Lexington, Kentucky, and a native of Orange, Texas, arranged for substantial supplies and aid to be distributed through St. Mary Parish in Orange in the aftermath of Hurricane Harvey.​

Individuals, parishes, and other organizations in Southern California have mobilized to aid victims of the earthquakes that rocked Mexico.

According to its website, the Knights of Columbus was one of the first organizations to provide financial support to families of fallen first responders following the terrorist attacks on the United States on Sept. 11, 2001. In keeping with that history, the Knights' Columbian Squires Circle 5700 based at St. John the Baptist Parish in Hot Springs, Arkansas, organized a Sept. 11 interfaith prayer service  to honor those lost firefighters, police, EMTs and others. Held at St. Mary of The Springs Parish in Hot Springs, the 6-9 a.m. event drew about 300. Breakfast was included. The Columbian Squires program is for 10-to-18-year-old males. 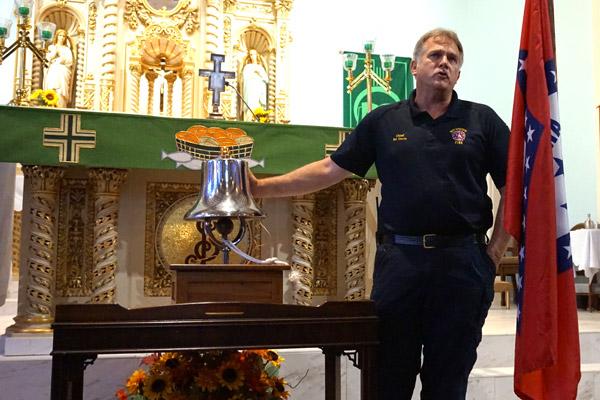 Fire Department Chief Ed Davis of Hot Springs, Arkansas, explains the significance of ringing a firehouse bell, a tradition for firefighters who have died. Davis rang the bell during an interfaith prayer service at Hot Springs' St. Mary Parish in remembrance of first responders who died in New York City on Sept. 11, 2001. (Courtesy of Arkansas Catholic/Aprille Hanson)

The Hot Springs' Catholic community has also banded together to support St. Andrew's Church in Colladere, Haiti. Current projects include ongoing needs of the school and its teachers; providing electricity; reforestation; and a Heifer project. The group works with Feed My Starving Children to support nutrition at St. Andrew's.

In another parish-twinning report, St. Joseph Parish in Vancouver, Washington, recently renewed a three-year covenant with St. Bernadette Parish in Samoya, Kenya. Among other things, the Vancouver group has helped build a church that holds 1,200 worshipers and provided student scholarships. According to Northwest Catholic, "since 2014, the two parishes have promised to support each other spiritually, culturally and economically,"

The courage and faith of first responders was also praised Sept. 16 at the annual Blue Mass at the Cathedral of St. Thomas More in Arlington, Virginia. Arlington Bishop Michael Burbidge was main celebrant.

Although Blue Masses have taken on a higher profile in the wake of 9/11, the celebration dates to Sept. 29, 1934, when Fr. Thomas Dade initiated the service as part of his work with the Catholic Police and Firemen's Society. The first Mass was held at in St. Patrick's Catholic Church in Washington, D.C. The date was chosen to coincide with Michaelmas, the feast of St. Michael the Archangel, the patron saint of police officers. St. Patrick's will celebrate its annual Catholic Police and Fire Society liturgy on Oct. 10 shortly after noon.