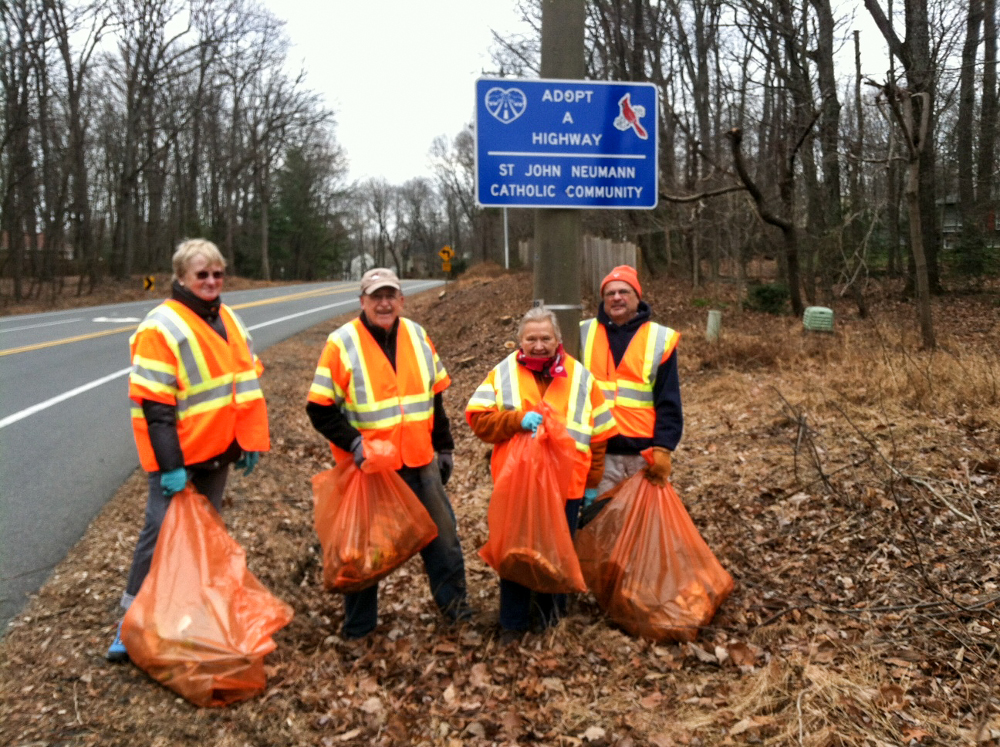 Members of the Care for Our Common Home Ministry at St. John Neumann Church in Reston, Virginia, collect trash along the highway they adopted last year. (Courtesy of St. John Neumann Parish) 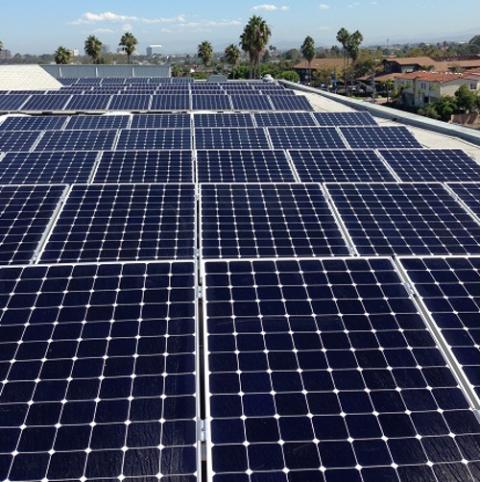 The ecologically aware efforts of San Diego's Our Mother of Confidence Parish is featured in a short video on the Catholic Climate Covenant's website. The parish has also dedicated a web page to outlining specifics in its goal of reducing, re-using, recycling, refusing and removing. Today solar panels provide the vast majority of the parish's electricity needs. NCR staff writer Brian Roewe recently reported on various parishes' embraces of the "5 R's."

Speaking of being ecologically conscientious: Inspired by Pope Francis' encyclical "Laudato Si', On Care for Our Common Home," eight parishes in the Diocese of Arlington, Virginia have formed the Care for Creation Network.

A group of 15 volunteers representing eight Brooklyn diocese parishes made up a "Catholics Care" team who labored April 23-27 in Yabucoa and Humacao, Puerto Rico, in the southeast of the island where devastating Hurricane Maria made first landfall last September. The two coastal towns have had no power since, a Brooklyn diocesan spokesperson said. The Catholic team worked in concert with the relief organization All Hands and Hearts to remove debris, repair roofs, carry out minor demolition and other nitty gritty tasks. A video of volunteers doing mold remediation is posted on Facebook. It was the second "Catholics Care" mission from the Brooklyn diocese. The first helped Hurricane Harvey victims in Houston, Texas, last November.

St. Simon Parish in Los Altos, California, also offers a south-of-border hands-on immersion outreach. Since 2011, parishioners have worked with Brothers and Sisters in Community Service in one of Tijuana, Mexico's most impoverished areas, La Morita. Parish volunteers' next trip is scheduled for the first two weeks of July. Three other California parishes also work with the organization: two in San Jose, Holy Family and St. Julie Billiart, and Sunnyvale's Resurrection.

San Jose's St. Julie's also has a 25-year history of supporting Casa de Clara, a house of hospitality in the Catholic Worker tradition, for homeless women, and women with children. It provides a warm, safe, homelike residence for six to eight individuals. St. Julie's provides five teams of cooks.

St. Cecilia Parish on Bainbridge Island, Washington, a half-hour ferry ride across Puget Sound from Seattle, was host to an April 26 gathering at which four Washington state poet laureates read original poems on the plight of world's most impoverished. In addition, Seattle University scholar Jesuit Fr. John Topel spoke on the call to serve the poor. 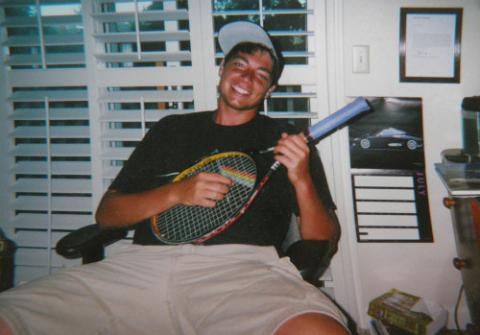 Bobby Reiss, 26, died of a drug overdose just over a year ago. Members of St. Augustine of Canterbury Parish, in Kendall Park, New Jersey, his parents, Robert and Eleanor Reiss, describe their journey and the uphill battle for healing.

The battle to prevent the deportation of Felix Garcia, 51, has been lost despite letter-writing campaigns, the efforts of his 27-year-old daughter, backing from Atlanta Archbishop Wilton Gregory and support from Catholic organizations including the Ignatian Solidarity Network. Garcia fled Guatemala violence in 1991 and had not been back to the country since. His daughter, Belsy Garcia Manrique, attends Loyola University Chicago Stritch School of Medicine.