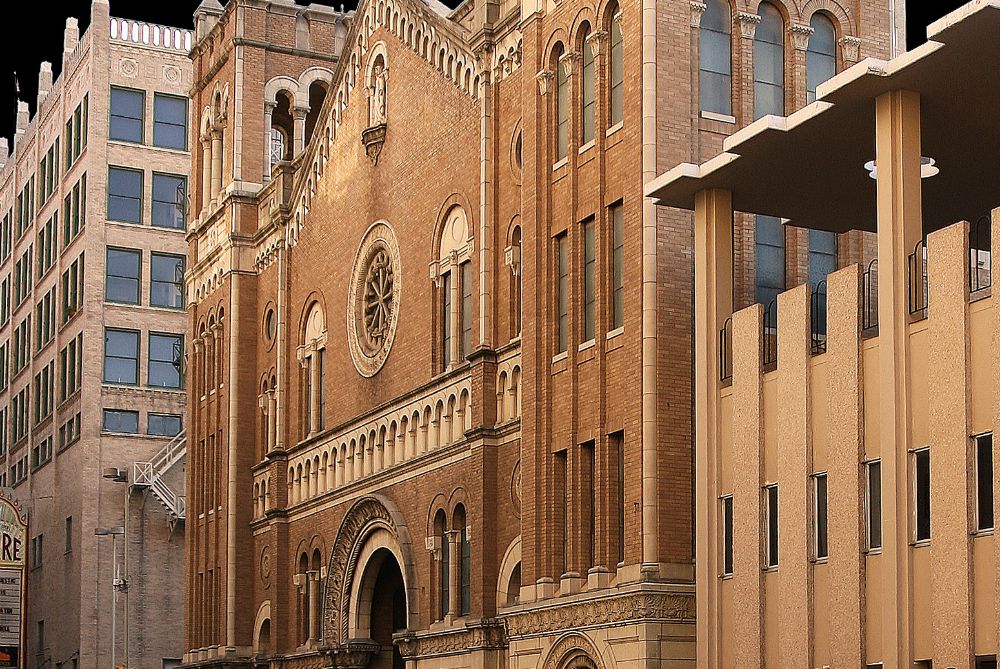 What parish are you from? Among Chicago Catholics, the question used to mean just about everything. Now there is an adjustment to a new reality.

Even while the number of their parishioners increase, some Latino Catholic parishes struggle to survive. Their future is important to the life of the church in the United States, argues author Nichole M. Flores in America Magazine.

In a creative approach to excess parish property, a problem facing merging parishes in the Northeast and Midwest, Holy Family Church in Endwell, New York, is using church property as a hospice for dying patients. The parish has consolidated from three parishes; the hospice is housed in a former church.

Here's a thumbnail history of the impact of the church on Washington, D.C.

Eight new parishes are planned for a growing Archdiocese of San Antonio, Texas.

What's in a name? The Baltimore Archdiocese is changing its "Archbishop's Annual Appeal" to the "Annual Appeal for Catholic Ministries." The reason? It's intended to address skepticism that funds will be used to pay for sex abuse settlements.

The Basilian Fathers plan to leave a parish in the Diocese of Rochester, New York. Lack of available priests was cited for the reason.

He was known as Pittsburgh's "dancing priest" and was featured on both national and local television. Fr. Thomas Smith died in 2015 at the age of 90, but now he's been accused of child molestation.

A Brooklyn parish navigates a cycle of German, Latino and now gentrifying influences.