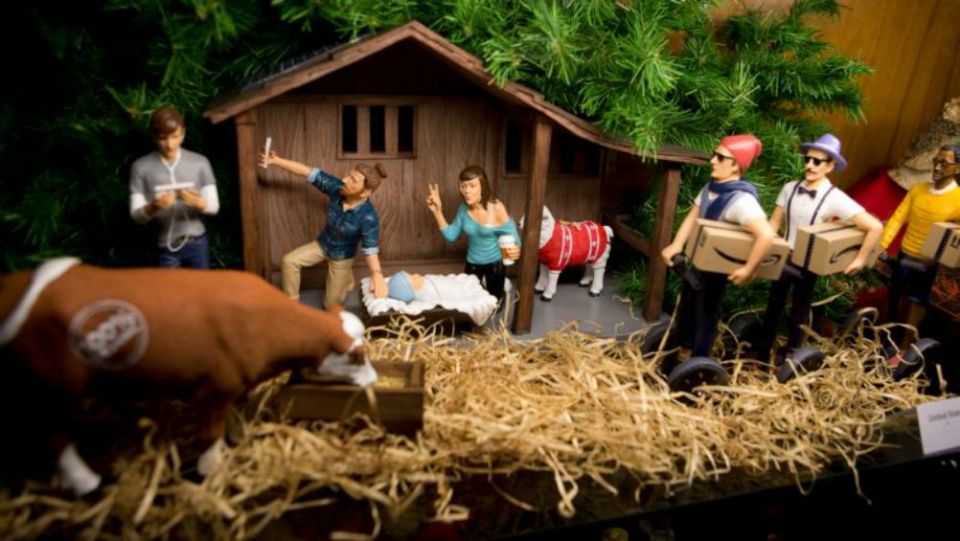 A modern Nativity from the United States is seen at the Franciscan Monastery of the Holy Land in Washington, D.C. The creche is one of some 500 nativity scenes collected by Roger and Marguerite Sullivan of Washington. (CNS/Tyler Orsburn)

Roger and Marguerite Sullivan of Washington, D.C., feel that their collection of nativity scenes — 500 of them — is "a wonderful way to show our Catholic faith, and to be one with Catholics around the world," in Roger's words. Collected over 40 years from around the globe, about 150 of the couple's creches are on display at the Franciscan Monastery of the Holy Land in Washington until the Feast of the Epiphany, Jan. 6.

Church leaders in southern California have issued prayers of protection and gratitude for the thousands of persons involved in fighting the multiple wildfires wreaking massive destruction and evacuations in the Los Angeles Archdiocese, San Diego Diocese, and Orange Diocese. The archdiocese has established a relief fund. This is California's second set of wildfires. In the northern part of the state in October, the blazes killed 31 people, burned some 128,000 acres and caused an estimated $3 billion to $6 billion in damage. The Santa Rosa Diocese is backing relief work there.

A Canadian priest has wrapped up work on a documentary focusing on the treatment of aboriginal peoples at government-financed residential schools, many of which were operated by the Catholic Church. A cinematographer prior to entering the priesthood, Fr. Larry Lynn released the film, "In the Spirit of Reconciliation," in early December. Canadian government-backed residential schools were discontinued in 1996. 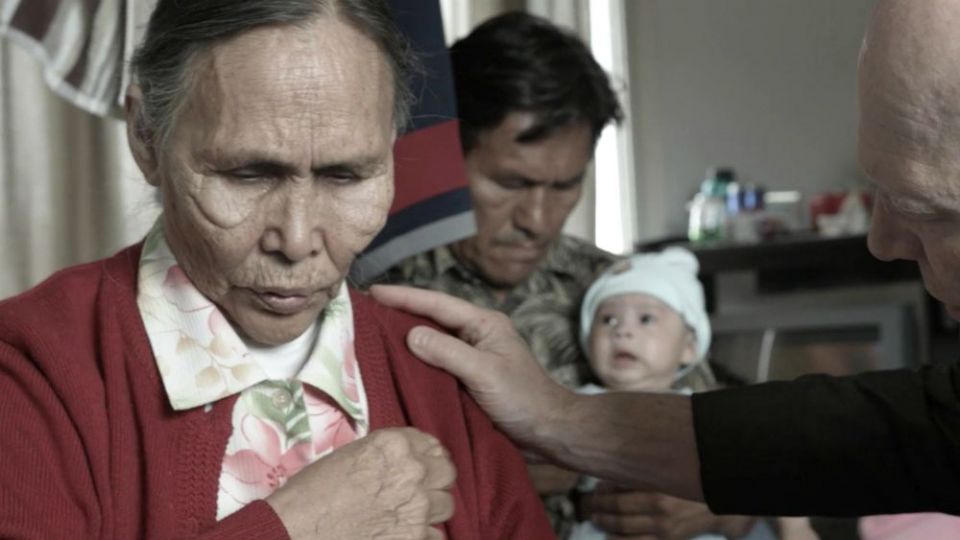 A parishioner is blessed in the film "In the Spirit of Reconciliation," a documentary by Fr. Larry Lynn, a priest of the Archdiocese of Vancouver, British Columbia. (CNS/Spoke)

At least five parishes across Missouri celebrated Our Lady of Guadalupe's feast day Masses Dec. 12 in solidarity with immigrants and refugees and in response to the U.S. bishops' declaration to mark the feast as a day of unity with "Dreamers," immigrants protected from deportation by the Deferred Action for Childhood Arrivals (DACA) program. The bishops' conference has strongly backed passage of the proposed DREAM Act (Development, Relief and Education for Alien Minors), which would sustain DACA protections in face of Trump Aadministration threats to curtail them. The five Missouri parishes were St. Anthony of Padua, St. Louis; Our Lady of Guadalupe, Ferguson; Holy Trinity, St. Ann; St. Charles Borromeo, St. Charles; and  St. Joseph, Manchester.

Solidarity with persons facing deportation was likewise the mission of DesMoines, Iowa, Bishop Richard Pates on Dec. 7 when he visited the section of Polk County Jail used to hold persons picked up by U.S. Immigration and Customs Enforcement. He distributed Our Lady of Guadalupe prayer cards, listened to detainees' stories, and prayed with them.

Refugees from countries including Mexico, Somalia, Iraq, Congo, South Sudan, Myanmar and Bhutan are taking part in specialized food processing and preservation classes in a building at the back of St. Anthony Parish in East Anchorage, Alaska. There is a growing market for foodstuffs like spicy pickled garlic, sweet-and-sour pickled garlic and spicy pickled grapes. 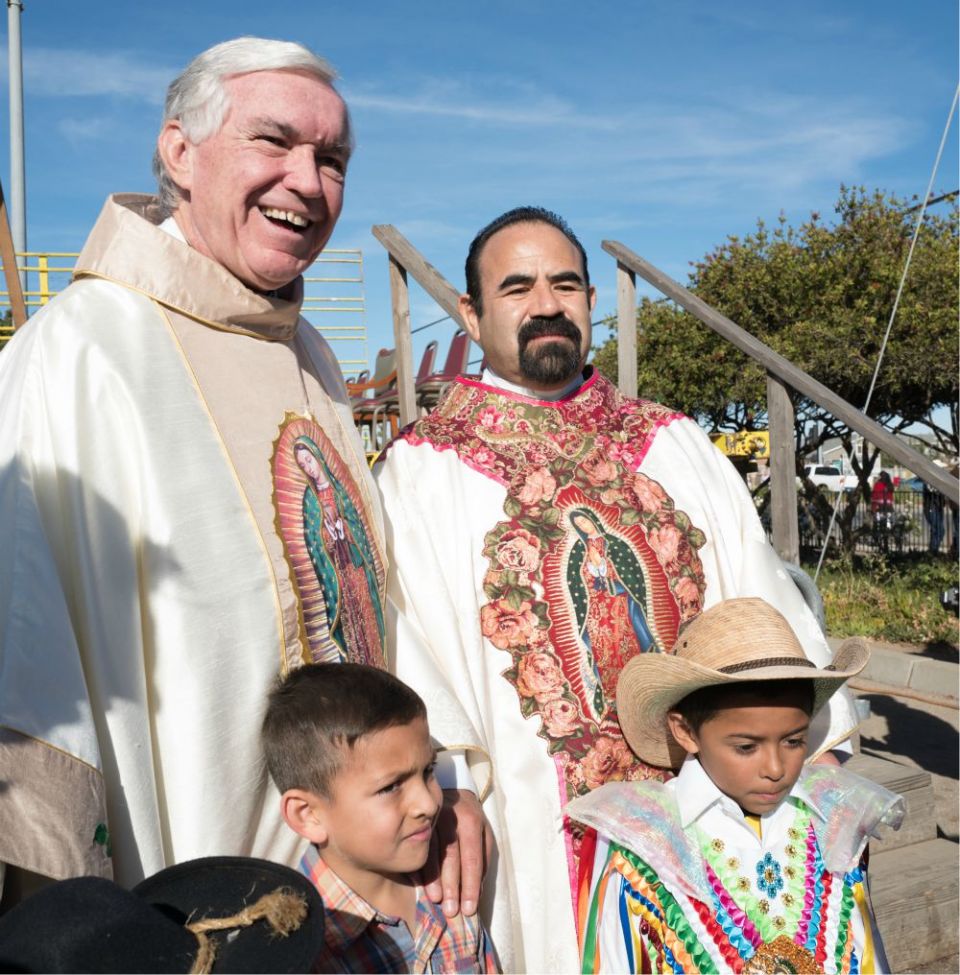 Transformation of Holy Trinity Parish in Greenfield, California, into a high-energy, apostolic, spiritually challenging community that serves and inspires thousands led to the conferral of the prestigious Lumen Christi Award onto its pastor, Fr. Enrique Herrera. Many parishioners are migrant farmworkers who harvest lettuce, broccoli, grapes, strawberries and other produce in the Salinas Valley, known as "America's salad bowl."

More than a saint, Our Lady of Guadalupe represents Mexican identity