Questions and answers about Ash Wednesday 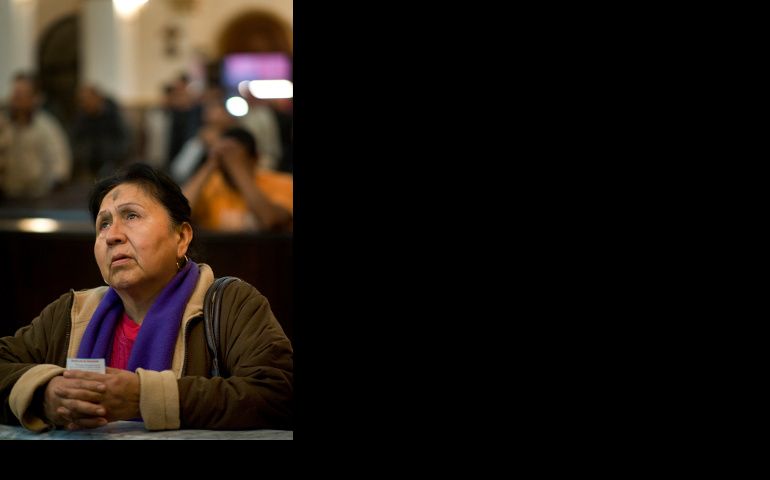 A woman prays during an Ash Wednesday service at Our Lady of Guadalupe Cathedral in Tijuana, Mexico, Feb. 13, 2013. (CNS/David Maung)

Today marks the beginning of Lent with Ash Wednesday. For Christians, Lent is a 40-day season of fasting, reflection and penance culminating  in Holy Week and the Easter Sunday commemoration of Jesus’ Resurrection.

The Rev. Arne Panula, director of the Catholic Information Center in Washington, D.C., said his experience is that more people go to church on Ash Wednesday than any other holiday, including Christmas and Easter.

Here are a few basics on the Ash Wednesday tradition:

When was the first Ash Wednesday celebrated?

Catholics are not the only group observing Ash Wednesday. Anglicans/Episcopalians, Lutherans, United Methodists and other liturgical Protestants partake in receiving ashes. Historically, the practice has not been common among evangelicals.

Panula said Muslims, Jews and even people who aren’t religious can honor the tradition as a reminder of man’s shortcomings. “People recognize that it is a symbol of our mortality,” he said. “It gives us a profound sense that we are mortal, and Ash Wednesday is a reminder of that.”

In a typical Ash Wednesday service, a minister recites Genesis 3:19 — “For dust you are and to dust you shall return” — while applying the ashes in the shape of a cross on the recipient’s forehead.

Does the service have to be performed in a church?

No. While Catholics almost always receive the ashes inside a church, people in other religious traditions now celebrate the ritual without necessarily having to step foot inside a church. Some churches offer “ashes to go,” which gives busy participants the option of receiving ashes on a street corner, at a train station or in some other public venue. A state-by-state list of churches in the U.S. that administer on-the-go ashes can be found at Ashestogo.org. A pastor, deacon or lay person can administer the ashes. For Catholics, Ash Wednesday rites usually (but not always) consist of Mass.

Where do the ashes come from?

Typically, the ashes that are placed on the forehead of the individual come from branches used in the previous year’s Palm Sunday services, which falls one week before Easter and commemorates Jesus’ entry into Jerusalem.

The palms themselves don’t necessarily come from the Holy Land, but instead from various religious suppliers around the country.

What do the ashes on the forehead represent?

The ashes are a profound symbolism for observers. Ash Wednesday is not an official “holy day of obligation” for Catholics, but it is a deeply ingrained tradition, even for people who may not be particularly observant. The ashes — a traditional sign of mourning and repentance — are meant to remind people that life is short.

“It is a time for Christians to carry the cross,” Panula said. “The observance is a symbol of our Lord emblazoned on the forehead of Christians.”

Ashes to ashes, stardust to stardust

Lobbying in lieu of ashes: a pushback against long prison sentences