US bishops try to capture some of Pope Francis' media mojo 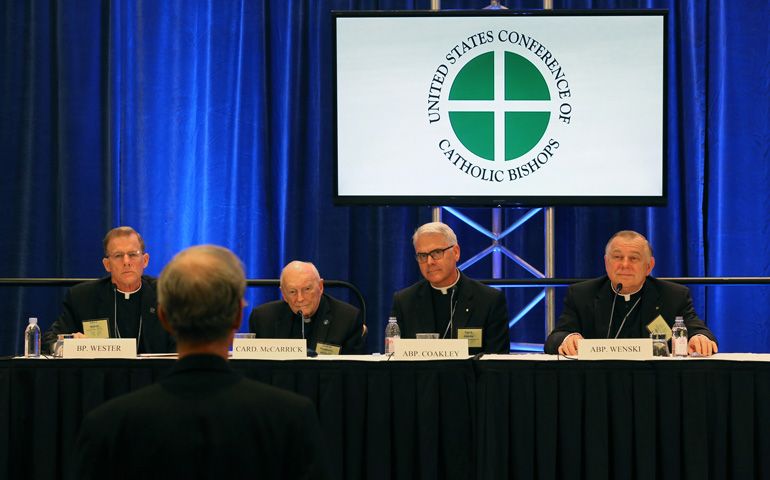 Baltimore — Much of the private discussions at the fall meeting of the U.S. Conference of Catholic Bishops have focused on how the American hierarchy can shift its priorities to better track those of Pope Francis, especially on social justice issues such as poverty and immigration.

But what they'd really like to do is channel the pontiff's media mojo.

"With Pope Francis, we are tending to be identified by what we are for rather than what we are against," said Auxiliary Bishop Christopher Coyne of Indianapolis, who was elected Tuesday to oversee the bishops' communications strategy.

In fact, since the moment he was elected pope last year, Francis changed the entire media narrative about the Vatican -- from a source of scandal and dysfunction under Pope Benedict XVI to the launchpad for Catholic reform and renewal based on a message of mercy.

With his pastoral touch and simple lifestyle, Francis won accolades across the spectrum as he graced the covers of magazines as varied as Time, Vanity Fair and The Advocate, a gay and lesbian glossy.

Yet Coyne -- a longtime blogger who has been on Twitter and Facebook for years -- said despite Francis' enormous popularity, the U.S. bishops still have a lot of work to do on their own.

One sobering answer came from research presented Tuesday to the more than 200 bishops gathered in Baltimore for their four-day meeting: The Catholic church, the multiyear study showed, is seen as "judgmental," and that finger-wagging attitude is the biggest sin in the view of many laypeople, Miami Archbishop Thomas Wenski told the assembly.

"What has Pope Francis taught us about how to reach and teach Catholics and the world?" Wenski asked.

Many bishops suggested that speaking more about issues that Francis stresses, like income inequality and poverty, rather than focusing primarily on opposition to gay marriage and abortion, is part of the answer.

But Coyne said the first step was more straightforward.

"The priority of our conference has to be to proclaim the joy, the mercy and the love of Jesus Christ at all times and in all places and to all people," he said. "When you have that as your communications starting point, it changes the tenor of what we say and how we are perceived."

Not everyone was convinced that the solution was that easy, however.

Archbishop Joseph Naumann of Kansas City, Kan. -- who earlier in the day lost the race to Coyne by a 114-102 vote -- asked Wenski how far the bishops should go in trying to respond to the research showing the church was often seen as judgmental.

"Is this asking for a 'feel-good' gospel -- a gospel that doesn't challenge us?" Naumann said.

Pope's appeal for peace in Iraq: 'Stop these crimes'