After Vatican warning, US bishops have limited options for planned text about Biden 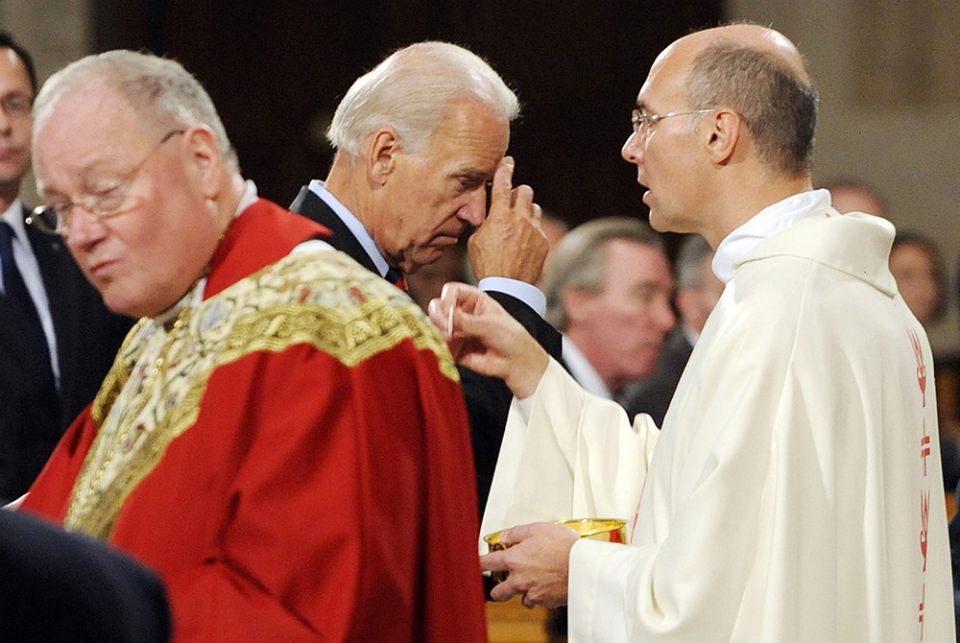 U.S. Vice President Joe Biden makes the sign of the cross after receiving Communion during a Mass at the Basilica of the National Shrine of the Immaculate Conception in Washington in this Sept. 14, 2011, file photo. (CNS/Leslie E. Kossoff)

After the Vatican's unusual warning to the U.S. bishops to proceed with caution in their plan to issue a document about pro-choice Catholic politicians like President Joe Biden, the prelates appear to have limited options for going forward with the measure.

Central to the matter, several prominent canon lawyers told NCR, is Pope John Paul II's 1998 document outlining the authority of bishops' conferences. That text, Apostolos Suos, requires any doctrinal declarations by a conference to receive either unanimous support from all the country's bishops, or two-thirds support and the Vatican's approval, known as a recognitio.

As one Rome-based canonist put it after reading the unexpected May 7 letter from Cardinal Luis Ladaria: "It's clear the U.S. bishops won't be getting approval here."

The U.S. bishops have been planning to vote on a document about pro-choice Catholic politicians and their ability to receive Communion at their upcoming June 16-18 meeting. Ladaria, prefect of the Vatican's Congregation for the Doctrine of the Faith, warned in his letter that such an effort could "become a source of discord rather than unity within the episcopate and the larger church in the United States."

"They're not going to give the recognitio because it's not unanimous enough," said the Rome canonist, who asked not to be identified because they were speaking without the permission of their institution. "[Ladaria] said that in a very Vatican way." 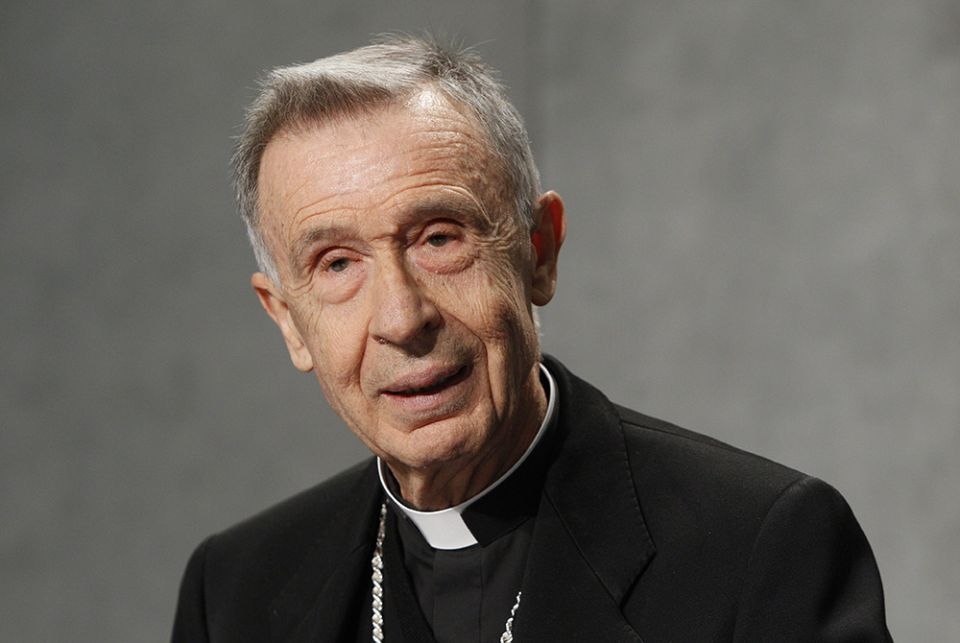 Cardinal Luis Ladaria, prefect of the Congregation for the Doctrine of the Faith, speaks during a news conference at the Vatican in this March 1, 2018, file photo. (CNS/Paul Haring)

Beyond the problem of gaining Vatican approval on any new document, another canonist pointed to the issue of a how a text from the national conference might override the ability of individual bishops to determine who receives Communion in their dioceses.

"The bishops' conference may not restrict the proper autonomy of individual bishops," said Charles Reid Jr., a canon lawyer and law professor at the University of St. Thomas in St. Paul, Minnesota.

In Biden's case, said Reid, it is Washington Cardinal Wilton Gregory who would ultimately determine whether the president receives Communion while in the district.

"Even if the bishops' conference were to pass such a document … Cardinal Gregory remains the judge of whom he can pastorally give Communion to, because that's his role as a pastor," said the canonist. "He's the chief pastor of the archdiocese."

John Paul's 1998 text says that a national conference cannot hinder an individual bishop's authority in his diocese "by substituting themselves inappropriately for him."

"If I had to speculate, I would say this was a chance at grandstanding by some members of the bishops' conference," Reid said of the prelates' planned document. "The Vatican appropriately reminded them of their obligations at law."

Nicholas Cafardi, a civil and canon lawyer who has advised bishops and dioceses on canonical issues for decades, said the 1998 document makes clear that bishops' conferences have very limited options in issuing doctrinal texts.

"After Apostolos Suos, I think the matter is really closed," said Cafardi, dean emeritus of Duquesne University School of Law in Pittsburgh. "I don't know what [the bishops] think they can do."

Cafardi also referenced a 1983 statement from Cardinal Joseph Ratzinger, the future Pope Benedict XVI, that bishops' conferences — as conferences — do not have mandatum docendi, or teaching authority, in the church.

"Episcopal conferences on their own have no teaching authority," said the canonist.

"Theologians and canon lawyers mostly think that when bishops' conferences act unanimously, that just means every bishop is speaking for his diocese," said Cafardi. "And when they don't act unanimously, they have to get the approval of the apostolic see, which of course has authority to teach universally."

Given the likelihood that the U.S. bishops will not be receiving Vatican approval on any national document about pro-choice Catholic politicians, the canonists suggested one option for prelates who might have supported such a text. They could possibly draft a statement together, saying they would not allow politicians such as Biden to receive Communion in their individual dioceses.

"That's all they can say," said Cafardi. But he added: "The political nature of a statement like that is so obvious, that it has to be laughable."

Given Ladaria's letter, Reid said he thought such an initiative "would be met with pushback" from the Vatican.

"That letter emphasizes the role of unity," said Reid. "I think bishops who cross that line would encounter difficulties."

"Just read that letter and then ask yourself, 'Would a group of 50 bishops want to threaten unity after the [Vatican] emphasized over and over again the centrality of unity?' " he said. "It's a legally permissible but a politically risky step."

A version of this story appeared in the May 28-June 10, 2021 print issue under the headline: Vatican: Bishops should proceed with caution on Biden text .

People | After Vatican warning, US bishops have limited options for planned text about Biden

Cardinal Ladaria cautions US bishops on politicians and Communion

An Easter without Eucharist cannot keep Christ from being among us

Returning to in-person Mass, will we be more attentive and intentional?