Archbishop Hunthausen was a man of prayer, a man of God 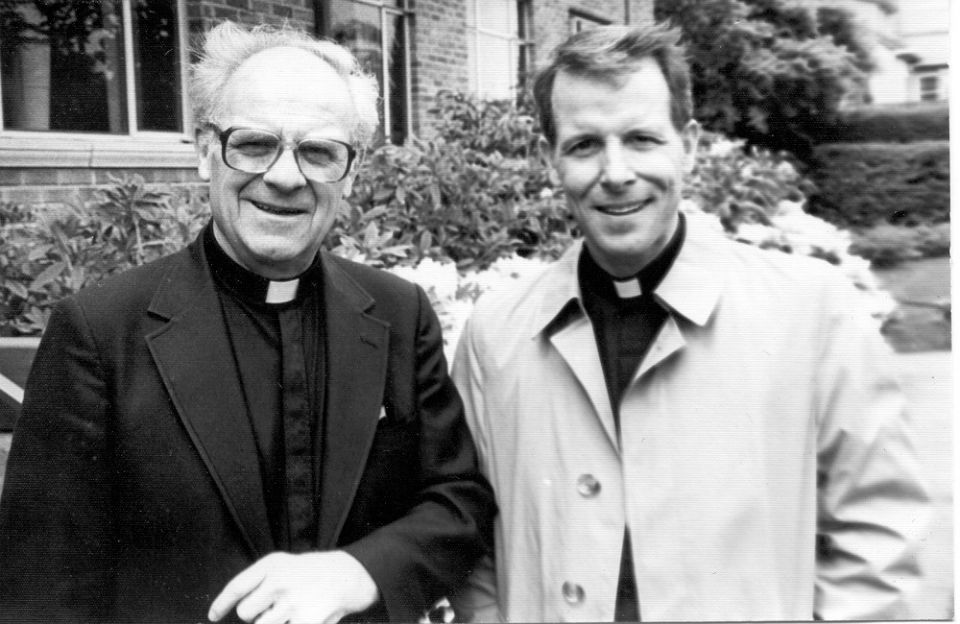 Years ago, I remember remarking to Archbishop Raymond Hunthausen that, when historians told the story of 20th-century American Catholicism, he would be a significant footnote. Sometime later, I changed that to a chapter. Now I think that a book comes closer and maybe even more than one book.

The Raymond Hunthausen I was privileged to work closely with for many years — and who became my inspiration, mentor and friend — never thought of himself in terms of footnotes, chapters or books, however. In fact, he thought very little about himself at all, and when he did, it was only in terms of his calling — of the God who called him and the people he was called to serve. He only thought in terms of discipleship — the demands of discipleship, the cost of discipleship. And no matter what the cost was, he met it.

In his heart of hearts, Hunthausen was a man of prayer, a man of God. He met God each day and many times a day in prayer. But for all the time he spent in prayer, he was never one to claim that God told him what to do. Much of his prayer, in fact, was in the dark and involved a struggle to hear and to discern. Often he would find himself echoing the Trappist monk Thomas Merton:

"I do not see the road ahead of me. ... The fact that I think I am following your will does not mean that I am actually doing so. But I believe that the desire to please you does in fact please you. And I hope I have that desire in all that I am doing."

All this to say that there was nothing facile about the archbishop's faith and nothing even remotely cocky about the convictions that he arrived at after his prayerful struggles. But when his prayer did bring him to a quiet place of inner peace, then there was nothing on earth that could disturb or dissuade him.

At the heart of Hunthausen was a steely conscience formed in the crucible of prayer. Too often, the powers that be saw him as something of a firebrand, stubborn and unyielding; those of us who knew him saw him quite differently — saw him as fiercely faithful, uncommonly courageous, truly humble — the very definition of integrity.

His integrity was something I witnessed day after day over the many years we worked together from 1975 to 1988. I saw it in big things and small. I saw it whenever he needed to respond to the Holy Father or his representatives (always respectful but never craven) and I saw it whenever he dealt with his priests and people (always respectful and never patronizing). The archbishop was fond of saying that he received his "on-the-job-training" for how to be a bishop at the four sessions of the Second Vatican Council. It was at the council that he experienced in a life-changing way the gentle yet powerful workings of the Holy Spirit in the church – the whole church: the hierarchy, of course, but also the holy people of God.

He was a builder of bridges, never of walls, and he was always the first to cross any bridge he built, smiling his disarming smile and offering the hand of friendship.

For that reason, his style of governing always involved a difficult dance between theological givens and pastoral realities, between settled teaching and the unsettled lives of the people he shepherded. I never met a person who was more profoundly respectful of people or more open to the truth in the manifold ways that truth presents itself in real life situations than Hunthausen.

But it wasn't all dead-seriousness. Hunthausen also knew how to enjoy life. Even when its many demands were pressing in on him, he enjoyed life, and never more so than when he was with his family, his large and wonderful family. His brothers, sisters, nephews and nieces (generations of them!) were the light of "Dutch's" life. I can recall being with him in meetings where high stakes issues were on the table. A phone call would come from one of his nieces or nephews and the high-stakes issues would be put on hold for a bit. A few minutes later when he would return to the meeting he would be visibly energized, thanks to some lighthearted family banter that put things in perspective and kept him in touch with the real world.

His keen sense of humor also added to the joy of life, along with his love for a good story, for pithy little sayings, and for sports of all kinds. He was a gifted athlete who could more than hold his own on the golf course and the ski slopes. In his younger years when he taught at Carroll College in Helena, Montana, I don't think there was a sport he didn't coach. He was a natural competitor and he liked to win but in the end, sports were always more about having fun and growing in character than about winning. The National Association of Intercollegiate Athletics put him in their collegiate hall of fame but, if memory serves, it was more for his inspiration as a coach than for the number of his victories (though there were many!).

Inspiration was evident in everything the archbishop did. I saw this in a particularly powerful way when it came to his relationships with leaders of other Christian churches and faiths. Many of the clergy of other denominations and religions looked upon him as their bishop and took their lead from him. They knew the real thing when they saw it. That's because he was a builder of bridges, never of walls, and he was always the first to cross any bridge he built, smiling his disarming smile and offering the hand of friendship.

Of course, it was his deep and unwavering commitment to peace and disarmament that catapulted Hunthausen onto the world stage, and an unlikely player on that stage he surely was. His humble, unassuming ways never prepared him for the rock star status he was to achieve, and he never became comfortable with that status. But conscience came before comfort. Driven as he was by conscience and personal conviction, everything else that came his way (honors, awards, accolades, endless invitations to speak) was a price to be paid — never a prize to be coveted.

As might be expected, his now legendary income tax protest (he withheld one-half of his personal income tax in protest of the nuclear arms race) cost him credibility with many and was quite likely the trigger for the apostolic visitation that made him front-page news not just in Seattle but across the country and even the world. I say that because the things he was ostensibly hung out to dry for (reaching out to gay and lesbian Catholics and to the divorced and remarried, finding roles for priests who had left the ministry, giving women leadership roles in parishes, etc.) were the very things many pastoral-minded, Vatican II-inspired bishops were known to do. They escaped the long arm of Rome while Hunthausen didn't. Is it too much of a leap, then, to surmise that, at the very time the Vatican and the United States government were in the process of establishing formal diplomatic relations, it was his tax protest that alarmed the powers that be in Washington? The other Washington, that is! The rest is history.

And a painful history it was at times. Especially painful for a man who loved the church deeply and wanted nothing more than to serve it faithfully, for a man who knew that as a bishop he was called to be a unifier, but who also came to know that being true to God and conscience can sometimes lead to division. The archbishop carried the pain of that dilemma into his prayer each day and it was there that God gave him the grace he needed to be both faithful and strong. I witnessed that grace in action day after day as he went about his pastoral duties, making himself available to as many as asked for his time and pointedly reaching out to people who opposed him and made life difficult for him. For me, he became the very embodiment of "grace under pressure" and it was a wonder to behold. "Someday this will all make sense," he would say to me: "For now, we just have to trust that the Lord is in charge and that all will be well."

As a bishop he was called to be a unifier, but [he] came to know that being true to God and conscience can sometimes lead to division.

I find a kind of holy symmetry in the fact that Hunthausen got to live into the era of Pope Francis. It was a grace for which he was deeply grateful and something he remarked about frequently. The symmetry comes from the fact that it was the sainted Pope John XXIII who appointed Hunthausen bishop back in 1962. Could there be better bookends for the life of this holy archbishop than those two holy popes, each of whom, against all odds, reset the priorities of the church and modelled for the church what being a bishop is all about. It's not about pomp or panoply: it's about humble service, loving the people, shepherding the flock, going to the margins, lifting up the poor, taking risks, and laying down your life.

I find it easy to picture Hunthausen from his new place with God comparing notes with John XXIII and becoming fast friends with him. And I'm sure the two of them are cheering Francis on as he takes his turn renewing and breathing life into the church they both loved and gave their lives for.

People | Archbishop Hunthausen was a man of prayer, a man of God

My friend Dan Berrigan: another Daniel in the lions' den