by John M. Vitek
People
This article appears in the Synod on the Youth 2018 feature series. View the full series. 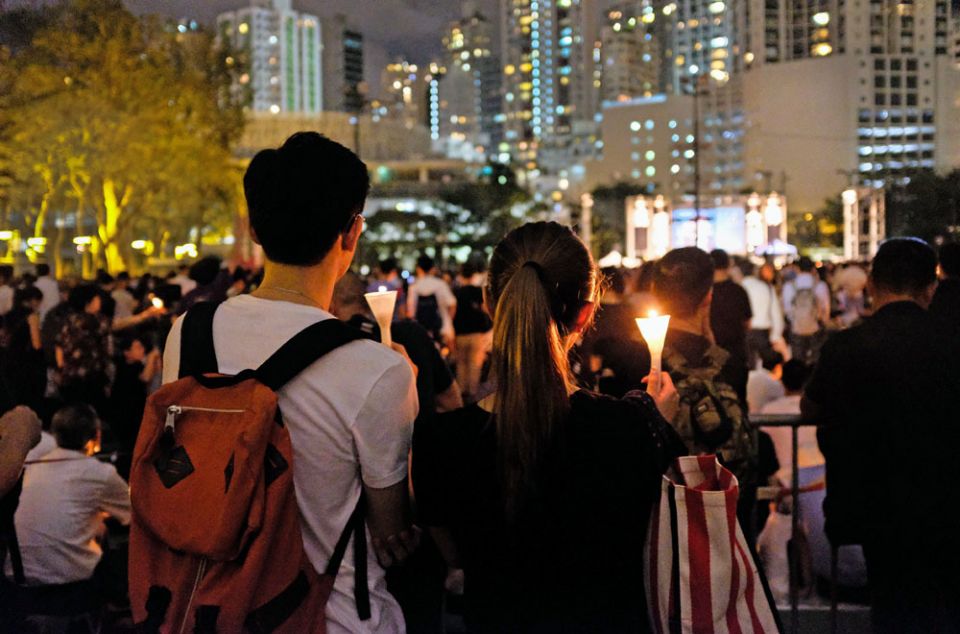 Bishop Robert Barron rightly notes in his interview with NCR (See "Bishop Barron calls for evangelization, apologetics in upcoming youth synod") that religious disaffiliation, especially of young people, is one of the most pressing issues facing the church today.

I agree also with Barron's assessment that the upcoming Synod of Bishops on young people, the faith, and vocational discernment, to which the Los Angeles auxiliary bishop has been appointed a U.S. delegate, is perhaps even more significant than recent synods.

However, given the body of evidence from contemporary research on religious disaffiliation, and a careful study of secularization theory and religious identity formation, I must conclude that Barron's call for "a new apologetics" and "improvement in our catechetical outreach" will do little to help the church address the root causes and influencing factors of this pressing issue.

A deep listening to the lived experiences and perspectives of young people who once identified as Catholic and who no longer do supports Barron's position that many young people do not adequately understand church teaching. However, they do understand the church's position on issues that are critical to them — LGBTQ issues, gender equality and religious pluralism, for example — and they find little congruence between those positions and their own sense of identity and worldview.

Even so, the reasons young people disaffiliate from religious institutions has little or nothing to do with inadequate understanding of the church's teachings.

Failing to understand religious disaffiliation in its larger social-historical context will lead us to engage young people in inconsequential ways.

While the church long relied on the handing-down of faith from one generation to the next, in contemporary culture young people are acutely aware of their ability to consciously engage in the free construction of their own religious identity. Increasingly normative in our society is the formation of religious identities that are an amalgamation of various traditions, practices, beliefs, communal and social connection.

There is also likely little the church can do to "prevent the rise of future 'nones,' " something Barron called "priority one," and there is little evidence to support the belief that the nones will "re-engage" with the church, at least not in the way that religious leaders typically envision — "becoming Catholic again."

The label "nones," while significant, can lead church leadership and religiously affiliated people to make numerous inaccurate assumptions grounded in the misunderstanding of the disaffiliated as believing in nothing, of having no spirituality.

For example, most nones believe in God, a higher power, or life force, and many engage in recognizably "religious" or "spiritual" practices through communities where they find a sense of connection, meaning and validation. They are actively engaged in works of the Gospel, especially social action and justice.

In other words, the vast majority of nones are not against religious experience and practice, and they are certainly not devoid of belief in God or a higher power. However, they have largely lost trust in religious institutions to provide the kind of religious experience and attitudes they seek. As a result, they are constructing new forms of community and connection, new religious and spiritual practices, many of which draw upon the ancient traditions and practices of the church.

What if our catechetical models allowed for, embraced, and respected the questioning, doubt, wonderment and curiosity that is a natural dimension of being human?

To the extent that we — the church — discount the authenticity and fidelity of their engagement in the construction of a personal religious identity, we will fail at "meeting them where they are," and the door to accompaniment will be closed to us.

This is one reason why Pope Francis is so clear about the essential call to "accompany" young people — to be with them, walking alongside as a nonjudgmental, supportive spiritual friend who listens and appropriately offers guidance as they work through their questions, curiosities, struggles, doubts, joys and hopes.

There is, of course, an important place for the church to give witness to the joy of the Gospel in this process of accompaniment, stirring the religious imagination of the young as they work to construct their worldviews, and personal and social identities.

I can't help but wonder, what might happen if, rather than offering a "new apologetics," we were to commit to a new mode of spiritual and pastoral care of the young, one rooted in practices of spiritual friendship that accompanies young people in their life's task of freely constructing personal and communal religious identities and practices?

And what if our catechetical models allowed for, embraced and respected the questioning, doubt, wonderment and curiosity that is a natural dimension of being human?

In other words, might we better serve today's young people if the church's "priority one" were, at least as our starting point, witnessing to the joy of the Gospel by inspiring their hearts, engaging their religious imaginations, and honoring their lived experiences through deep and nonjudgmental listening?

Can we trust in the abiding presence of God's grace to lead where the Spirit will?

A version of this story appeared in the Aug 24-Sept 6, 2018 print issue under the headline: Better understanding, not apologetics, will best serve 'nones' .

Religion and politics: Do the ‘nones’ have it?

Most Americans look so kindly on churches, they might even go sometime

NCR Podcast: Reporting from Rome on the synod and women's rights