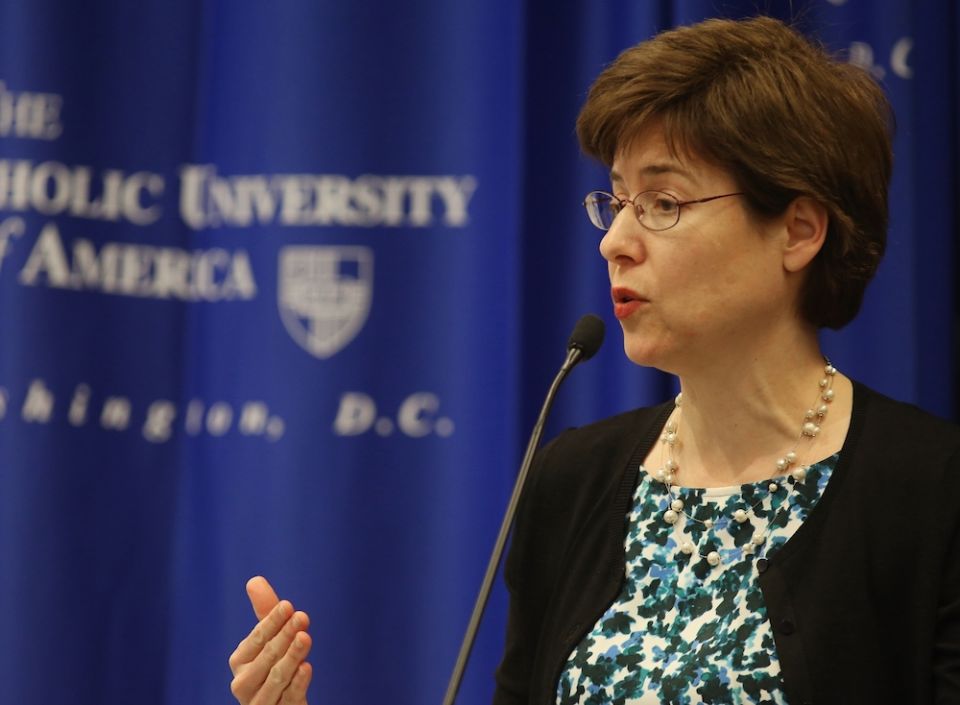 Melissa Rogers speaks during a forum on ending extreme poverty around the world at The Catholic University of America in Washington April 28, 2015, as head of the White House Office of Faith-based and Neighborhood Partnerships. Under the Biden administration, she will lead this office again. (CNS/Bob Roller)

President Joe Biden will reestablish the White House Office of Faith-Based and Neighborhood Partnerships, an office he pledges will serve a critical role in addressing COVID-19 recovery and systemic racism.

Melissa Rogers, who previously led the office from 2013 to 2017 during President Barack Obama's second term, will serve as its executive director, while Josh Dickson, who led faith outreach for Biden during the 2020 campaign, will serve as deputy director. Trey Baker, who led African American engagement during the campaign and is currently a White House senior advisor for public engagement, will serve as the office's liaison to Black communities.

The president is set to sign an executive order on Feb. 14, which will revive the office first established by President George W. Bush in 2001 as the White House Office of Faith-based and Community Initiatives. The office was reconstituted as the White House Office of Faith-Based and Neighborhood Partnerships under Obama but was not renewed by President Donald Trump. In 2018, Trump named celebrity pastor Paula White as the head of the White House's Faith and Opportunity Initiative, but unlike the Bush and Obama administrations, it was not a full office that operated within the Domestic Policy Council.

In announcing the reestablishment of the office, Biden sought to emphasize its history of bipartisan work and collaboration.

"There are not Democrats or Republicans dying from this pandemic, or losing their jobs, going hungry and facing eviction in this economic crisis, or facing the sting of systemic racism or the brunt of the climate crisis," Biden said in a statement. "They are fellow human beings. They are fellow Americans. And this is not a nation that can, or will, simply stand by and watch the suffering around us. That is not who we are. That is not what faith calls us to be."

In the statement, Biden said he was reestablishing the office "to work with leaders of different faiths and backgrounds who are the frontlines of their communities in crisis and who can help us heal, unite, and rebuild."

"We still have many difficult nights to endure," Biden continued. "But we will get through them together and with faith guiding us through the darkness and into the light."

In a press release, the White House outlined five key areas in which the office will work with civil society partners:

The announcement that the office would be reestablished comes nearly a month after 50 faith organizations signed an open letter urging Biden and Vice President Kamala Harris to reestablish the office.

"A fully functioning faith-based office (whatever the name) with appropriate funding is critically important to facilitate fruitful partnerships with faith and civil society organizations, and to ensure that members of your Administration have substantial and timely communication with the faith community," they wrote.

Following the announcement, Stephen Schneck, executive director of the Franciscan Action Network, praised the reestablishment of the office and its new appointments. 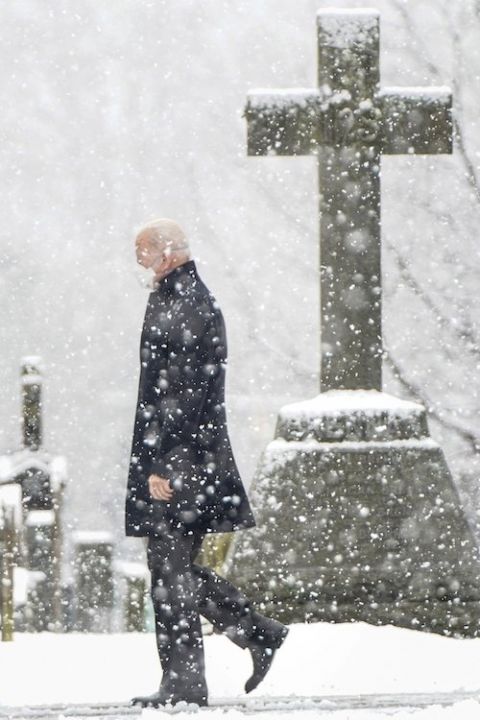 "I know both Melissa Rogers and Josh Dickson and they are utterly terrific appointments," he told NCR via email. "Melissa is one more sure and professional hand at the reins in President Biden's White House. Josh proved his mettle in managing the faith outreach of President Biden's campaign. Faith outreach in a campaign is a trial by fire and Josh did a superb job."

Schneck said he only knew Trey Baker only by reputation, "but he's well-respected in African American faith circles."

Rogers, who is a Baptist and an attorney specializing in law and religion, has a history of positive working relationships with the staff at the United States Conference of Catholic Bishops, along with Catholic leaders throughout the country, according to Schneck.

In an article last month for NCR, Rogers, along with political commentator E.J. Dionne, urged the Biden administration to "affirm a robust role for religion in the public square and to help Americans better understand their rights in this area by highlighting consensus statements about church-state law."

In July, Rogers told NCR that she worked closely with Biden ahead of Pope Francis' 2015 visit to the United States and that together they met with religious and civil society leaders to find practical ways they could punctuate the pope's visit with policy initiatives reflecting common ground between the White House and the Holy See. Those meetings led to a series of executive actions to increase refugee admissions to the U.S. and efforts to combat climate change.

Those actions, said Rogers at the time, are an example of how Biden "understands the positive roles that people of faith can play in public life."

A version of this story appeared in the March 5-18, 2021 print issue under the headline: Biden reestablishes White House faith-based office .