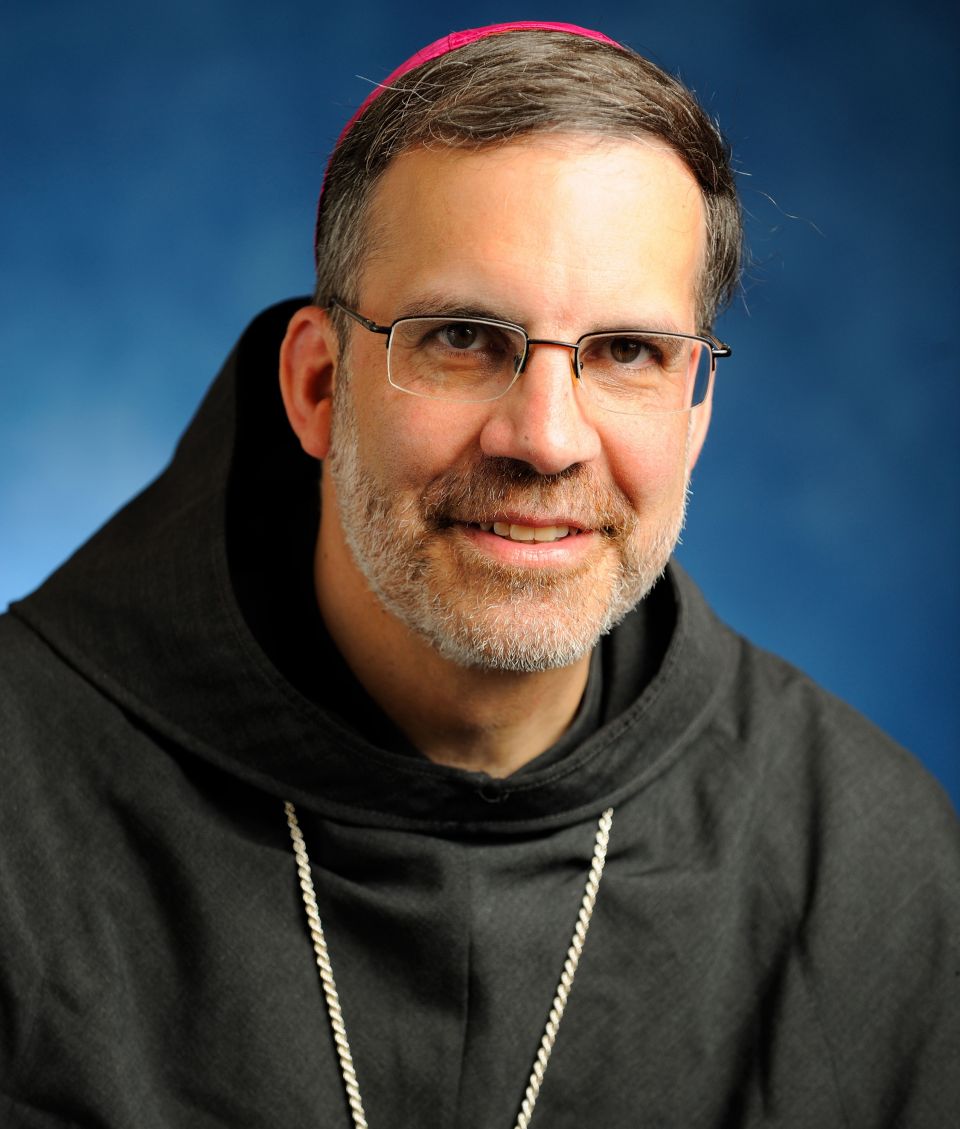 Washington — For the first time in six years, Pax Christi USA has a bishop president.

Bishop John Stowe of Lexington, Kentucky, has joined the national council of the Catholic peace organization.

She cited the bishop's ministry to poor and marginalized people throughout his priesthood as why the organization asked him to consider joining the council. He also serves as bishop liaison to the Catholic Committee of Appalachia.

"Bishop Stowe, being a bishop in one of the poorest dioceses in the U.S. brings a pastoral dimension to his ministry, listening to the struggling people of his diocese," explained Chappell, a member of the Sisters of Notre Dame de Namur.

The diocese covers 50 counties in central and eastern Kentucky and includes 40 counties that are part of Appalachia, where 74 percent of children live in poverty.

Stowe, 51, a Conventual Franciscan, said he was pleased to take on the role. He had been active in Pax Christi USA when he studied at the Jesuit School of Theology in Berkeley, California.

He said he appreciates that the organization has a rich tradition of spirituality to accompany its positions on justice and nonviolence.

"Pax Christ is one of the ways I keep the peace dimension of our faith in teaching and preaching and witnessing for Christ," he told CNS. "I'll be exploring ways to that about. You couldn't have lasting peace without justice."

He said the peace group has evolved in recent years to look more broadly at issues of economic and racial justice as part of the effort to create a peaceful, nonviolent world. That, he said, is a good thing.

The bishop credited Pope Francis for helping Catholics understand that full human development requires people of faith to connect economic, racial and environmental concerns with issues of war and peace. Such concerns are not a political undertaking, he insisted.

"With all the divisions, our work needs to be grounded in the principle of nonviolence, which doesn't mean we don't acknowledge the differences or don't mean to address core issues. It does mean we address them in a respectful way, and church people need to lead the way," he said.

The organization had been without a bishop president since January 2012 when Los Angeles Auxiliary Bishop Gabino Zavala resigned from his ministry after disclosing to superiors that he was the father of two children.

COVID-19 is not God's judgment, but a call to live differently, pope says