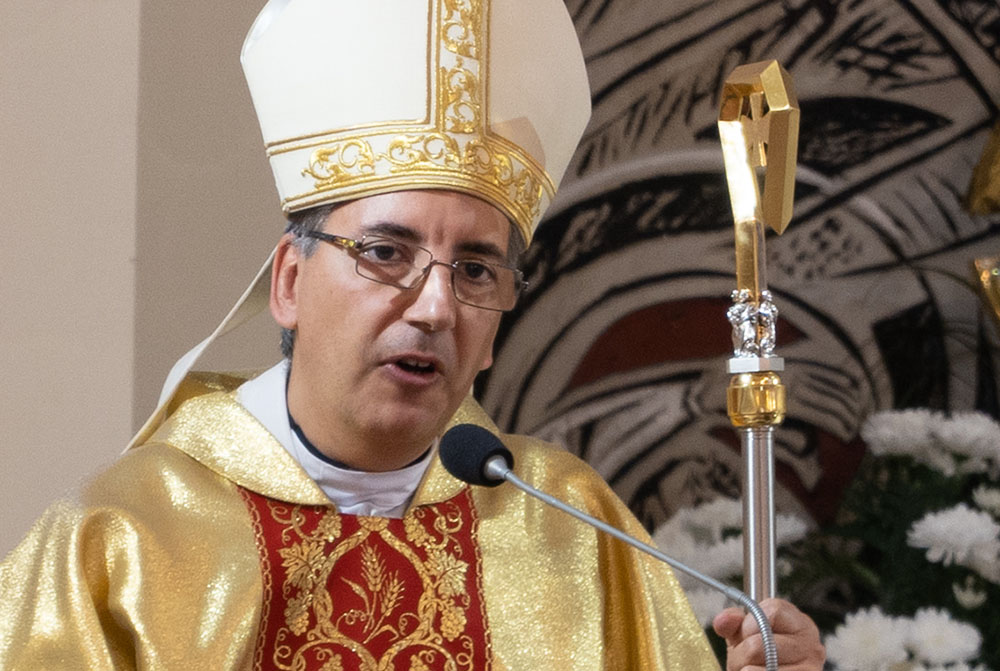 The newly created Catholic Bishops' Conference of Central Asia elected Spanish-born Bishop José Luis Mumbiela Sierra of the Diocese of the Holy Trinity in Almaty, Kazakhstan, as its first president.

Bishops and church delegates from Kazakhstan, Kyrgyzstan, Tajikistan, Turkmenistan and Uzbekistan, Mongolia and Afghanistan attended the meeting, joined by church leaders from the Vatican and South Korea. Ucanews.com reported the group met April 27-29.

Members discussed and set pastoral priorities for churches in the region and held talks over Pope Francis' planned visit to Kazakhstan in September, reported ucanews.com.

The Vatican Congregation for the Evangelization of Peoples established the new regional bishops' conference in September to help bishops throughout Central Asia respond to common challenges and to ensure mutual support as they address them.

Cardinal Luis Antonio Tagle, head of the congregation, connected virtually with meeting participants from the Vatican.

The Filipino cardinal said the conference "is called to play a special role in the ministry of the church in the territories of the countries of Central Asia. Although Catholics in this region are a minority, this does not detract from the role that the church plays in society."

Tagle also offered guidelines to the conference to carry out activities such as developing friendly relations with other religions and constant and proper formation of clergy, religious and laity for catechesis in parishes.

The new bishops' conference will undertake a range of initiatives, including the translation and publication of Catholic books, prayer books and manuals in national languages to contribute to the spread of the Gospel in various sectors of society. Ucanews.com reported the conference would work on publications for the synodal process, young people and families and the implementation of Caritas projects.

Earlier, the press service of the Kazakh Senate reported that President Kassym-Jomart Tokayev sent the Senate chairman, Maulen Ashimbayev, to the meeting to deliver his good wishes.

Ashimbayev said the president was aware that the bishops' meeting was held during the yearlong observance of the 30th anniversary of the establishment of diplomatic relations between Kazakhstan and the Holy See, ucanews.com reported.

He quoted St. John Paul II, who, during his 2001 visit to Kazakhstan, focused on the common goal of being "peacemakers, because a society firmly founded on peace is a society with a future."

The message also called Francis' planned visit to Kazakhstan in September a "historic and unique" event that confirms the country's status as a reliable platform for interreligious and inter-civilization dialogue.

The pope plans to participate in the seventh World Congress of Leaders of World and Traditional Religions scheduled for Sept. 14-15 in Nur-Sultan.

The Catholic Church officially began in Central Asia when the Vatican established an apostolic administration in Kazakhstan in 1991.

Islam is the faith of the majority in Kazakhstan, Uzbekistan, Kyrgyzstan, Turkmenistan and Tajikistan, with an estimated total population of 72 million, mostly Sunni Muslims. The region has a significant concentration of Russian Orthodox Christians.

Kazakhstan is the largest among the five central Asian nations, with nearly 15 million inhabitants. Catholics are estimated to number around 250,000.