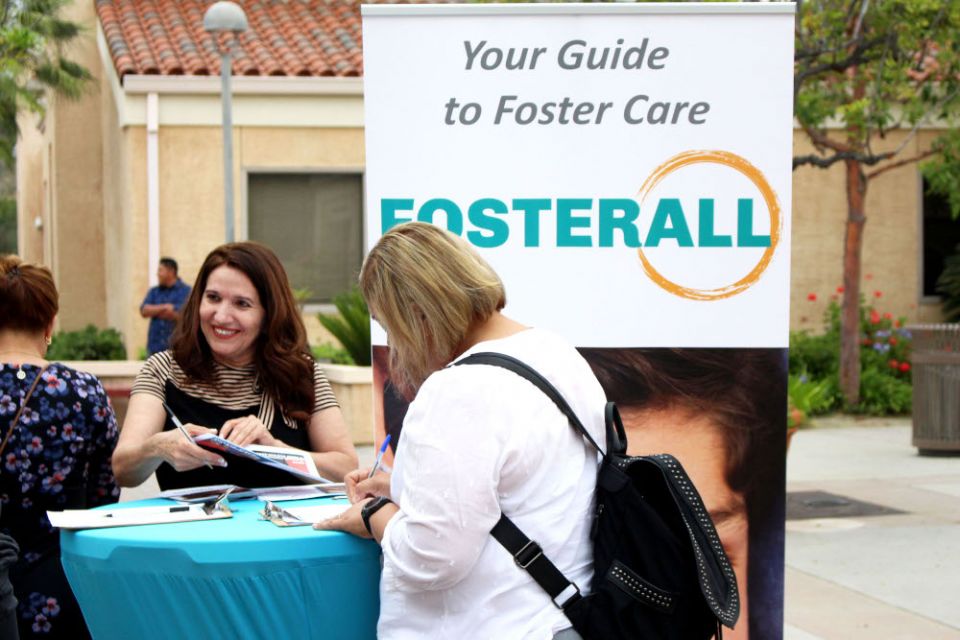 Los Angeles — With two biological children at home already, Noemi Amezcua, then not yet 30, asked her priest how she could get more involved in her community.

Her priest suggested foster care — something her sister, Maria, was already doing.

Twenty-seven years and more than 100 foster children later, Amezcua is working to convince other Latino families to offer themselves as parents to kids in need.

Amezcua, now 56, and her daughter, Jc Amezcua, 27, work with FosterAll, a group that recruits prospective foster parents from faith communities in Los Angeles and gives them support and guidance during the experience. FosterAll has worked with more than 140 faith partners across the area.

There are more than 40 foster family agencies in Los Angeles. The county can also approve “resource families,” as they are called in California. Each agency has different requirements regarding languages, location, support options, philosophies and more, said Katherine Hernandez, the director of FosterAll’s programs.

It can be hard for any one person to navigate, said Hernandez, which is why FosterAll works directly with each family to find the right fit.

On Father’s Day, Noemi Amezcua set up her booth outside St. Elizabeth Ann Seton Roman Catholic Church in Rowland Heights, just east of LA, where Masses are offered in Spanish and Chinese as well as English. As people began to file out, a small crowd gathered around the booth, wanting to know more.

She told parts of her own stories, answered questions and invited the congregants to an informational meeting. Jc, who said she grew up not realizing how different her family is, did the same thing at other churches throughout the morning.

As the next Mass began, Noemi Amezcua walked to her car as one family continued to ask questions. She moved on to attend two more parishes that morning, with her daughter visiting a few more.

Under a state program, the Los Angeles County Department of Children and Family Services supports recruitment efforts like FosterAll’s, which focuses on faith communities and pays Amezcua to connect with Latino Catholics in particular.

"One of the best places to find stable and loving resource families is through faith communities that promote strong families," said Michelle Vega, public affairs director at the Los Angeles County Department of Children and Family Services.

Latinos are in great demand as foster families in the county. More than 50% of the nearly 30,000 children in DCFS in Los Angeles are of Latino descent, and the county tries to place children in "homes that meet their cultural and linguistic needs and that of their families," said Vega.

But despite an increase of almost 8,000 in the number of Latino foster families statewide from 2012 to 2016, according to The Chronicle of Social Change, Latino children in care in California still number three times that amount. That means Vega can’t alway place Latino children in homes that match their cultural backgrounds.

Removing any child from a home causes trauma, but it’s worse when that child is placed in a home with unfamiliar customs. As Hernandez said, "It’s trauma on top of trauma."

"Therefore," Vega said, "it is critically important to recruit additional families in Latino communities who are willing to become a placement resource for a child or youth." 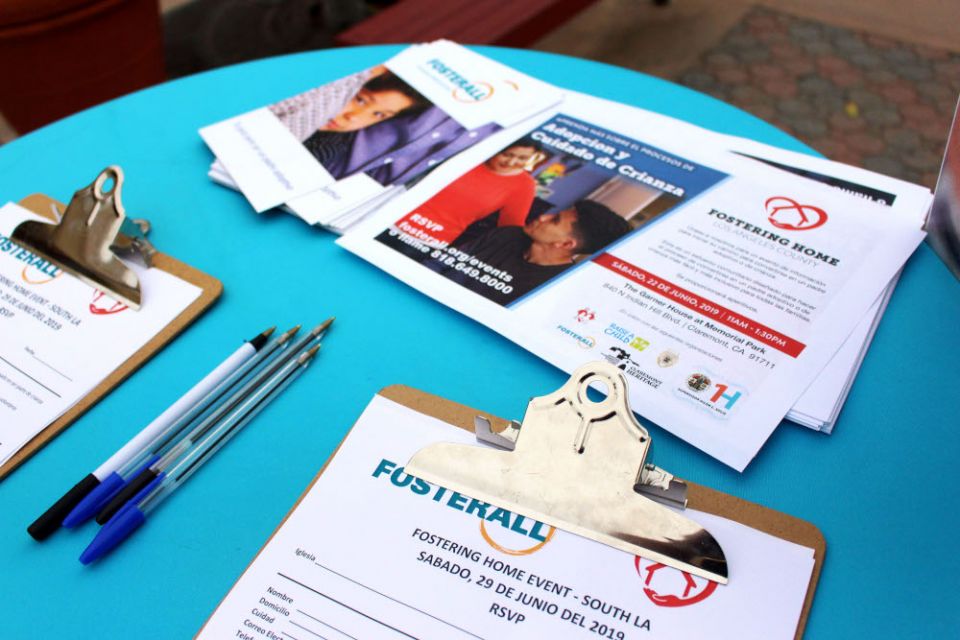 Amezcua warns those she recruits that fostering any child, culturally acclimated or not, isn’t easy. Foster children come from different circumstances — some manageable, some horrific. One of Amezcua’s foster children, for example, a 4-year-old girl, had been seriously burned before she came into Amezcua’s care, and her skin had to be cleaned every four hours.

The emotional toll caused Amezcua to wonder if she had the strength to continue helping children in tough situations, until one day the girl told Amezcua that she knew she was in good hands in Amezcua’s house because "there’s a God that heals me here."

That’s when, Amezcua said, she knew why God had brought her this little girl — and so many others.

But two years ago, when one of Amezcua’s three adopted children, Jessica, died of cystic fibrosis at age 19, Amezcua took a break from fostering.

During this break, she heard about FosterAll and slowly got back into the community, eventually opening her home again. Recently she welcomed three more children in foster care to live under her roof.

At their visits to churches like St. Elizabeth Ann Seton, Jc said she gets a lot of questions about requirements regarding same-sex couples, economic status, marriage status and their faith.

They welcome everybody, she said.

"I’ve heard a lot of myths about the foster care system," Jc said. "I want to show the good part about it."

The approach seems to be working. Of the more than 150 people who came to a FosterAll information session, 80 of them were people Amezcua had invited, according to Jc. About half filled out an application to become a foster parent.

FosterAll can’t say how many applicants became foster parents, as many are still going through the lengthy process. But at a time when California has spent about $140 million to recruit and retain foster parents, these numbers are already telling.

Said Jc: "I think our method works because we have hands-on experience."

She believes she’s being "placed in the right direction at the right time." People often tell her, she said, that they were asking God for a sign or that they had been thinking about foster care or adoption.

"We always end up being there," she said.

But then, she added, it’s time for the people they speak with to take that leap of faith.

No matter what the clock says

In family relations, good manners are no joke, pope says at audience