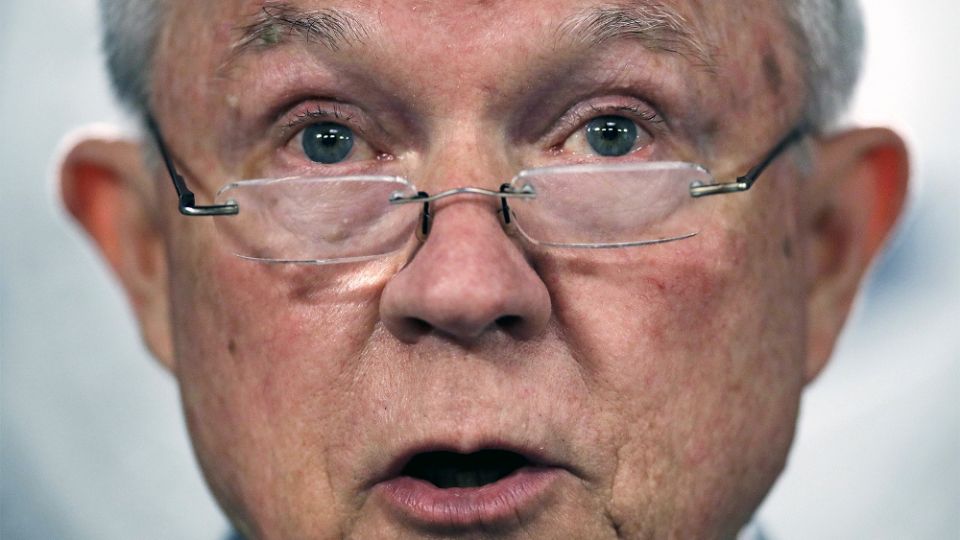 United Methodist Church officials in Alabama have dismissed a complaint signed by more than 600 church members in July that chided Attorney General Jeff Sessions for implementing the family separation policy along the border and attempting to justify it with Scripture.

But the logic of the decision, which cited a distinction between personal behavior and the actions of public officials, is not sitting well with some Methodist leaders.

The formal dismissal of the complaint by the Rev. Debora Bishop, district superintendent of the Alabama-West Florida UMC Conference, where Sessions' home church resides, came in a letter on July 30. It amounts to a final decision on the charges of child abuse, immorality, racial discrimination and "dissemination of doctrines contrary to the standards of doctrine of the United Methodist Church."

The resident bishop of the Alabama-West Florida Conference, David W. Graves, concurred with the opinion.

But other prominent UMC leaders argued that profound theological questions about the nature of church discipline are raised in the letter.

"It was not an individual act. I believe this type of conduct is not covered by the chargeable offense provisions of The Book of Discipline of The United Methodist Church, 2016 for laypersons," the letter concluded. "Therefore, your complaint is dismissed."

Lawrence said Bishop was invoking a secular legal concept known as the principle of "superior orders" — the idea that an individual cannot be held accountable for illegal actions if they were ordered to enact them by someone else.

"I do not follow the logic that grants someone, even the president of the United States, the right to 'superior orders' with regard to church law," Lawrence said.

Lawrence further noted that the "superior orders" defense has failed in U.S. courts. In the 1813 case United States v. John Jones, a privateer's crew was tried for stealing from a Portuguese vessel during the War of 1812. The crew members insisted they were simply following their captain's orders, but the judge dismissed their argument and found them guilty.

While Lawrence said that Bishop's finding closes the Sessions case, the dismissal is not binding for other church leaders should they encounter a similar complaint about a political figure in the future.

"They may be informed by this decision but they wouldn't be bound by it," he said.

"I'm not aware of any distinction in the (Book of Discipline) between individual actions and political actions," he said in an email to RNS. "It would be very helpful to know what passages of the Discipline or precedents in United Methodist Church judicial proceedings provide the basis for such a distinction."

Representatives of the Department of Justice and the Alabama-West Florida Conference declined to comment.

As word spread of the dismissal of the complaint, other questions cropped up. William Willimon, a retired bishop of the North Alabama Conference who said he clashed with Sessions years ago over immigration issues, also bemoaned the "dichotomy between personal behavior and public political behavior."

But Willimon also argued that the dismissal ignores an issue at the heart of the original complaint: Sessions' attempt to justify the policy by invoking Christian Scripture, a move that prompted a backlash from American religious groups beyond the United Methodists.

"Do what you've got to do politically, but please don't drag Jesus into it," Willimon said, adding he believes Sessions "grossly misinterpreted" Scripture when he cited the Bible to justify the family separation policy. 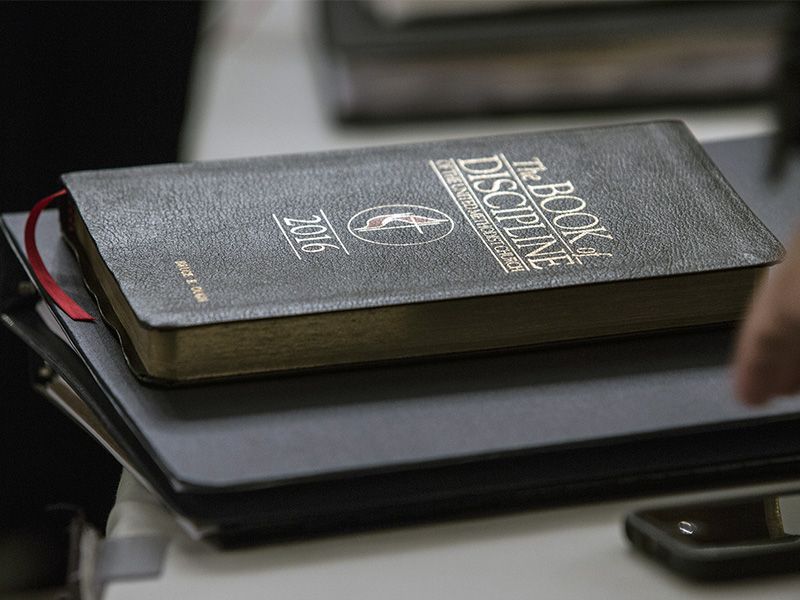 A copy of the UMC Book of Discipline rests on a table during an oral hearing on May 22, 2018, in Evanston, Ill. (Kathleen Barry/UMNS)

"It's the wrong decision because they ignore that (Sessions) definitely spoke from a faith perspective," she said, referring to the attorney general's news conference at which he quoted Romans 13 to justify the family separation policy. "He's disseminating information that is contrary to our doctrine and our belief."

Carcaño voiced that her "greatest disappointment" was "there doesn't seem to have been any effort to create a circle of just resolution" — a practice prescribed in the Book of Discipline in which both the accuser and the accused are counseled by a religious mediator to achieve resolution.

The architect of the original letter of complaint, University of Puget Sound chaplain Dave Wright, released a statement with two other Methodists objecting along similar lines. They insisted that it "avoids the most basic level of accountability – a pastoral conversation – and fails both Mr. Sessions and denomination."

But Wright also sees the decision as at odds with Methodism's overarching principles. "I really struggle to understand how this is an acceptable response for a faith that has talked about personal and social holiness," Wright told RNS. He said the district superintendent did not speak with him before making the decision, and he added that the response "is worse than anything I'd imagined."

Wright said that while he cannot appeal the decision, he and his cohorts are asking Methodists "to engage heart, mind and body, resisting not just Mr. Sessions but the policies, the culture and whenever we see our faith used to cause harm."

In the meantime, Carcaño and others said they still believe the complaint was valuable, even though it was thrown out.

"I think those 600-plus people did a great service on behalf of the church," the bishop said, "not just the United Methodist Church, but the greater church who stand with them in decrying this cruel, unjust and, I would say, illegal treatment."

'Zoombombing' comes for houses of worship