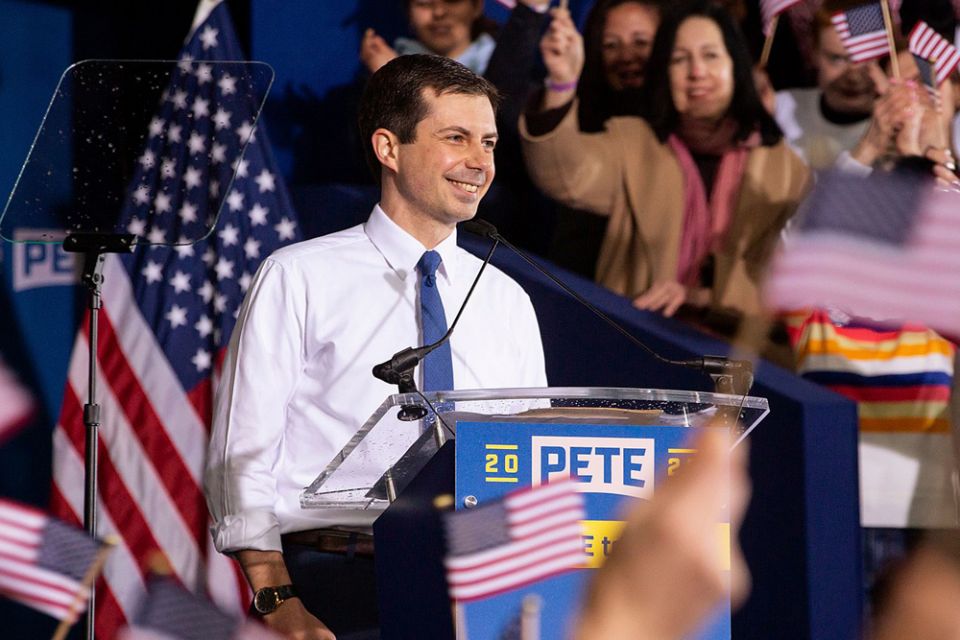 South Bend, Indiana — In the middle of the second round of national debates among Democratic presidential candidates, millions of Americans have been increasingly curious about that mayor with the strange last name from South Bend, Indiana.

Mayor Pete Buttigieg, 37, is a two-term mayor who was first elected in South Bend in 2011 as the second youngest mayor in its history. In almost eight years as mayor, he worked to lure tech companies to the city struggling to move beyond its dying industrial base. He led a successful campaign to reclaim 1,000 deteriorating or abandoned houses in 1,000 days. He's acquired necessary funding for expensive public works projects that had been put on hold.

South Bend reelected him for a second term in November 2015 with 80% of the vote. And that landslide came after he'd announced the previous June in the South Bend Tribune that he is gay. Buttigieg took that risky step, stating he wanted to be transparent with the people of the city.

After years of struggle, he said, he understood that his sexual orientation was "just a fact of life, like having brown hair, and part of who I am."

Now, as the youngest Democratic candidate, he is the focus of national interest. 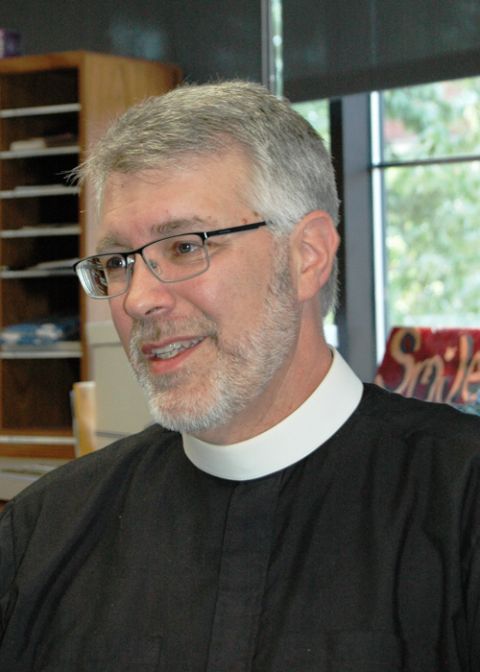 "The person you see on TV is the same person I know. And that is the highest compliment that I can pay a politician. He is who he appears to be," the Rev. Brian Grantz, rector of the Episcopal Cathedral of St. James, and the mayor's pastor for the past decade, told NCR.

According to Grantz, the mayor began to attend the cathedral on Sundays soon after moving back after college to South Bend, where he was born and raised. "He just sat in the back with some of the younger folks in the congregation and stayed with it, even throughout his whole mayoral campaign."

The mayor's parents, Joseph Buttigieg and Anne Montgomery Buttigieg, were both professors of English at the University of Notre Dame. Joseph Buttigieg was the director of the Hesburgh-Yusko Scholars Program, an initiative to help scholarship students develop as leaders. Both parents retired a few years ago, but Joseph, 71, died last January after a brief illness, and just a few months before his son launched a campaign for the presidency.

The Buttigiegs, friends report, had their only child baptized as a Catholic. Joseph Buttigieg was a native of Malta, a very Catholic island nation in southern Europe, where he studied for the priesthood at a Jesuit seminary. When Buttigieg was ready for high school, his parents sent him to St. Joseph High School.

He won an early acceptance to Harvard. After Harvard, Buttigieg won a Rhodes scholarship and went on to graduate school at Oxford. While studying in England, he began to attend Christ Church Cathedral. He later explained to CNN that by the time he returned to South Bend, he "felt more or less Anglican." 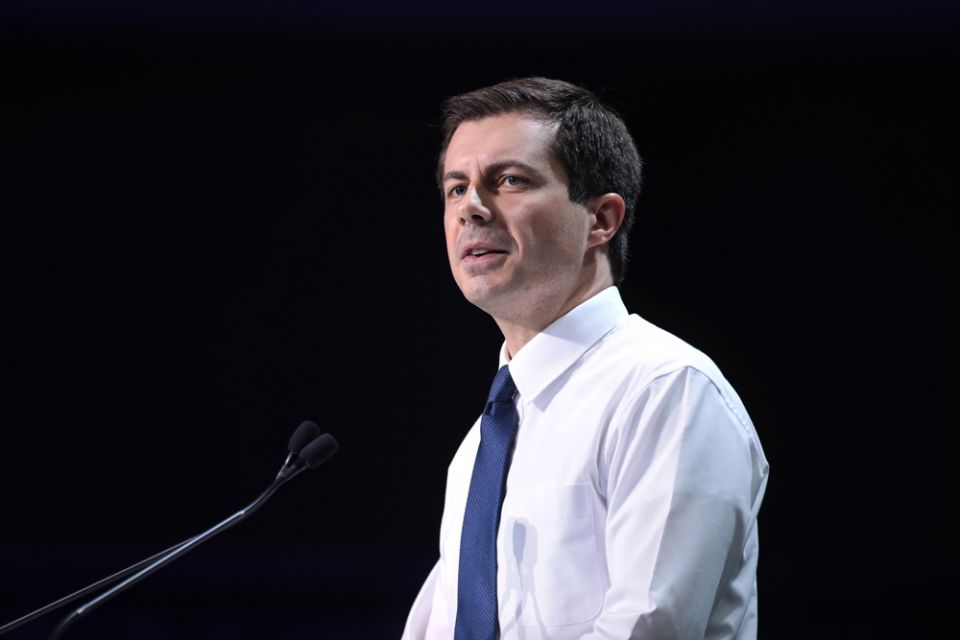 Grantz says he was happy to preside at the marriage of Buttigieg to Chasten Glezman in June 2018, after the Episcopal Church had approved the blessing of same-sex marriages for those in life-long and committed relationships.

Like Grantz, Julia Chismar has been a South Bend friend and supporter of Pete Buttigieg for many years.

Chismar was an economics teacher and the Fed Challenge coach at St. Joseph High School when she first met Buttigieg. Also the director of admissions, she taught or interacted with hundreds of students over the years. But, some things that she saw in this teenager stood out.

One was his amazing intellectual curiosity, she said.

"One day," she recalls, "he poked his head inside my office, since his locker was nearby. He told me that he wanted to learn a language from each continent! He said he was starting with Korean since a girl in the senior class was from Korea." Though he didn't get too far with Korean, Chismar said, she later discovered that Buttigieg had actually learned Spanish, Italian, French, Maltese, Arabic, Dari Persian and some Norwegian. 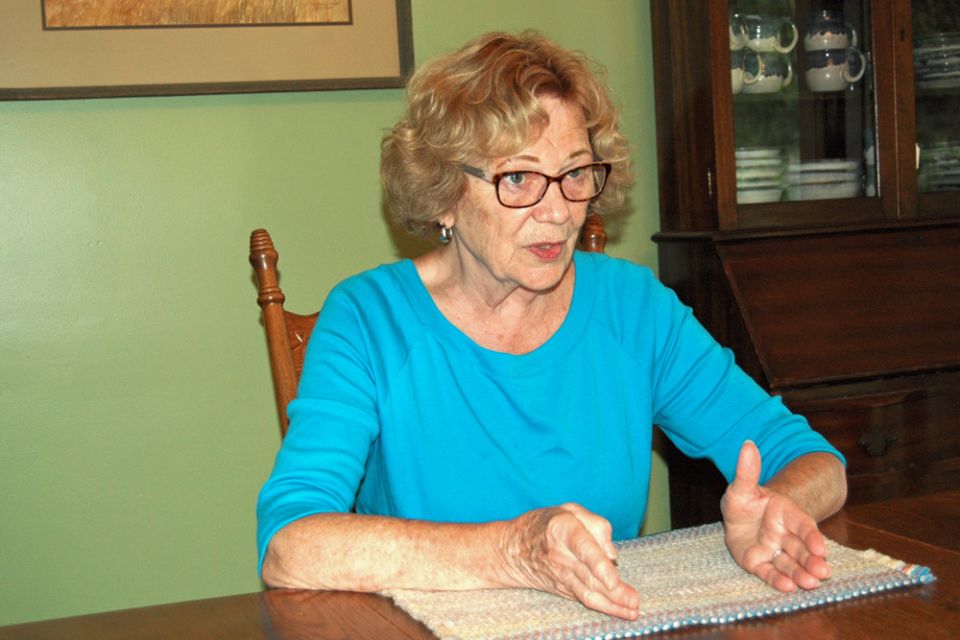 One school day, while rushing to get to another classroom, one of her students, a boy with learning disabilities, intercepted her in the hallway. Chismar remembers that the boy was trying to explain something to her in great and exhausting detail. But, he was difficult to understand. "I was anxious to get to my next class and was aware that I needed to move on."

Then, Buttigieg walked by and picked up on the situation. He knew the boy well and began to engage him in conversation, liberating his teacher to move on.

"I watched Peter for a while. He didn't hurry him. He just stood there, listening. High school can be cliquish," observed Chismar. "But, Peter was not. He moved between groups and related to everyone. He was senior class president and was attentive to everyone."

Both Grantz and Chismar say that in recent weeks, they've done a number of interviews about the mayor. Questions often focus on the mayor's religious views and his frequent references to the Bible.

"I think Pete's sense of duty and his sense of justice is all informed by faith and values. And you hear that in his campaign."
— Rev. Brian Grantz

When talking about the separation of migrant children from their parents at the border, the mayor recently referenced the parable of the good Samaritan. He reminded his audience that Jesus was trying to explain how neighbors should care for each other.

"He is so knowledgeable on such a wide array of things," Grantz said. The mayor's pastor recalled that he has had many discussions with him over the years about moral and theological issues.

"He really thinks very deeply in a broad array of areas. So, his faith is integrated into his positions which you hear. His faith informs his politics and all of it informs his actions and his priorities," he added. "I think Pete's sense of duty and his sense of justice is all informed by faith and values. And you hear that in his campaign."

In 2007, according to his book, Buttigieg was campaigning for Barack Obama before the primary in Iowa, when he discovered how many lower-income young men there were joining the military during the Iraq War. The future presidential candidate, then 25, felt it was unjust that defending the nation was a burden borne by only certain segments of the population. "The more I reflected on it, the less it seemed I had any good excuse or reason not to serve," Buttigieg wrote.

He entered the Naval Reserves and trained for Naval Intelligence after becoming mayor. Because he spoke Dari, the language spoken in Afghanistan, he was particularly valuable. In 2014, he was deployed for seven months to Afghanistan, where he worked with a unit assigned to disrupt terrorist financial networks. He was also an armed driver — a "military Uber," as he called it — for the local commander who traveled often over dangerous roads into Kabul.

"This is what I'm coming to understand about Peter," said Chismar. "That moral compass. … He follows that compass and aims to be useful. ... It's his sense of duty. I think that's what drives him. He believes in it. It's authentic."